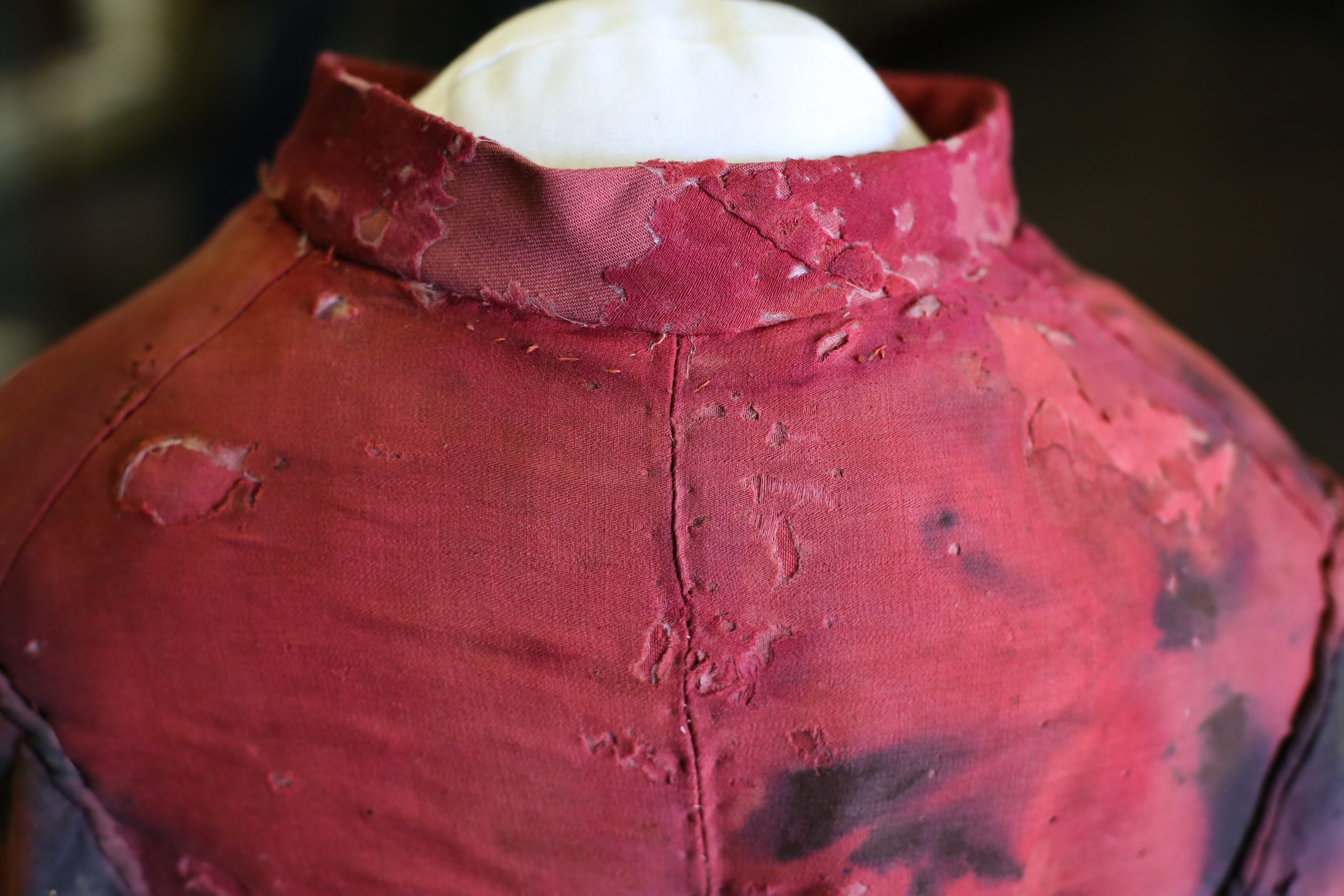 A Resurrected Remnant of the Macarthur’s Colonial Clip

The Macarthur Cloak, this striking scarlet-coloured opera coat, was made in England in 1817 from Australian-grown merino wool. It was commissioned by the Macarthur family of Elizabeth Farm, near Parramatta, Sydney.

John Macarthur (1767-1834) is widely recognised as a pioneer of the Australian wool industry, though he first worked in the colony as a soldier in the New South Wales Corps. Elizabeth Farm was named after his wife Elizabeth Macarthur (1766-1850), who accompanied John to the colony in 1790 and was active in the family’s fine-wool enterprise.

When working as a solicitor and representing his father’s interests in London, Macarthur’s son – also named John – had fleece grown at Elizabeth Farm made into custom garments as gifts, to promote the high quality wool produced in the colony. Six cloaks were crafted – hand-spun and hand-sewn to the highest standards – from the Macarthur’s 1816 clip. When the coats were received in NSW John Macarthur Snr wrote to his son: ‘We are all much pleased with our coats – the quality of the cloth, I think cannot be exceeded, and I am satisfied with what you have done in distributing coats.’

Dr Harold Lethbridge (1880-1964), a kind-hearted and much-loved doctor from Narrandera in the NSW Riverina district, acquired one of the Macarthur coats from his grandfather Robert Lethbridge. Robert was a great-grandson of NSW’s Governor King, and King is believed to have been gifted one of the coats.

Harold was an avid collector and the Lethbridge Collection, which included the cloak, was later gifted to the Narrandera Intermediate School. For reasons unknown, the collection was eventually stored under the grandstand at the local sports stadium.

In 1970 the Narrandera Historical Society’s first President spotted the coat being used as a mat to wipe the muddied boots of the local football team. The cloak was immediately retrieved and the Narrandera community rallied to raise funds for its painstaking restoration. The community also raised money to buy the Parkside Cottage to house the Lethbridge Collection, along with other items acquired by the Society.

The Macarthur Cloak donated by Dr Lethbridge is the only remaining of the six commissioned in 1817. It is the only known garment made from the fleece of John and Elizabeth Macarthur’s earliest merino flock. 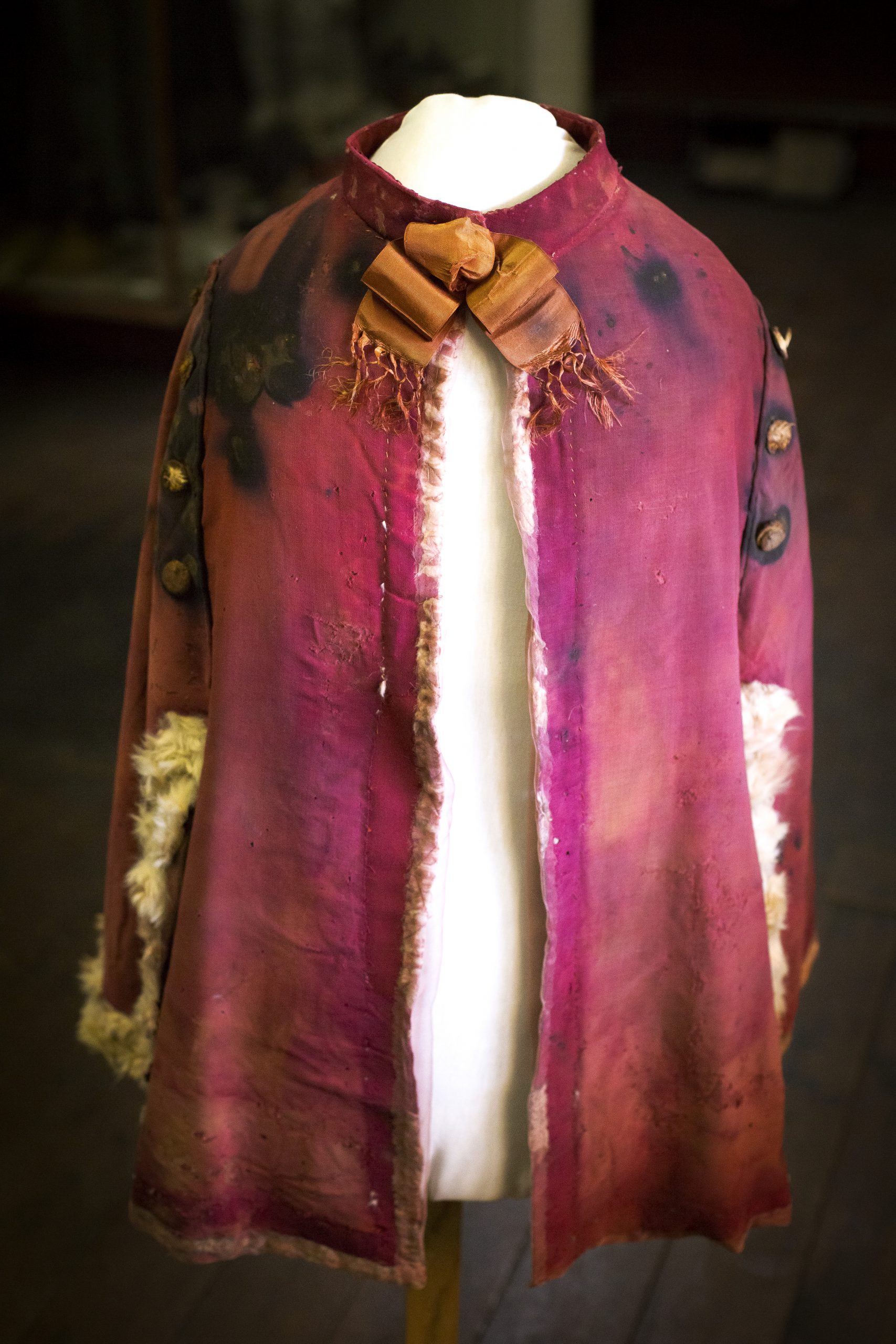 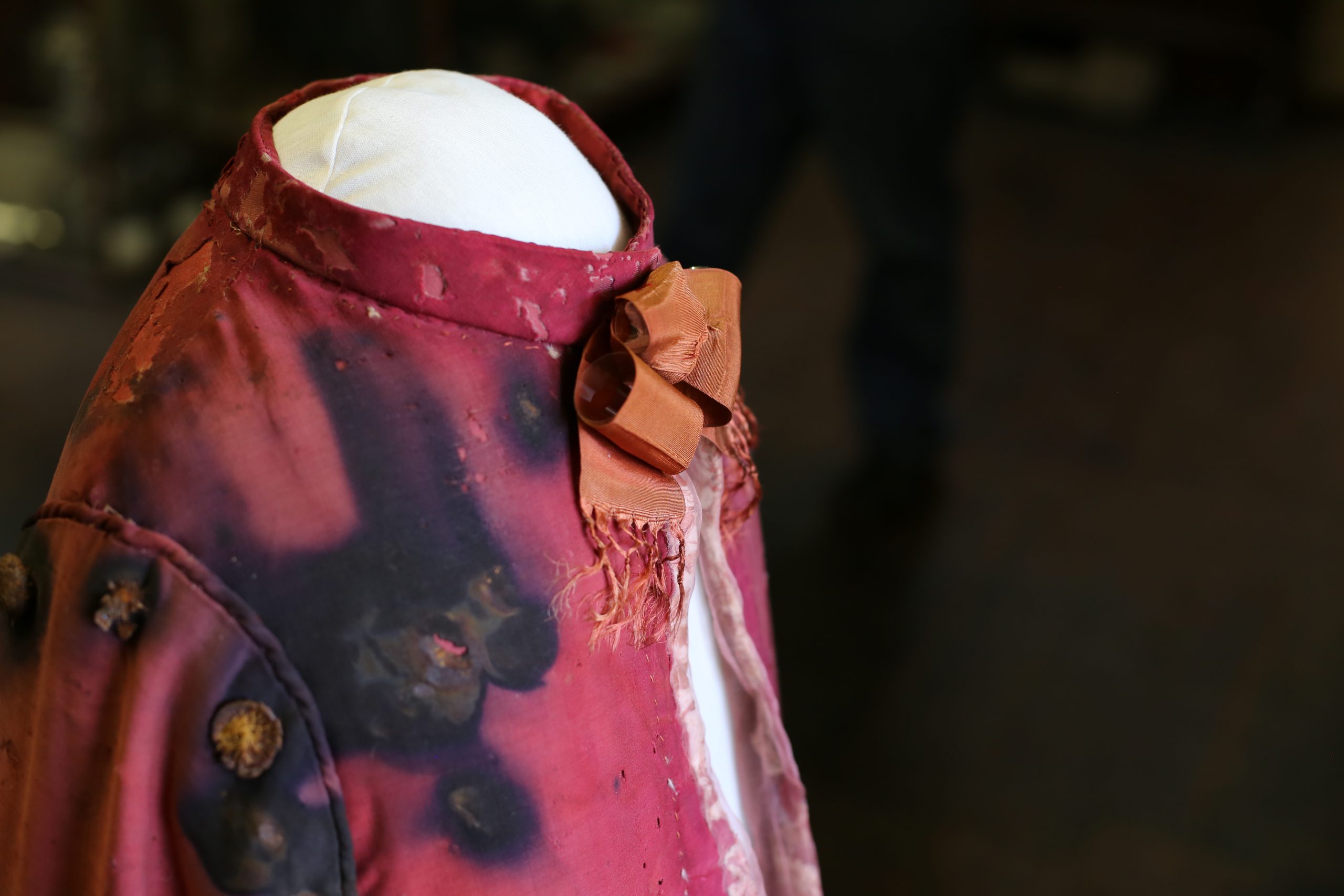 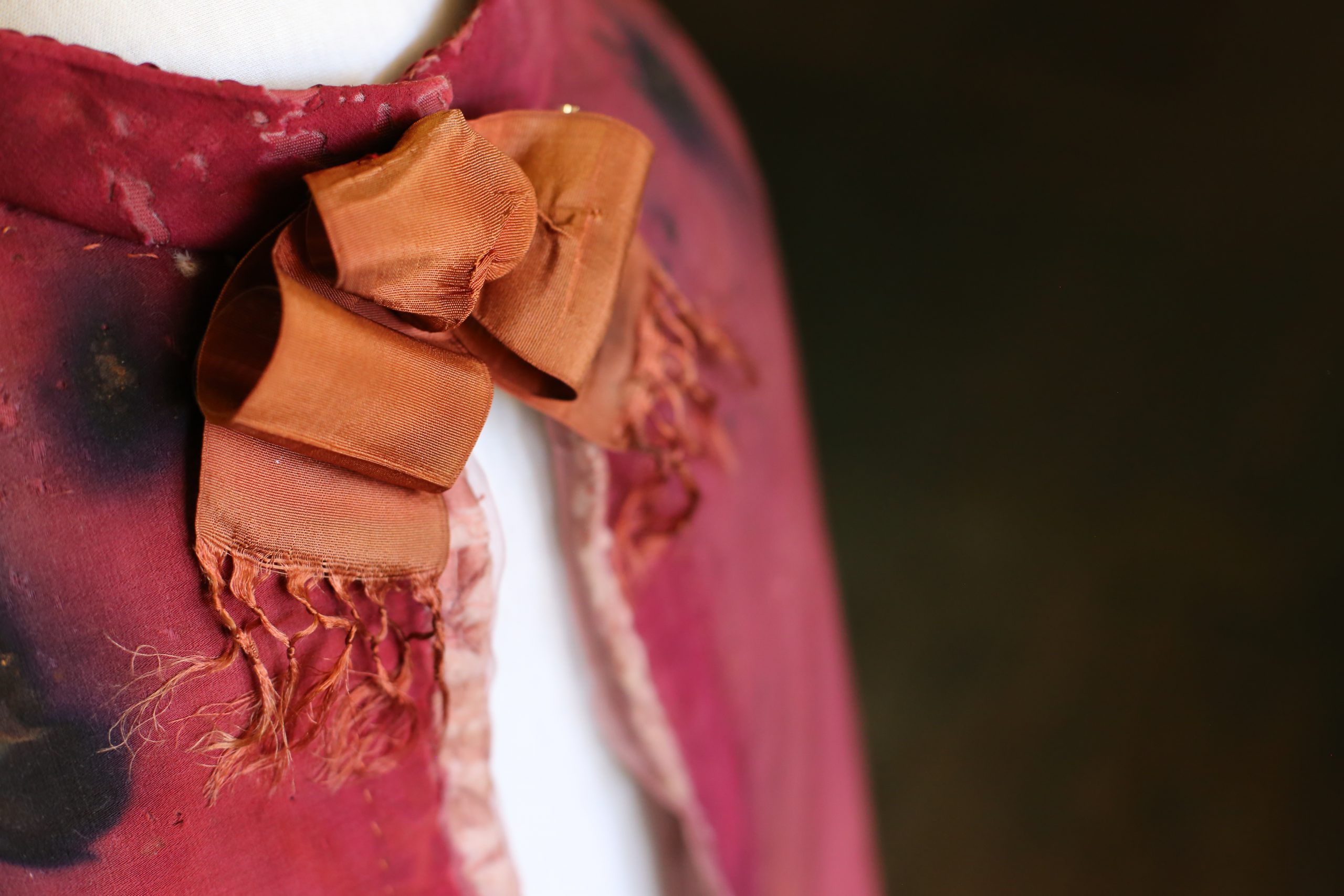 Narrandera and Sturt Historical Society notes on The Macarthur Cloak.

Parkside Cottage Museum, on Wiradjuri Country, occupies a 100-year-old weatherboard cottage in the town of Narrandera, in the Riverina Murray region of New South Wales.

The museum is operated by the Narrandera and Sturt Historical Society (established 1968) and holds a mixed collection of curiosities and local memorabilia, including a crimson coat made in London from John Macarthur’s early wool clip. Also on display are items associated with the riverboat trade on the Murrumbidgee, an extensive and valuable worldwide collection of shells, a set of silver ingots marking 1,000 years of English monarchy, vintage Telecom Australia equipment and items from Robert Scott’s Antarctic exploration. 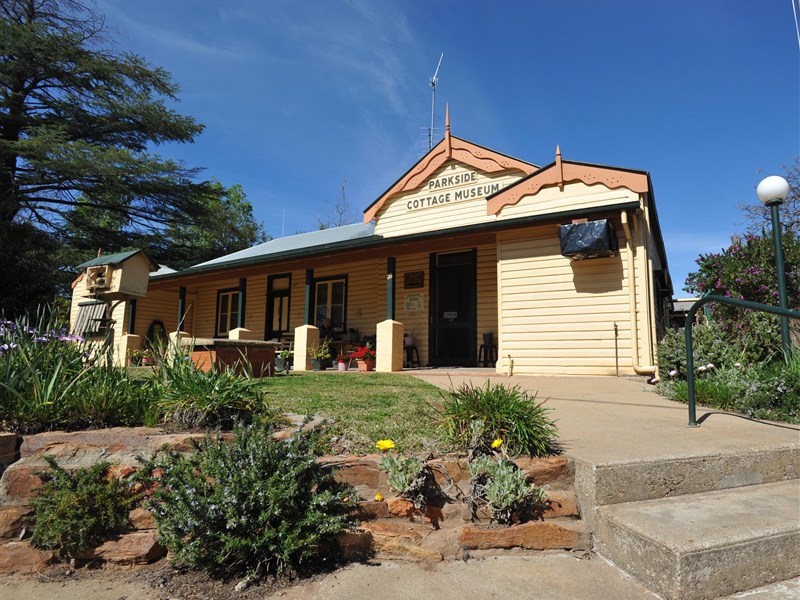