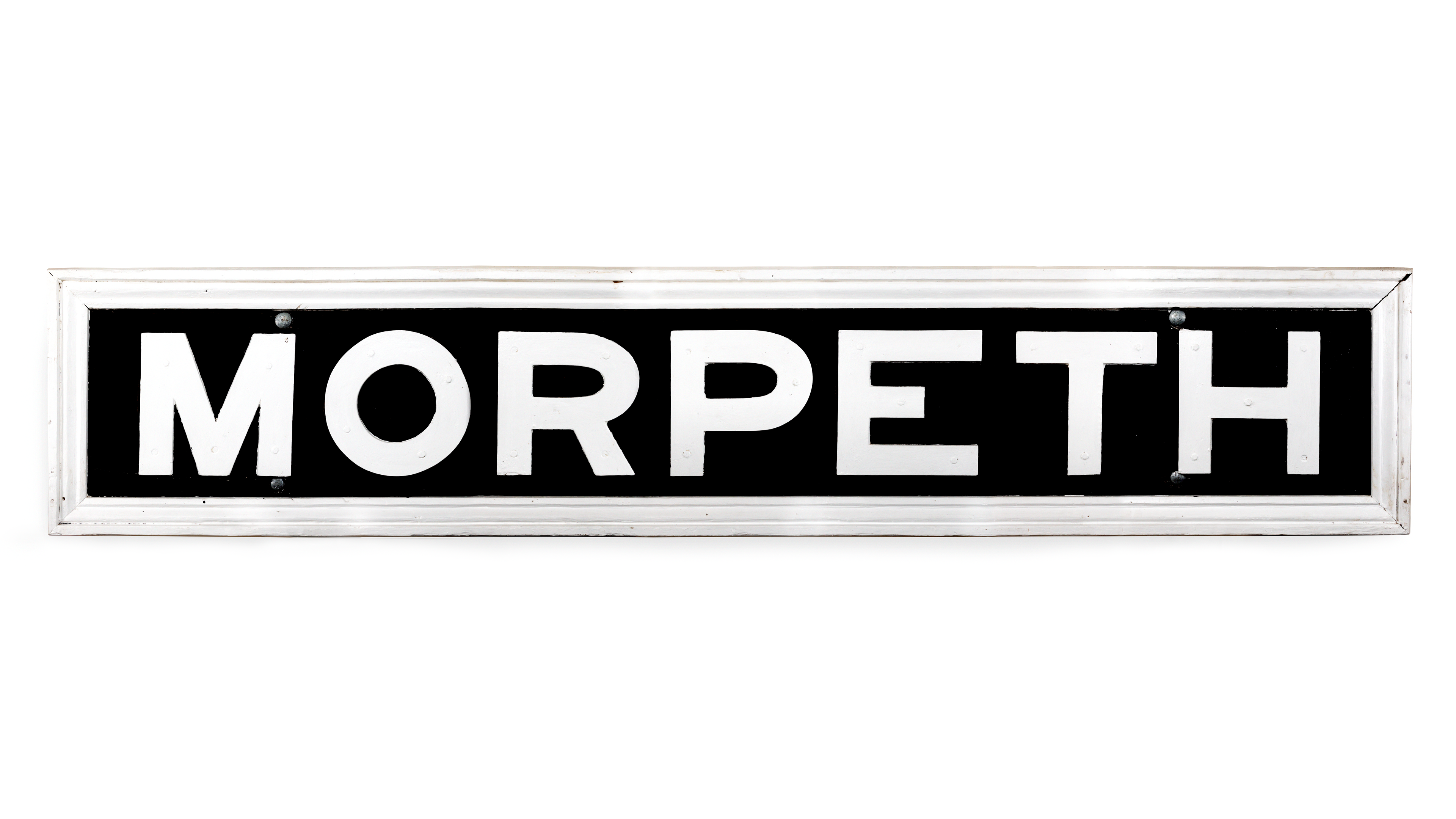 Every train station has one. The familiar sign that reminds you to get off the train at your stop, or to stay on, if it’s not. Like all others, this sign from Morpeth train station at Robert Street, Morpeth, is a silent witness of decades of comings and goings. Built in 1889, Morpeth was just one station on the East-Maitland-Morpeth railway, a short four-station line, which opened in 1864, between East Maitland station and Queen’s Wharf, Morpeth.

Mounted on the wall of the brick passenger station building, above the timetables, this sign was probably installed when the station was built. It overlooked the platform, with its ornate Victorian cast iron veranda posts, and saw countless steam engines and trams chugging past, pulling carriages loaded with wool bales, cattle and timber from around the region, bricks from the local Baker’s Brickworks and butter from the Bowthorne Co-operative Butter Company. All were being transported to the end of the line – Queen’s Wharf, a deep-water port, where the goods were loaded onto steam ships which plied the Hunter River to Newcastle and down the coast to Sydney.

By the early 1950s road transport had increased, ending the use of the river for transport, and causing the closure of the railway in 1953. But this Morpeth station sign was saved as a souvenir. Two legs were attached, and it took on a second life, standing in the grounds of Morpeth Theological College. There, it simply and proudly announced the name of the town that was once an important river port and centre of transport and trade for the Hunter Region.