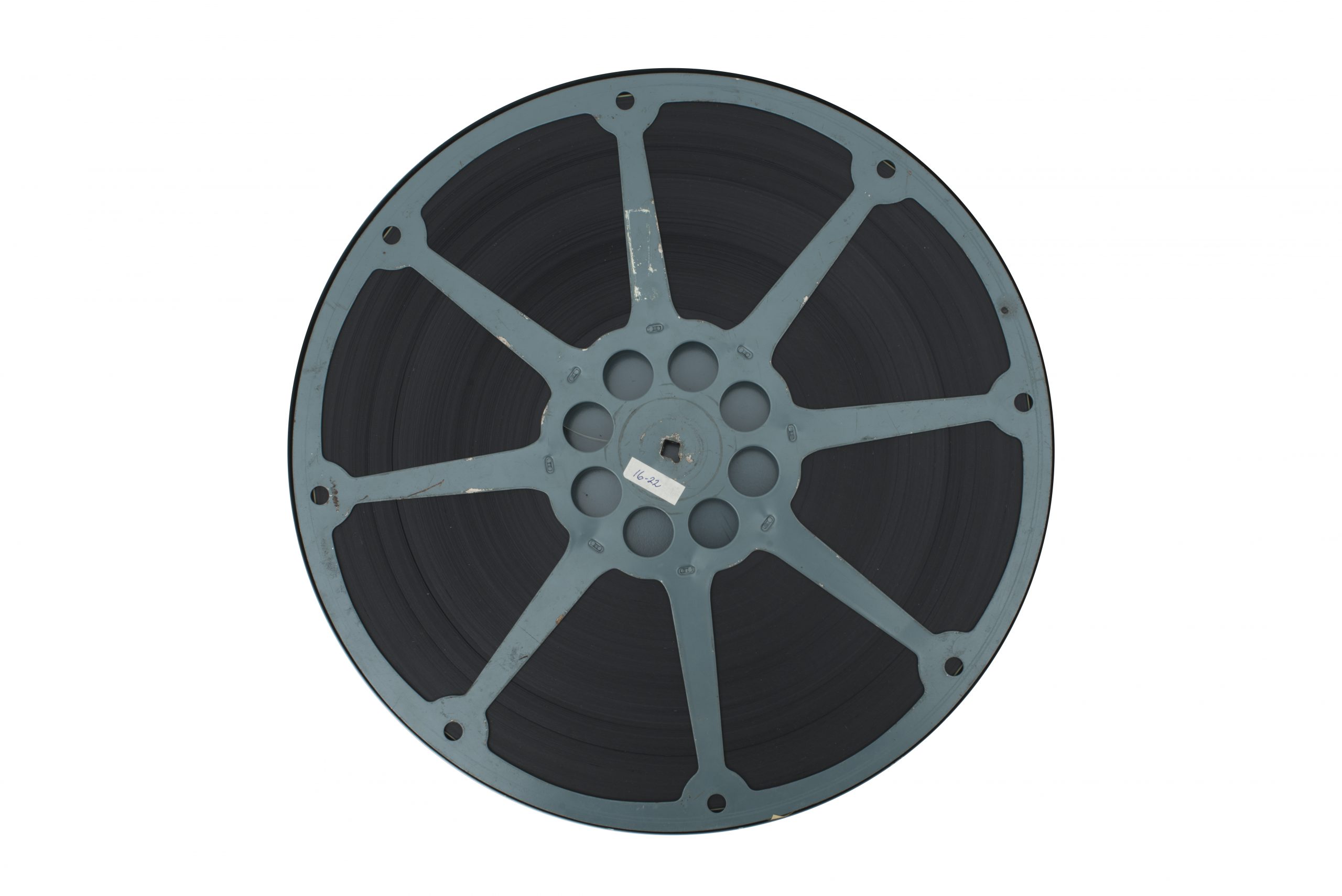 Building a Church Frame by Frame

Canon Gerrard Baker, Vicar at West Tamworth’s Anglican Church from 1930-1966, was a keen amateur film maker. His respectable standing in the community allowed him to document many local events, including visits made by dignitaries such as Indira Gandhi and Prince Charles. He had an arrangement with the local pharmacy – Cohen’s Chemist – to buy outdated film stock at a reduced price.

Baker’s 16mm collection is kept by the Tamworth Regional Film and Sound Archive and was donated by his son Arthur, a founding member. His most complete documentary covers the building of the new Anglican Church in West Tamworth, St Paul’s, in the mid-1950s. The film’s commentary was recorded by Tom Whitcomb, chief engineer and co-founder of local radio station 2TM, on 12-inch acetate discs, which are also held in the collection.

Baker was born in Canterbury, England, on 10 December 1900. He arrived in Australia at 12 years of age. After training for the ministry from 1919, he was ordained in St Peter’s Cathedral at Armidale in 1925 and settled in Tamworth in 1930. Sometime after the invention of 16mm film in 1923 Baker was drawn to the growing popularity of this new medium.

By 1945 it was clear that the current St Paul’s was no longer suitable for a growing congregation and fundraising for a new church began. With limited funds the parish could not afford to use ordinary commercial bricks. A huge community volunteer project was launched to manufacture cheaper concrete blocks, using two steel moulds purchased from Sydney.

Over six years a team of 145 men, including 130 volunteers, made over 90,000 standard concrete blocks. Special blocks were also made using wooden moulds for the lintels at the tops of windows, doors and arches. Manufactured at the vicarage, the blocks were transported to the building site by the volunteers.

Designed in the Norman style by architect Leith C. McCredie the total cost of the church to the parish was £54,000. Volunteer labour saved close to £32,000, and Canon Baker obtained his Hoist Driver’s Certificate in 1957 to contribute to cost savings. At the dedication of the church on 29 November 1958 the Bishop of Armidale was able to sincerely declare, ‘It is your parish church. Built by the parishioners’. 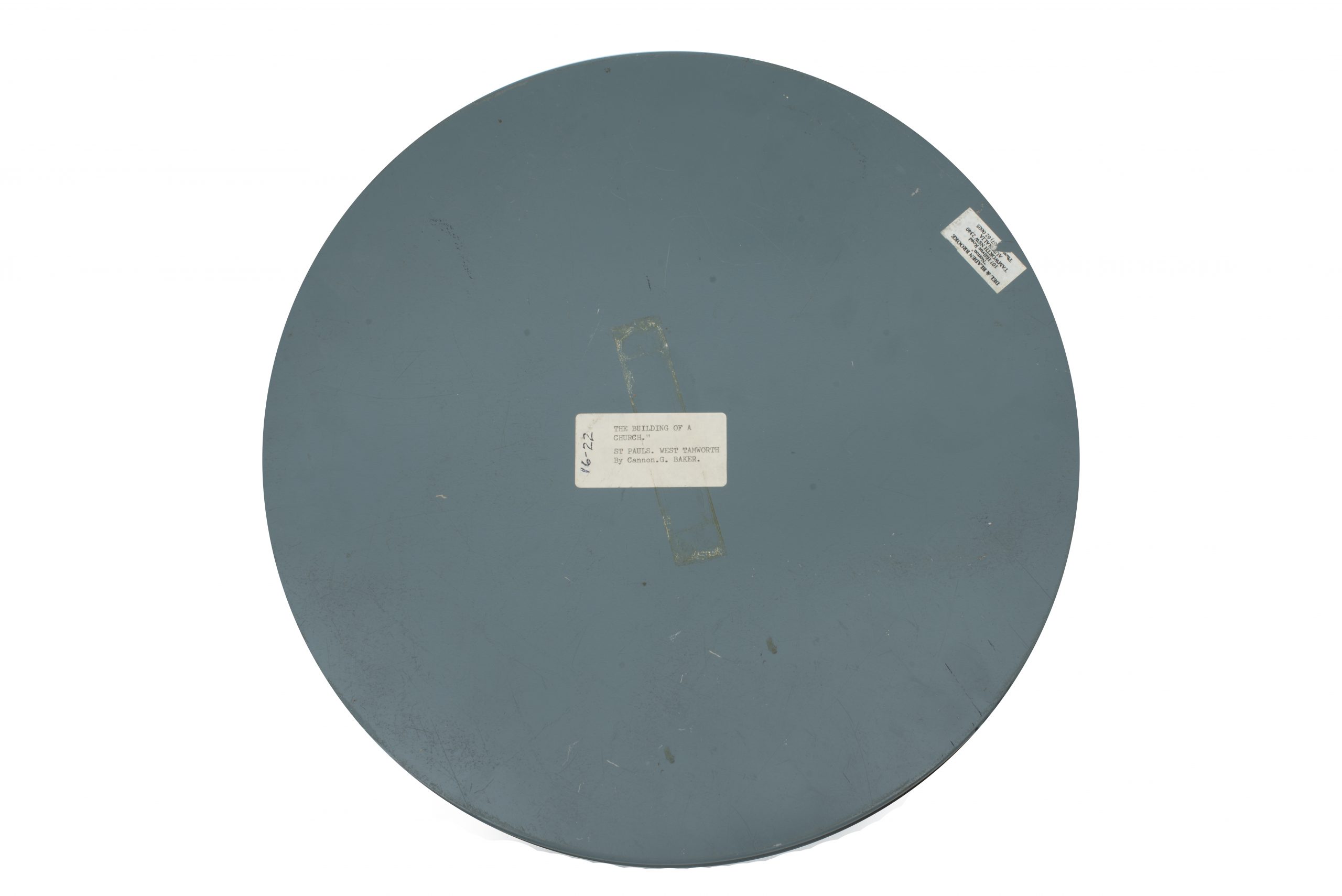 Tamworth Regional Film and Sound Archive is in the regional city of Tamworth, on Kamilaroi / Gomeroi Country, in the New England region of New South Wales.

The archive was formed in 1995 to identify and promote the region’s film and sound heritage, and today holds an extensive collection of locally and regional produced media recordings dating from 1916. Along with over 8,000 cans and cassettes of sound and visual material, there are over 20,000 items on the archive’s database.

Emulating the National Film and Sound Archive, the Tamworth Film and Sound archive works to conserve historic media from the region and provide access for research and discovery.