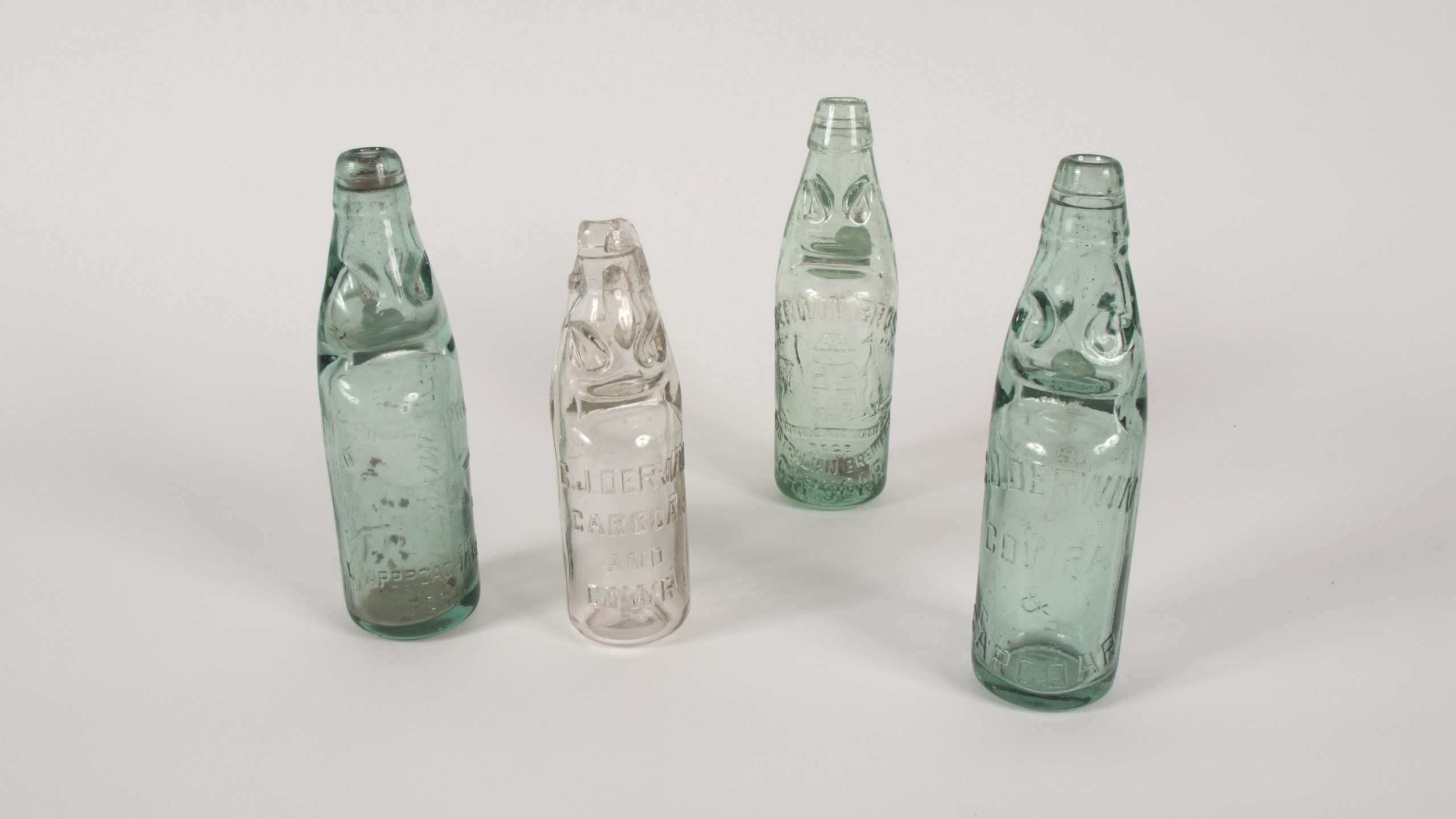 Cordial Making in the Central West

To meet the  growing demand  for  cordial and fizzy drinks, soft-drink factories established in many NSW towns and villages in the second half of the nineteenth century. The glass and ceramic bottles shown here were used by Heavener (later Ashelfords) of Blayney, Bathurst and Lithgow; and the Derwin Bros. at Carcoar and Cowra. They illustrate the interesting history of cordial manufacturers  in the Central West, where soda water, lemonade, ginger beer, non-alcoholic ales, and fruit syrup cordial, were all made locally.

Hugh Heavener established his cordial factory in Blayney in 1882. By 1915, his factory in Hill Street consisted of a two-storey brick building with stables at the rear. His stock included: 600 dozen syrups; 1000 dozen bottles of light ale; 2000 dozen bottles of cordials; and 4000 dozen mineral water bottles; two coaches, one truck, one cart, and seven horses. In all, Heavener had an annual turnover of between £4000-£5000.

Derwin Bros. cordial manufacturers of Carcoar and Cowra were as successful as Heavener. Beginning in 1896 at Carcoar, the Derwin brothers regularly won prizes at various shows for their ‘refreshing fizzy drinks’. As a result of the increased demand for cordial products in the early-1910s Derwin enlarged and automated his plant. He purchased the Barnett and Foster Valveless Roundabout machine, which produced 210 dozen bottles of cordial a day.

Among the marketing points emphasised by aerated water and cordial makers was the heath giving properties of water, given the minerals it naturally contained – such as iron and magnesium. Heavener drew his water from a town well, while Derwins had their own water. Gas cylinders were purchased from Sydney to add the fizz to water and the syrups were made locally in large stone vats.

Bottles were sealed with ball stoppers, stamped metal caps or corks and labels were glued on by hand; they were custom-made for each manufacturer and remained their property; their name and ownership was usually moulded or printed onto the bottle. Afer use, the bottles were returned to the factories, soaked in water troughs, and then scrubbed with brushes for re-use. 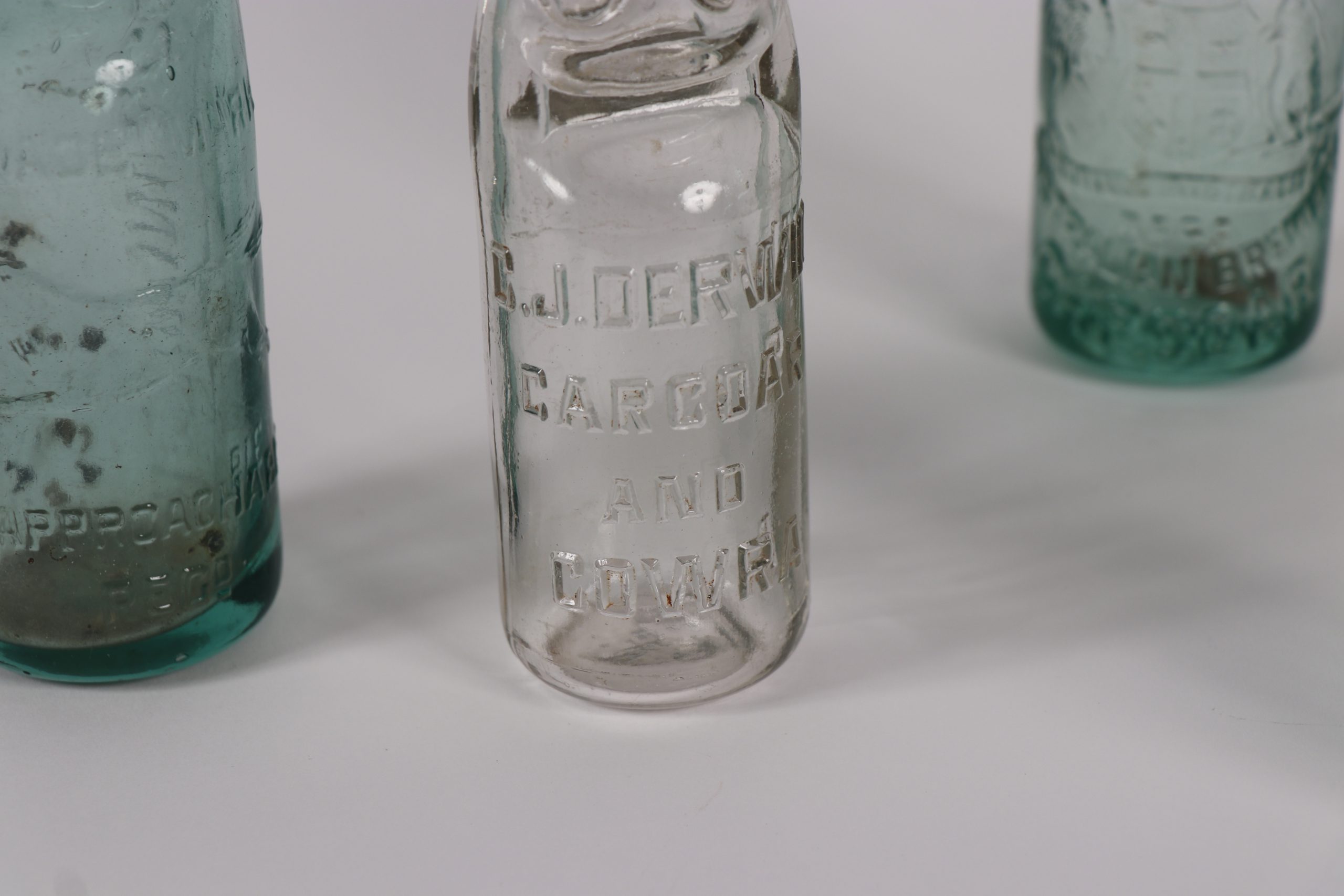 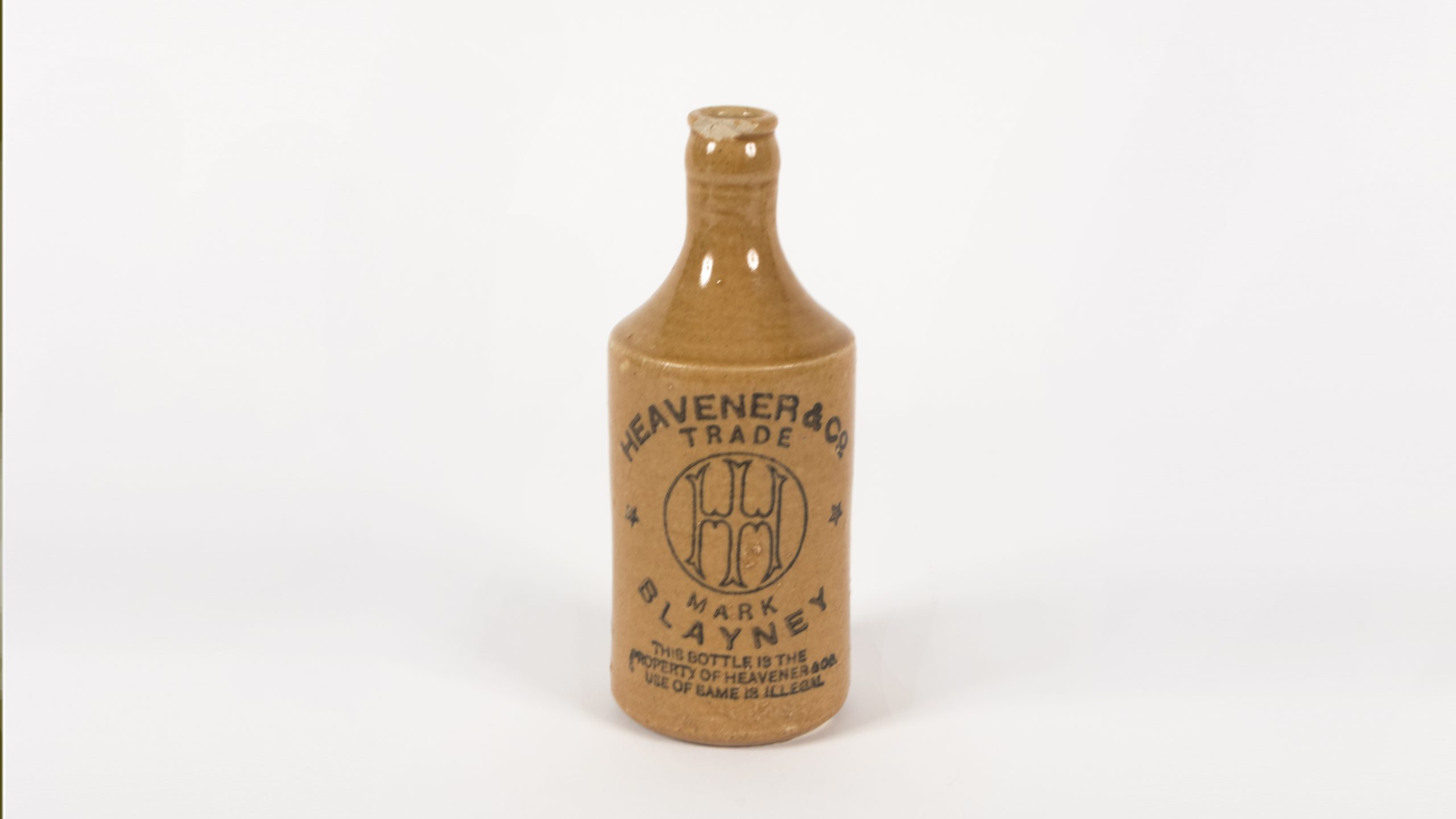 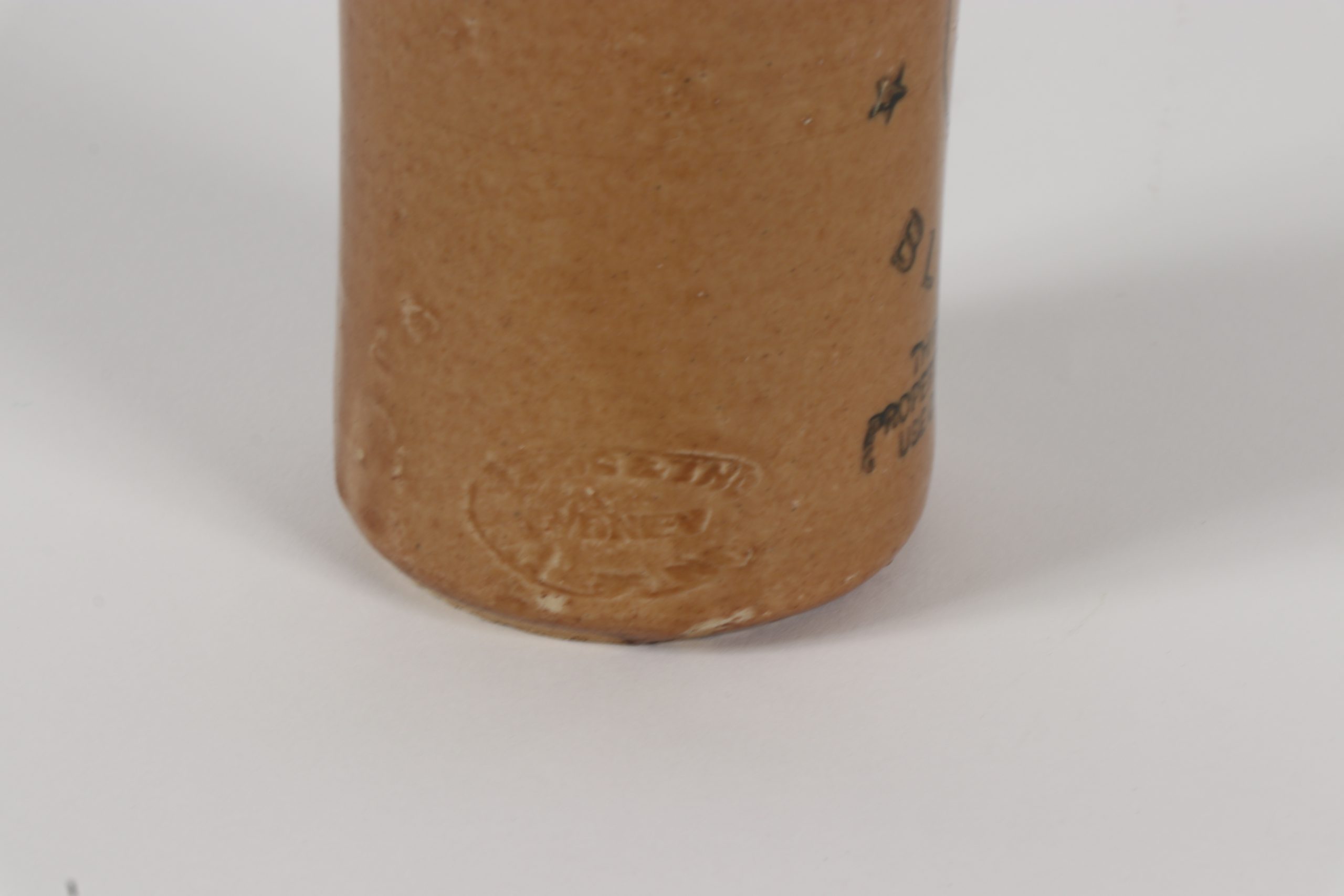 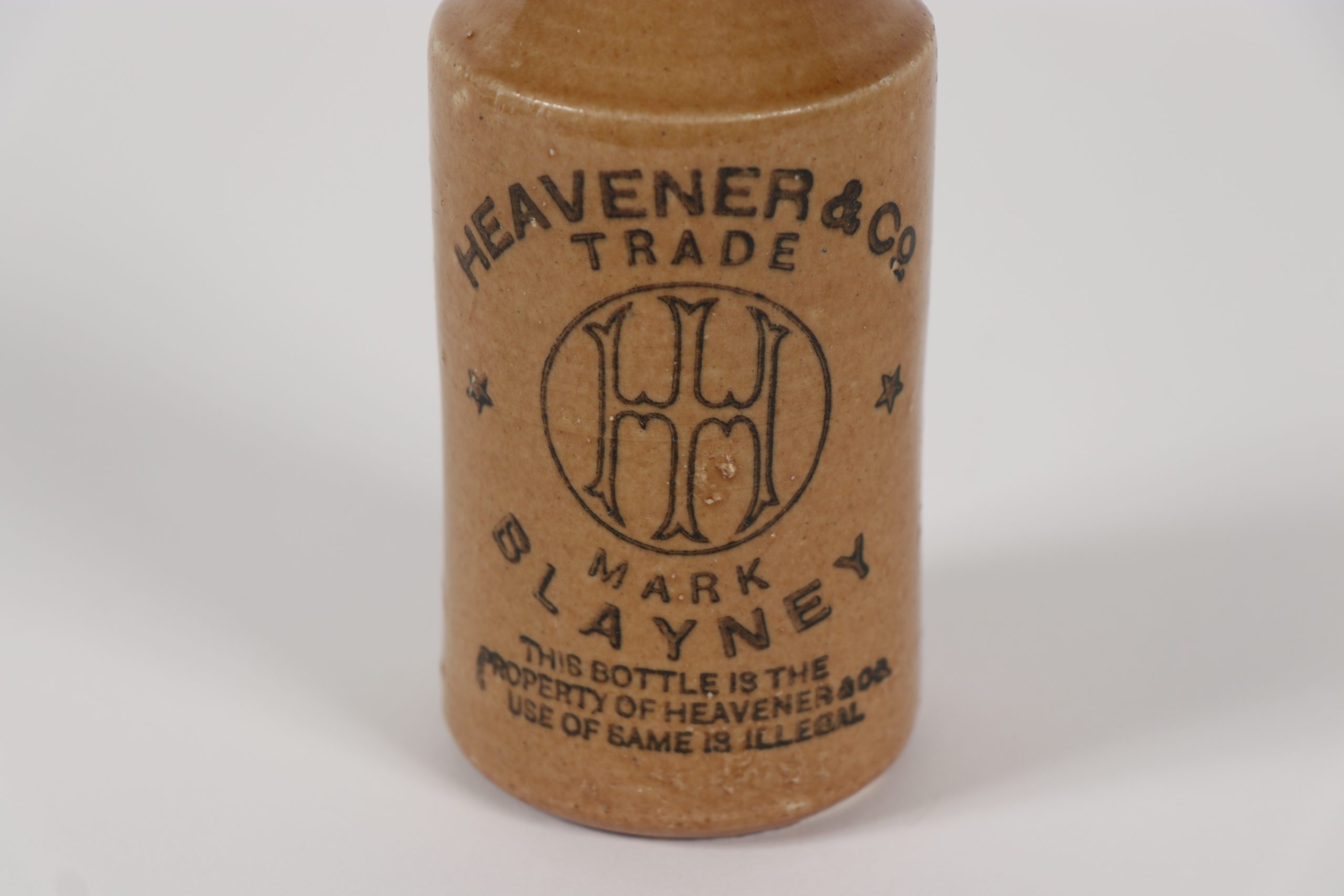 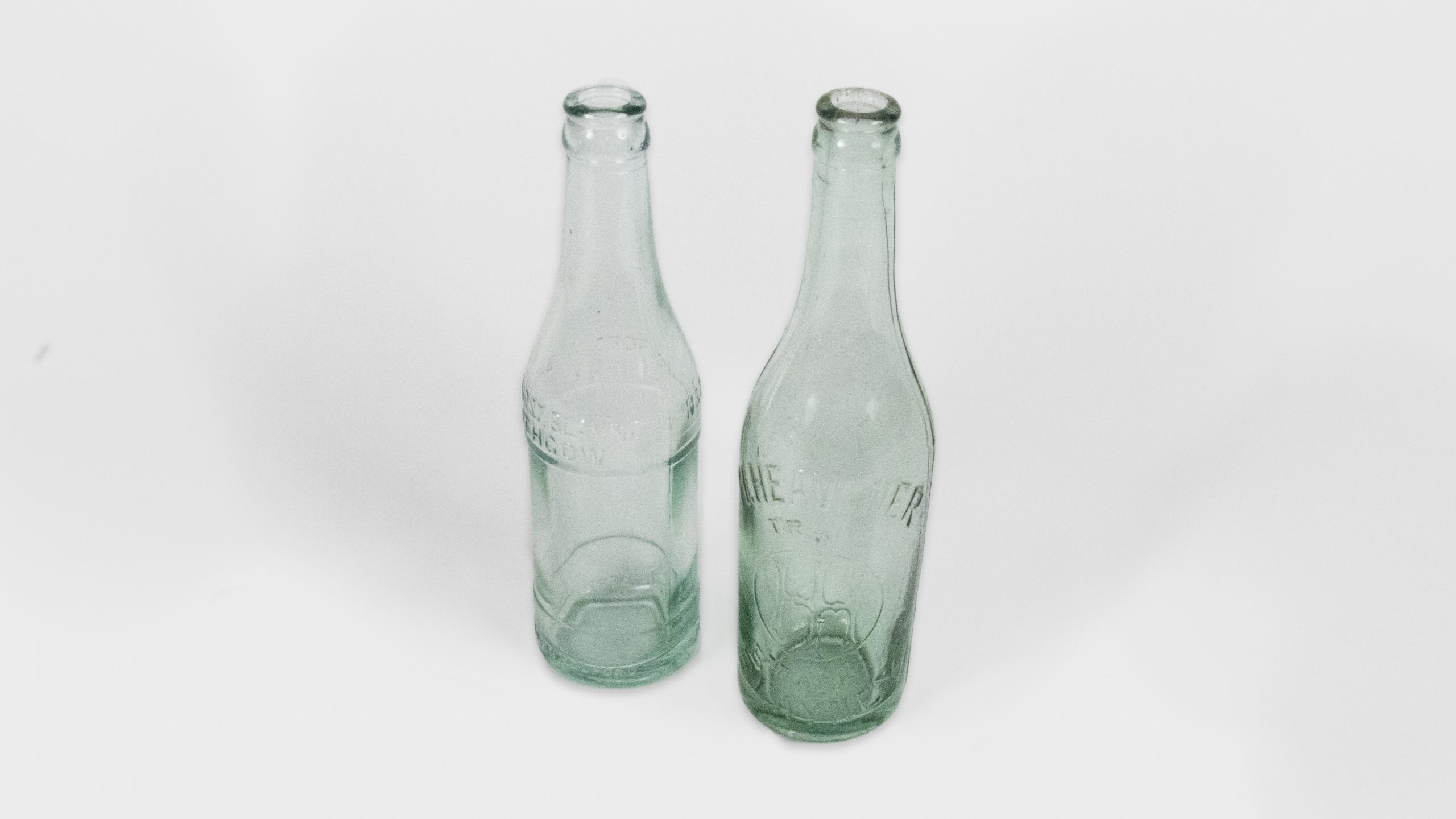 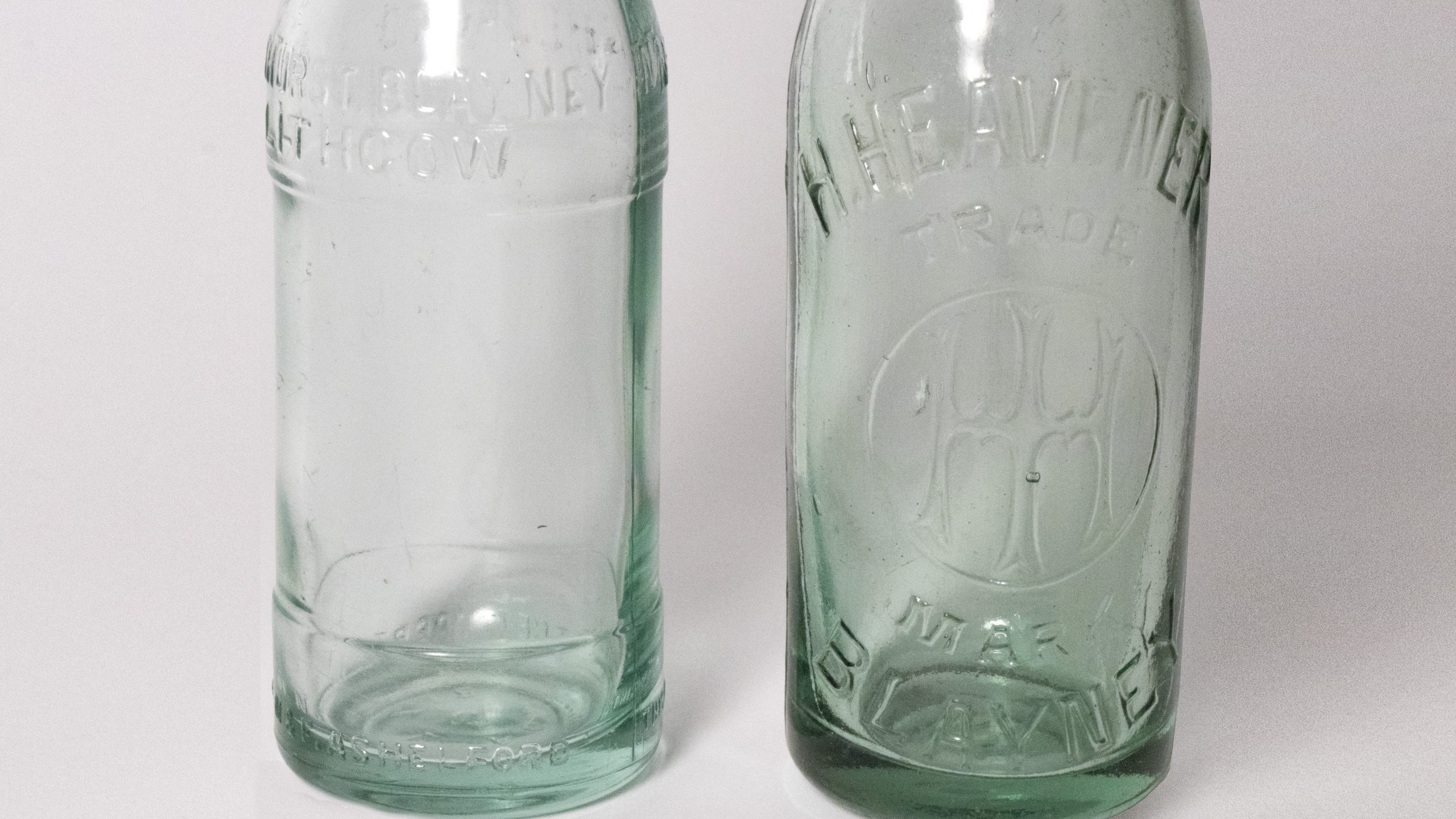 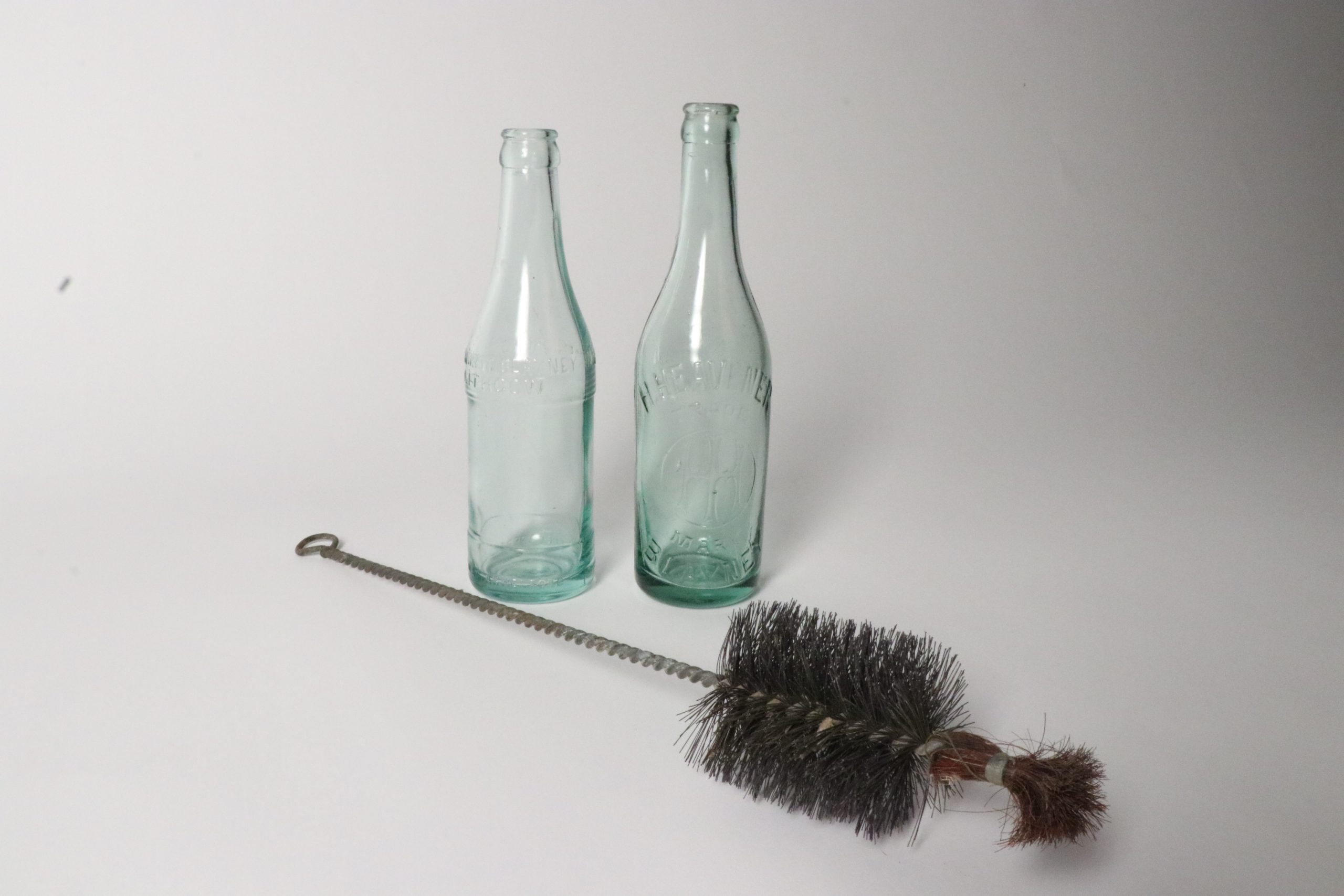 The Stoke Stable Museum is located in the village of Carcoar, on Wiradjuri Country, in the Central West region of New South Wales.

Built in the 1840s, the stable building is among the earliest European structures built in Carcoar. Home to the Carcoar and District Historical Society, the museum displays photos and artefacts illustrating the district’s agricultural, industrial and settler-community history, while the stable’s surviving horse stalls, mangers and shingle roof illustrate the building’s unique history. 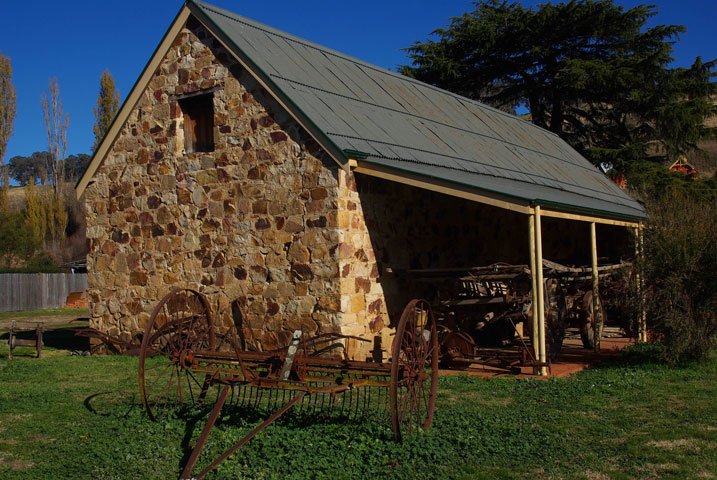 The Blayney Shire Local and Family History Group is located in the small town of Blayney, on Wiradjuri Country, in the Central West region of New South Wales.

The group is based at the Blayney Library and collects objects, photographs and documents relating to local families and the broader history of the Blayney Shire. This includes the surrounding villages of Newbridge, Hobbys Yards, Barry, Neville, Carcoar, Mandurama, Lyndhurst and Millthorpe.