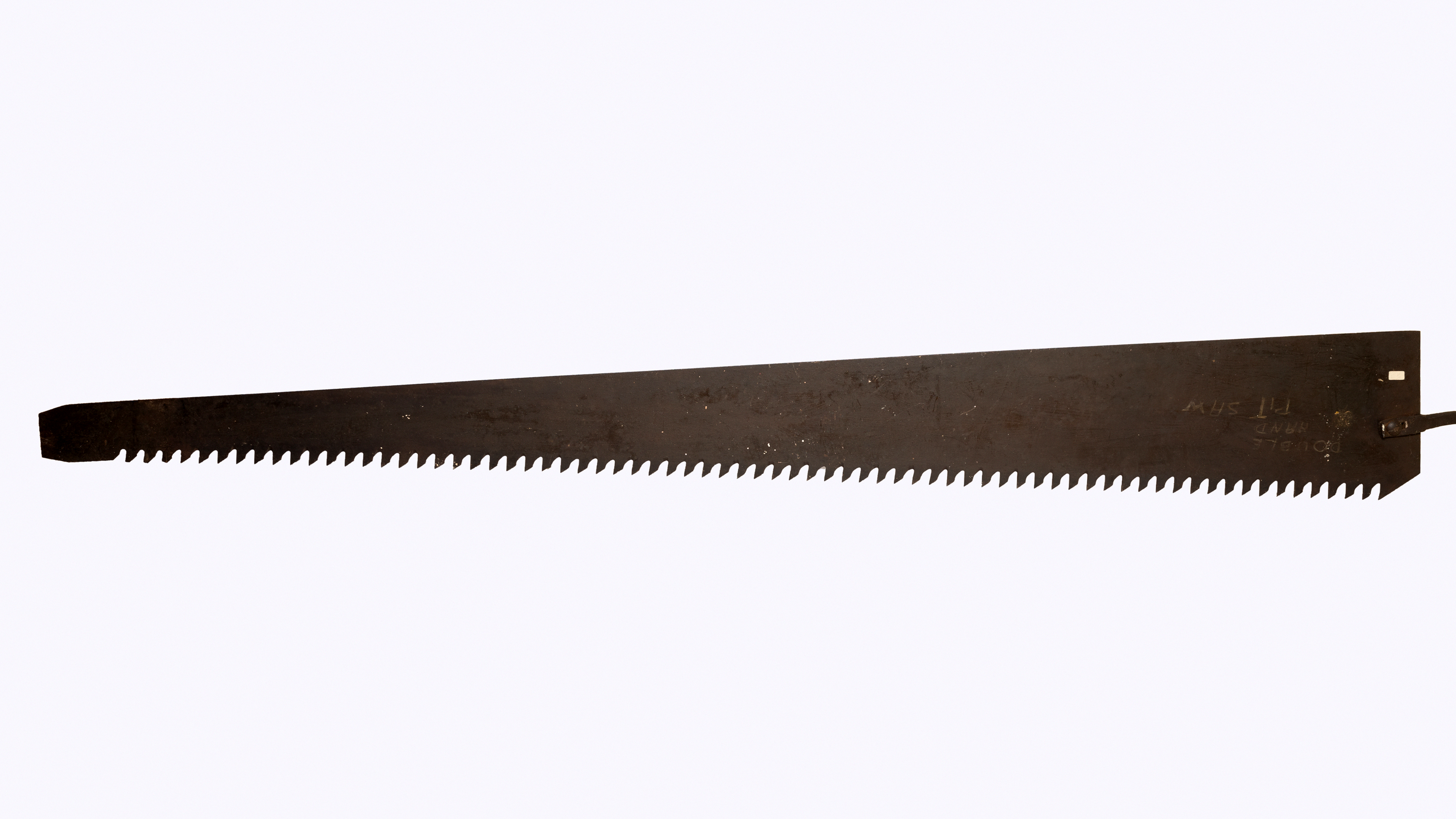 When fisherman Richard Parker acquired a block of bushland near Lake Macquarie, about 1895, there were two tools in his kit that would be essential for clearing the land and building a simple house – his axe, and this pit saw.

The house Parker built at 85 Docker Street (now known as Haddon Crescent), Marks Point, just a stone’s throw from Lake Macquarie (Awaba) and the Pacific Ocean, has long gone. But it was most likely a slab hut construction, an amateur-made rustic house which settlers had been building since the early colonial era in Australia.

To prepare the timber for his house, Parker used this pit saw to slabs of timber from the trees he felled with his axe. First digging a long, deep pit, he recruited the help of a mate to roll the logs over the pit. Holding the saw vertically, Parker may have been the ‘topdog’, balancing on top of the log. Pushing the wooden handle, he guided the saw to keep the cut straight while its teeth ripped into the timber. Parker’s friend, working as the ‘pitman’ or ‘underdog’, stood in the pit and pushed his handle to return the saw to the top. He had the less-desirable job since he was constantly showered with sawdust. Wise pitmen wore broad-brimmed hats.

Using a pit saw was slow, backbreaking work, but it was the standard method for cutting timber for construction since Roman times. By the time Parker built his house in 1895, steam powered sawmills made timber cutting easier and faster, but the humble pit saw was still used by landholders across rural Australia, to build simple structures, or where there was no access to a sawmill. 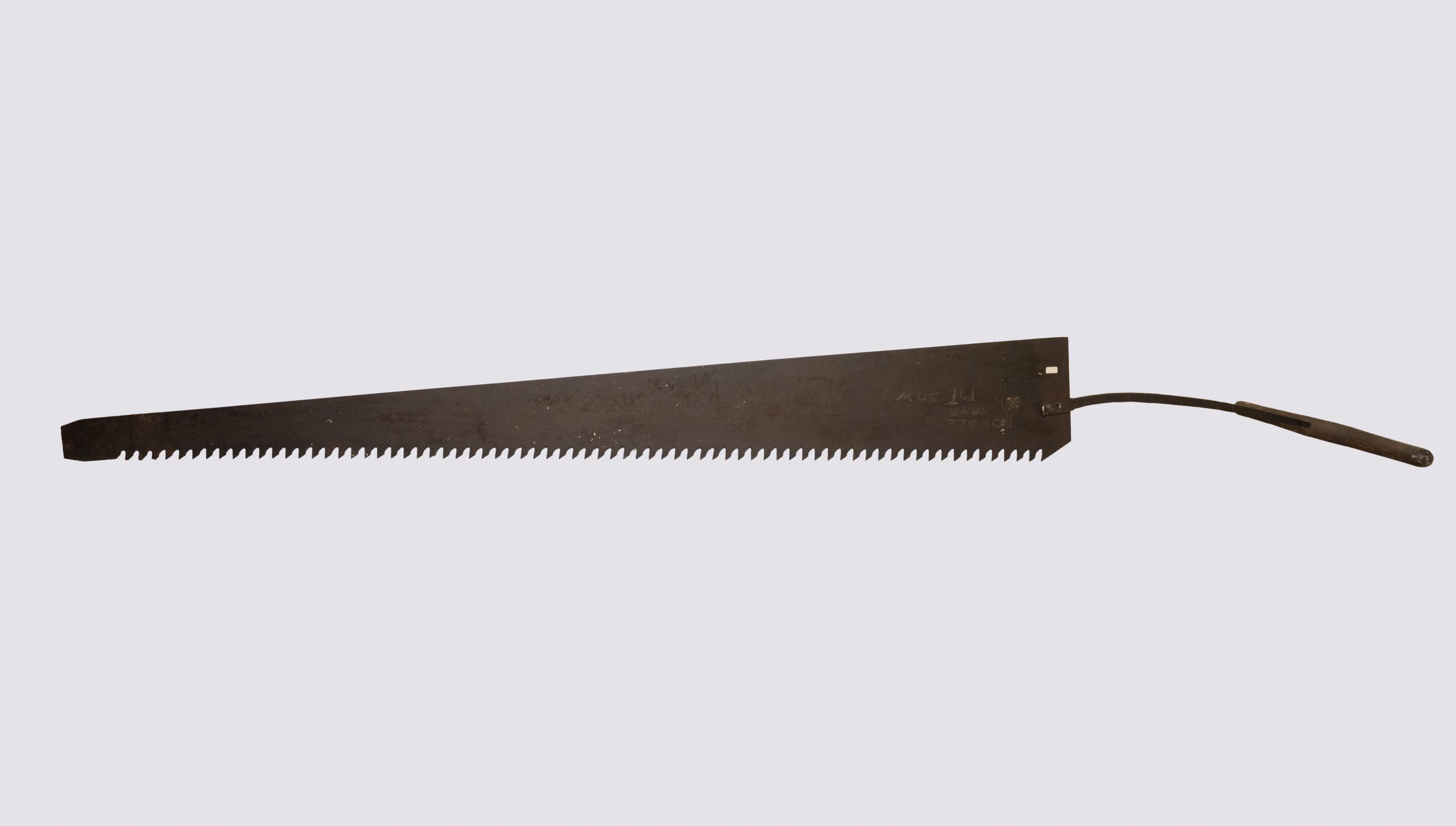 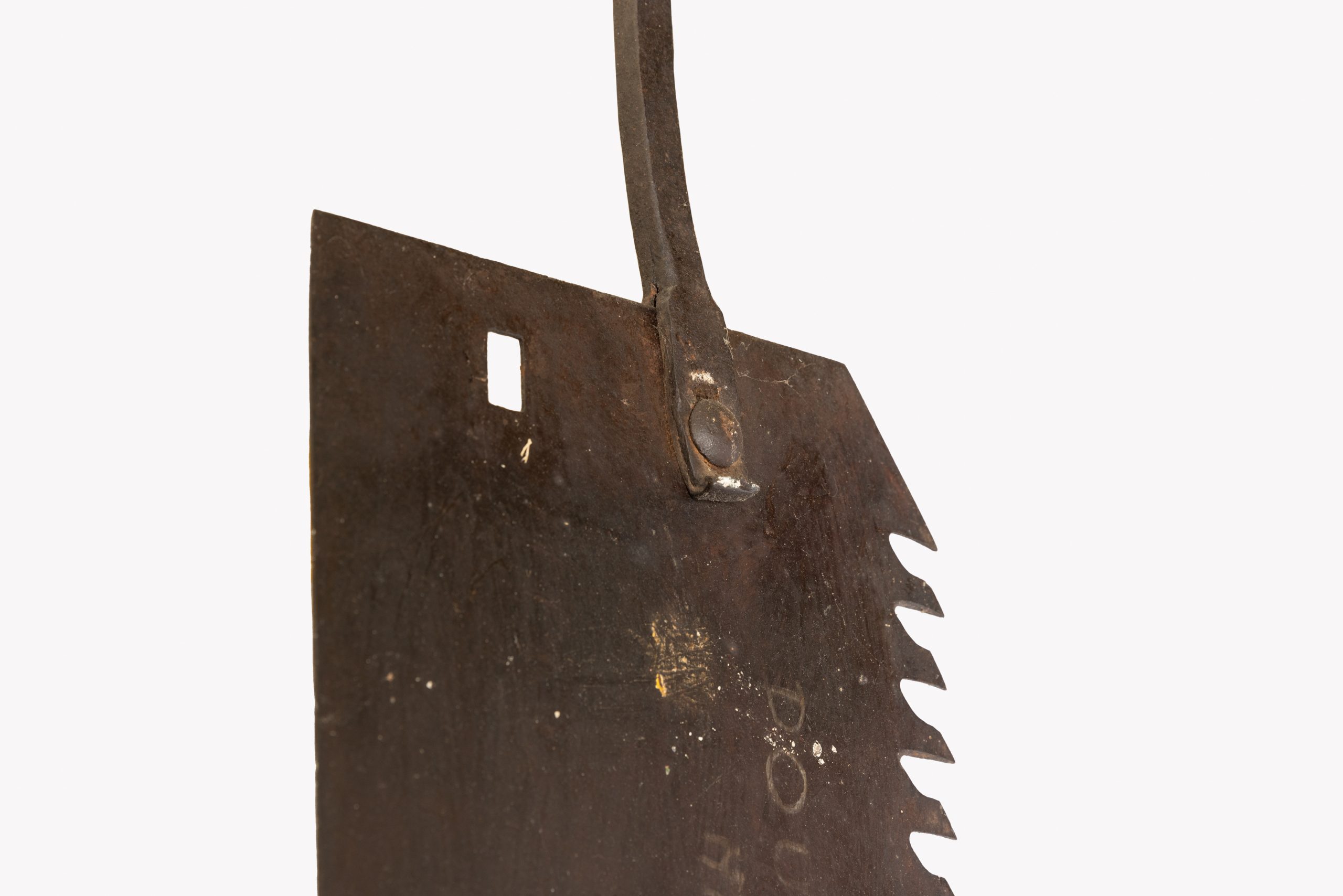