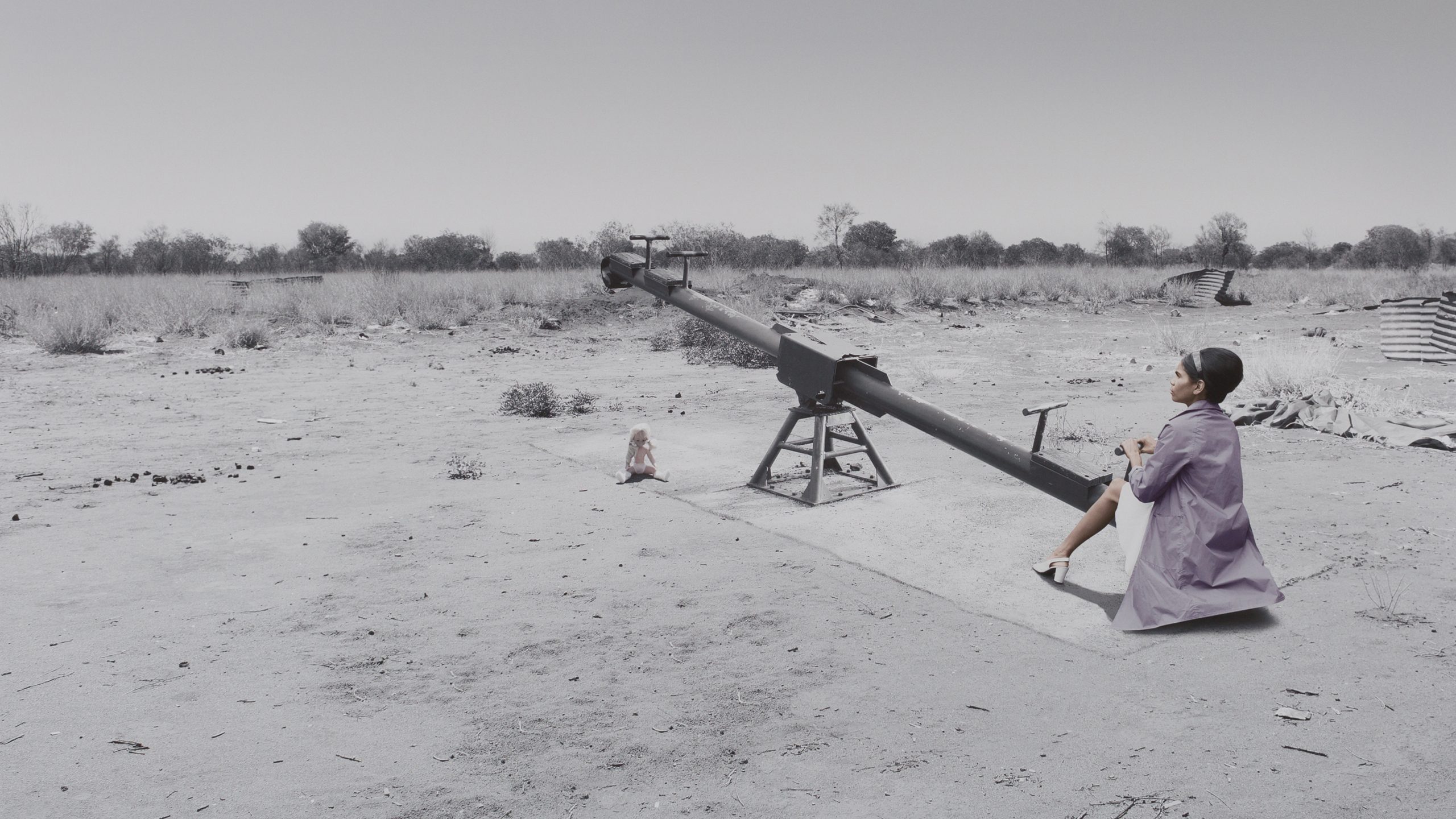 Drought and Relationships with Michael Cook

Drought is not a foreign concept in Australia, particularly for our outback communities. The lack of rain and water leads to more than just issues for the land. Societal, communal, and personal conflicts arise, and are often left unresolved, leaving the taste of dust in the same way that a hot wind during drought does.

Mother (See-Saw), by art photographer Michael Cook (1968-), evokes the same sense of solemn austerity, giving a visual to the feeling of lacking something. The industrial design of the seesaw the Mother sits on serves to enforce that same sense. The plain, solid metal of the see-saw is stark against the demolished rainwater tanks and bareness of the Australian scrubland.

A child’s doll sits abandoned, but also attentive opposite the Mother — as if its owner will be right back to continue playing. The Mother echoes this same pose. Is she reliving a memory, or waiting?

Mother See-Saw not only makes a statement about living with loss, but also the impacts that the up-and-down nature of both motherhood and the political sphere have historically had on Indigenous Australians. 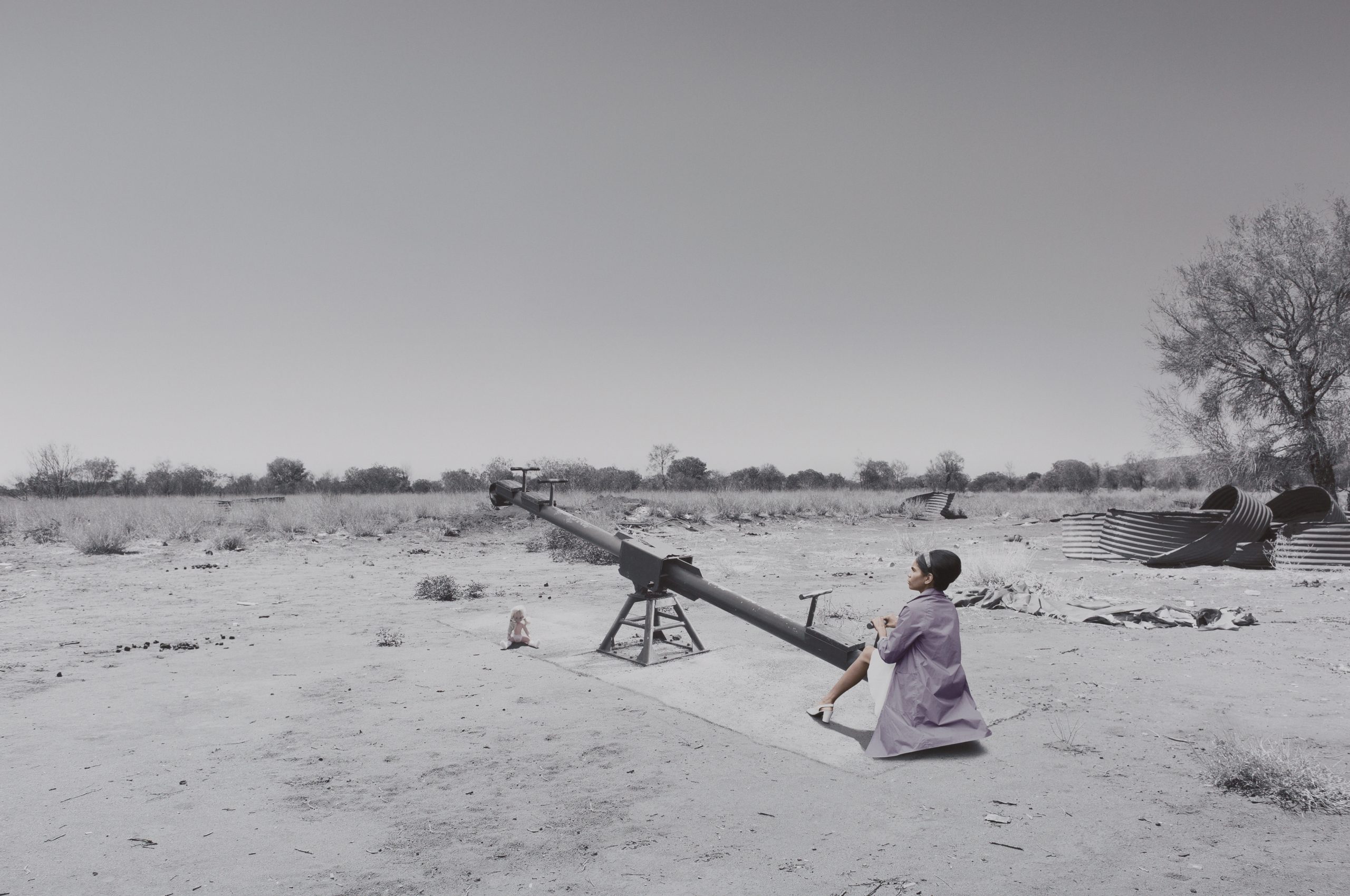 Laura Barling for Maitland Regional Art Gallery , ‘Up and Down: Drought and Relationships with Michael Cook’, story date: 22 March 2022, https://storyplace.org.au/story/up-and-down/, accessed on: 4 December 2022