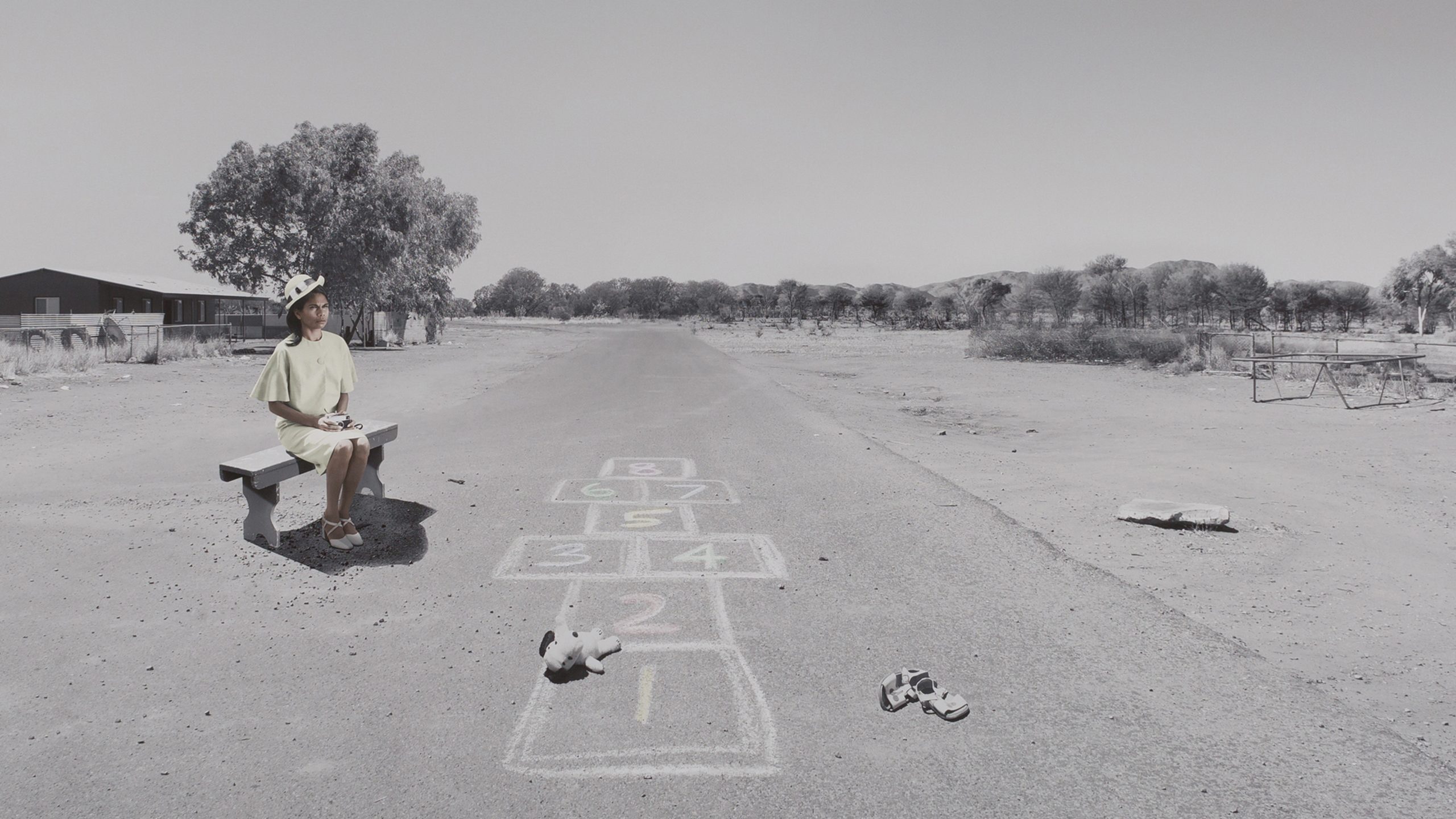 Comments on Motherhood with Michael Cook

First recorded in the English-speaking world in the seventeenth century, hopscotch as a children’s game conjures images and sounds of laughter, joy, and play-themes that art photographer Michael Cook (1968-) comments on through their visual omission in his work Mother (Hopscotch).

Speaking directly to the artist’s personal past as an Indigenous adoptee, and to the communal and universal experience of motherhood, the Mother sits alone beside the hopscotch court. The abandoned sandals and plush dog toy lying on the ground suggest the child has stepped out of frame for but a moment, leaving us feeling bereft, like a piece of the image is missing.

Cook uses photographic layering to create intense, emotional, and psychologically charged works, intended to make the viewer examine their own personal space in the political hierarchy, and also to speak to the commonalities between us as humans. 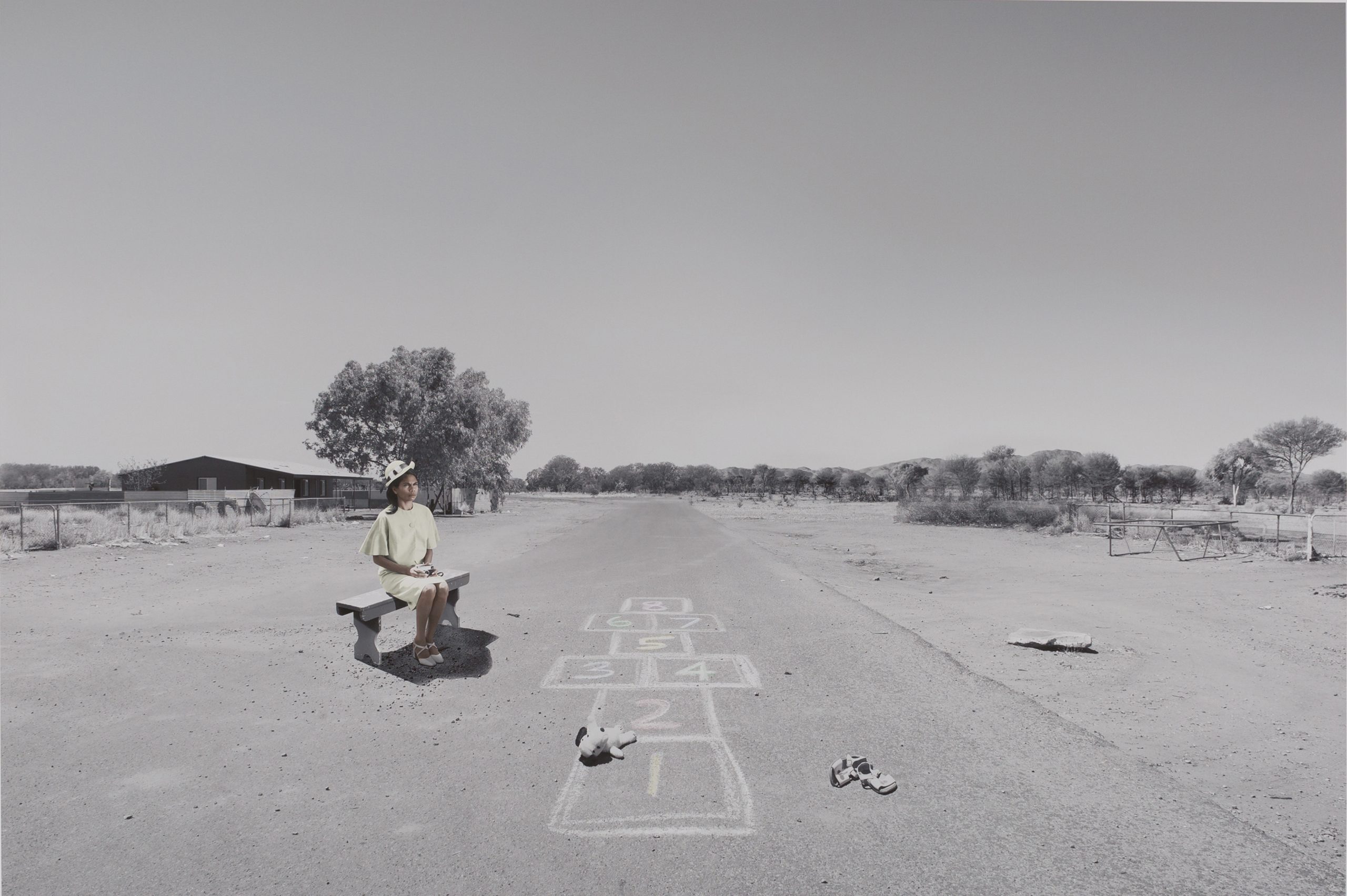