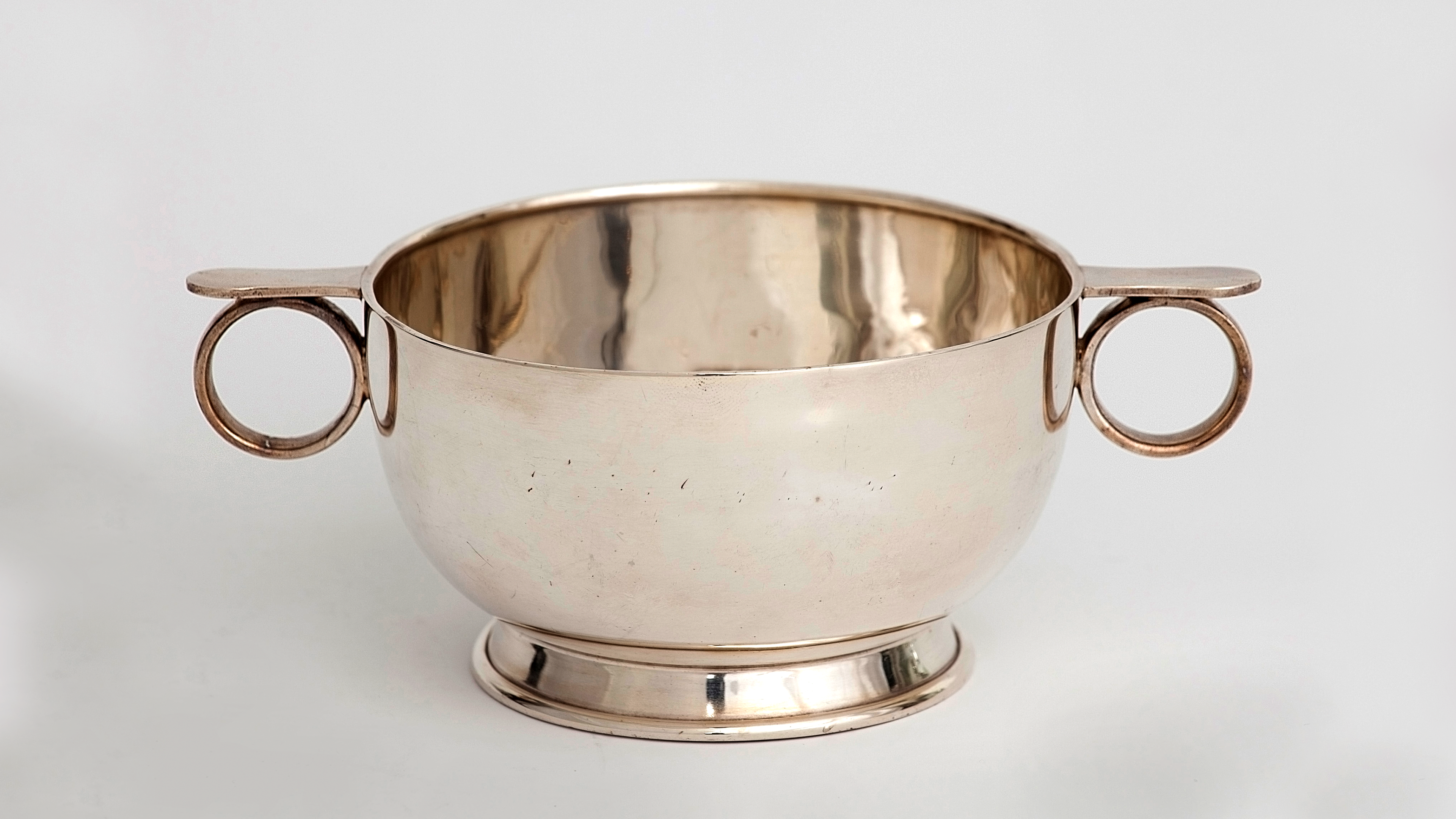 What Rhymes with Porringer?

A Georgian Jest to Bowl you Over

If someone were to politely offer you ‘a little silver porringer of hot terrapin’ would you eagerly accept, respectfully decline, or ask for more information? While such an offer might bewilder contemporary diners, an 1880s gourmet would lick their lips in anticipation of tucking into some creamy turtle soup served in a small silver bowl. Terrapins (small turtles) are now a protected species, and perhaps porringers should be too for, along with negus pots, posset cups and toddy bowls, they are among the forgotten vessels of the tables of the past.

Porringers were small bowls with handles on either side, made to house small quantities of stew, soup or indeed, porridge.  The inmates of workhouses and institutions ate their gruel from porringers of earthenware or tin, while their wealthier counterparts ate from porringers of silver. King George IV may have been eating out of one when he tasked the playwright Sheridan with creating a rhyme with porringer, to which Sheridan responded:

‘What’s a rhyme with porringer!

The King he had a daughter fair,

And gave the Prince of Orange her.’

The small size of porringers made them suitable tableware for children, so they were often given as christening presents. This plain yet elegant silver porringer by Hardy Brothers may have been purchased for such an occasion. Hardy Brothers was a jewellery firm that was established in Hunter Street, Sydney in 1858 and which is still in existence today. 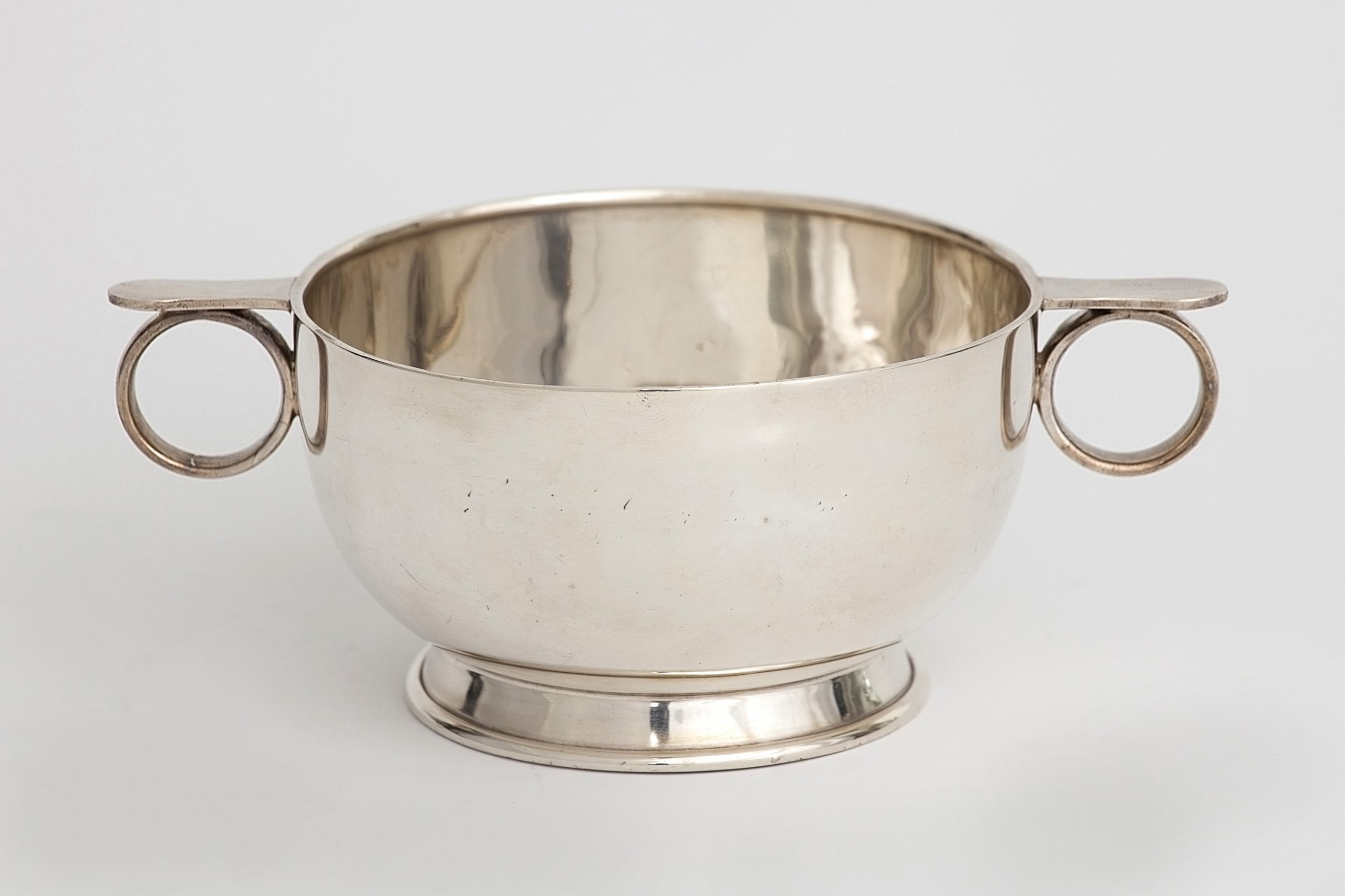 silver porringer with two round handles

Nicola Teffer for Tamworth Regional Gallery, ‘What Rhymes with Porringer?: A Georgian Jest to Bowl you Over’, story date: 29 August 2022, https://storyplace.org.au/story/what-rhymes-with-porringer/, accessed on: 1 December 2022