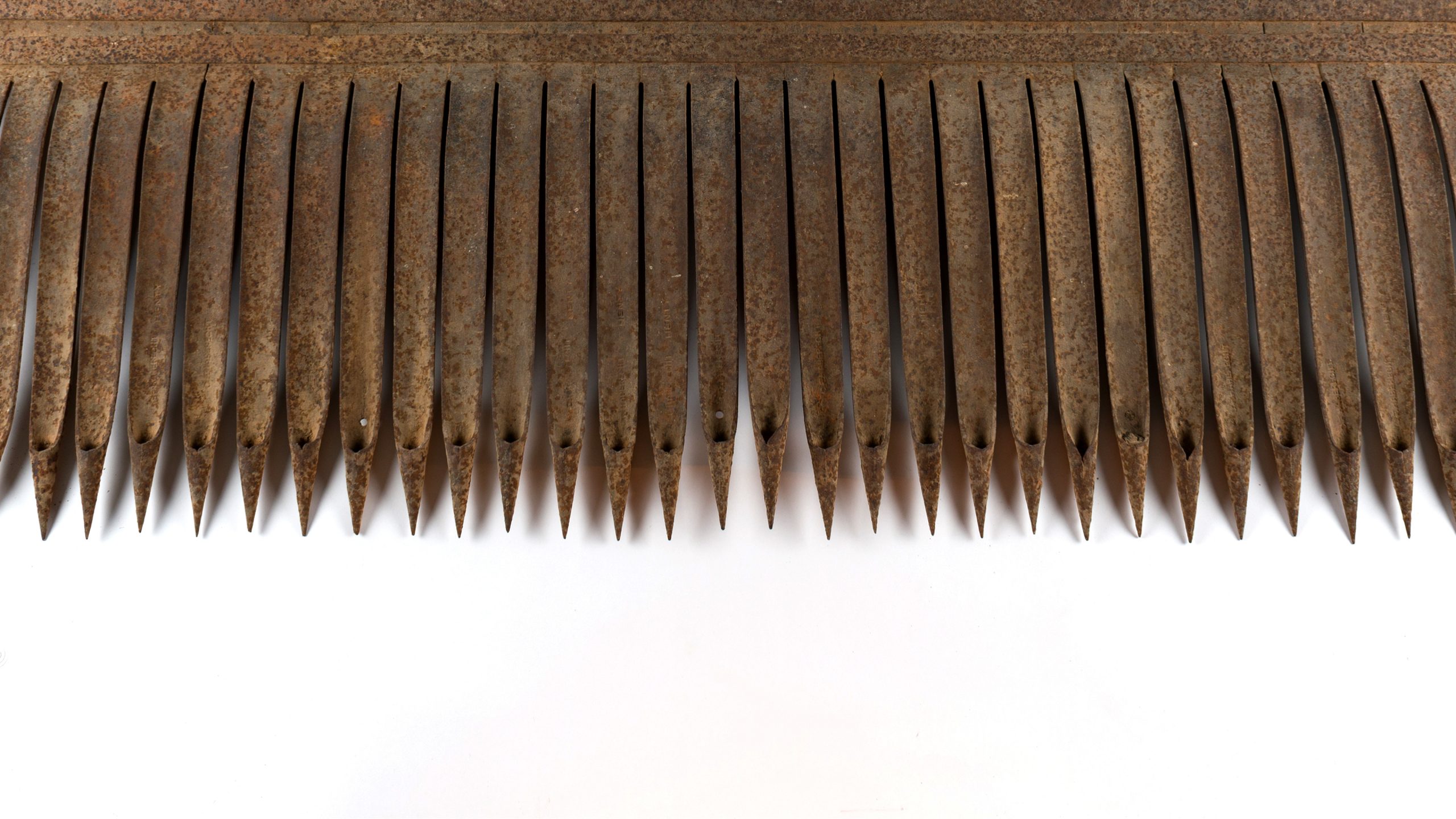 What’s in a Comb?

Inspiration comes from many places. Sometimes an object’s story is much bigger than simply what it is or did. Hinting at what inspired Headlie Taylor’s (1883-1957) innovative agricultural inventions, this comb also reveals the story of the dynamic Henty community the designer was a part of.

This comb is known as a short comb, most probably from one of H.V. McKay’s famous Sunshine Stripper Harvesters – invented to harvest wheat. These harvesters were manufactured in Melbourne and were so famous, their name was given to the Melbourne suburb where McKay’s factory existed. First patented in 1885, the Sunshine Harvester predated Headlie Taylor’s machine by over twenty-five years. Improving it was Headlie’s celebrated ambition.

But stamped on the end of each finger of this comb are the words ‘C.E.Haberecht Henty’. Charlie Haberecht was one of Henty’s earliest European settlers. He arrived in Henty 1886 with his two brothers. Together they quickly established two blacksmith factories.

One factory repaired and built wagons, sulkies and coaches while the other manufactured agricultural equipment. The brothers developed the Whitlock Plough that improved on the existing stump-jump plough. That design was sold to H.V.McKay who then employed one of the brothers in the Sunshine factory as would happen to Headlie Taylor.

A key member of the Henty Progress Association, Haberecht regularly participated in meetings to find ways to improve and develop the township. In 1907, Charlie Haberecht brought the first electricity to Henty – installing a generator to first power his own home before then installing the townships electric street lights in 1910.

By 1914, Charlie was the town electrician and had electrified most of the towns home’s. Ten years later, his son Alf opened Henty’s first cinema. 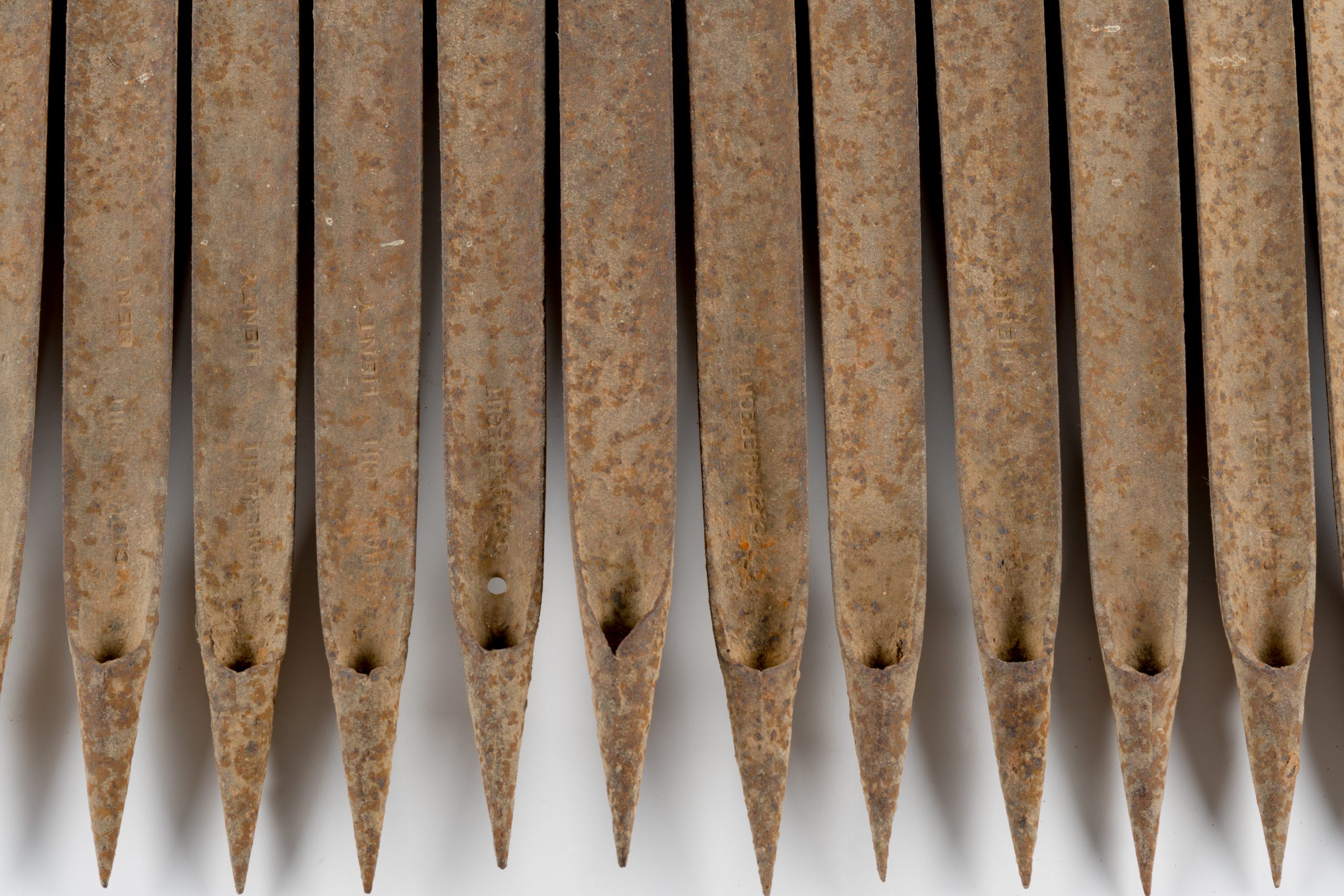 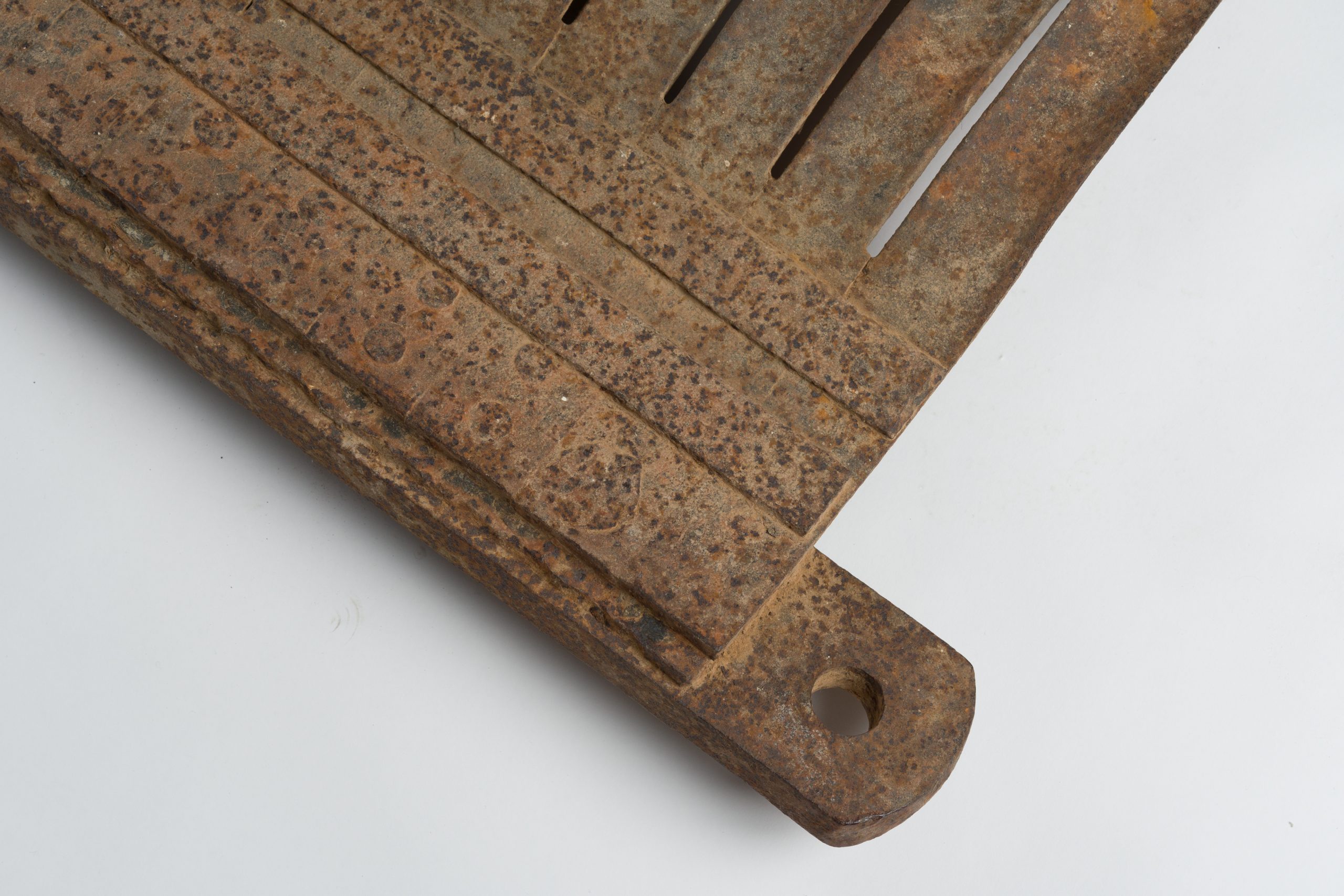 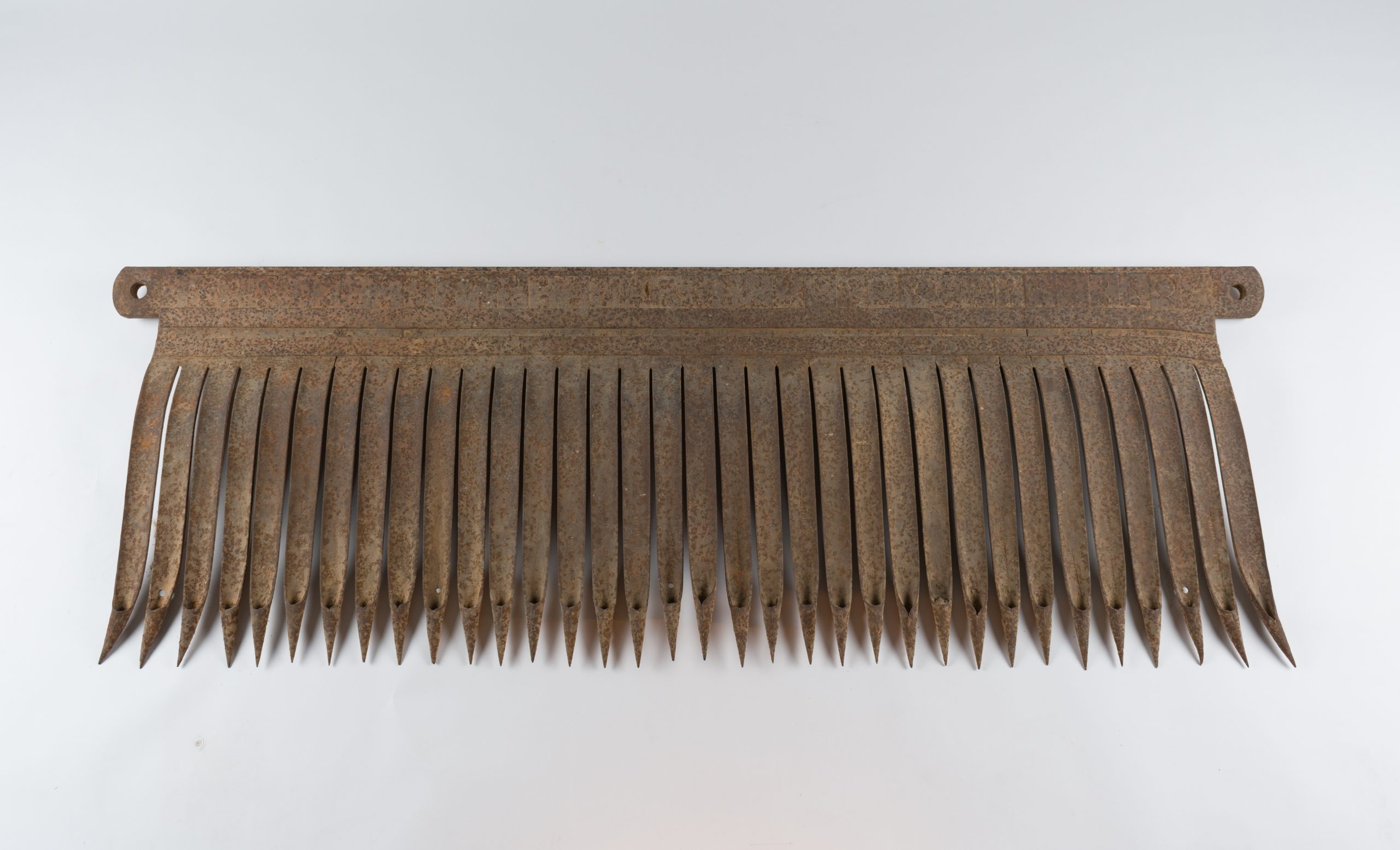 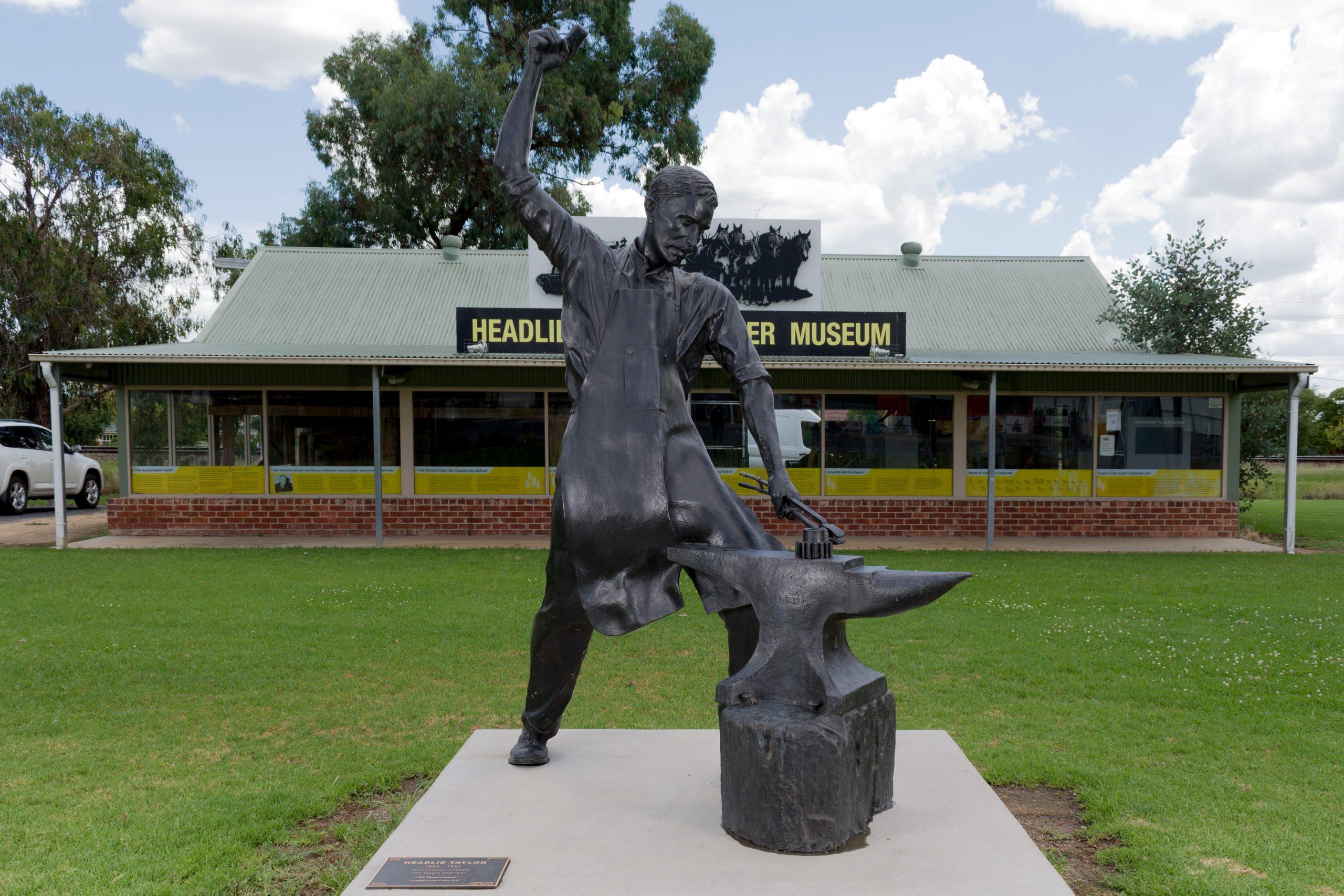