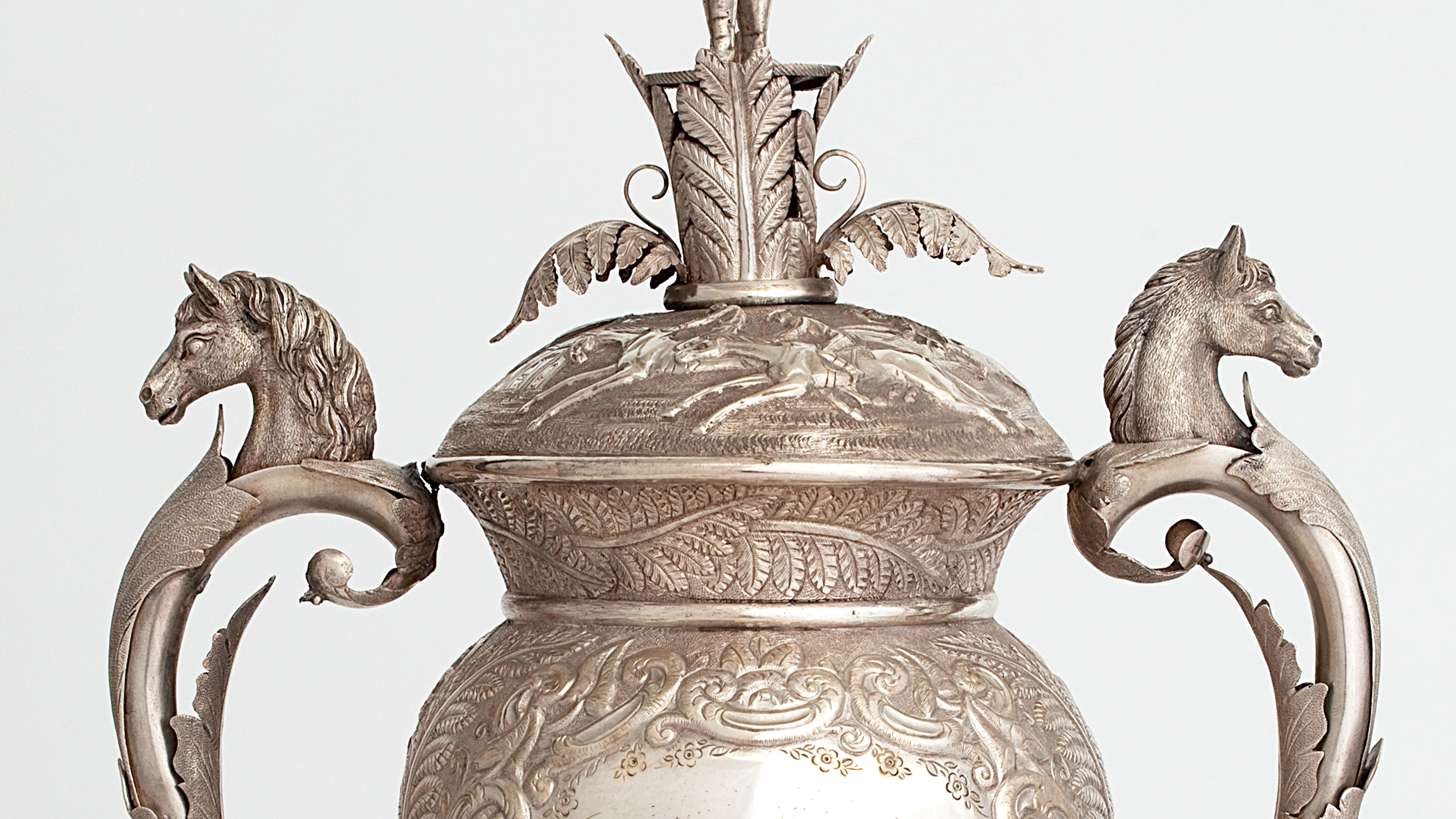 Jockeying for a Place in History

The jockey atop this impressive silver racing trophy has lost his more than his whip; he has lost his place in history. It’s not known who won this cup, or indeed, if it was ever presented as a trophy. The cartouche (ornate frame), which would customarily be engraved with the name, date and place of the race winner, is empty and there is no mention of it in the sporting news.

The trophy’s maker, Walter Stevenson (1855-1930) was a silversmith and jeweller who had businesses with his watchmaker brother William (1853-1915) in Sydney and Adelaide in the 1880s. The Adelaide business on Rundle Street prospered and became a limited company in 1920. An avid sportsman, Stevenson played tennis, football, cricket and golf.  His sporting and business interests intersected in his production of trophies and medals for a plethora of South Australian clubs for rowing, cricket, football, swimming, shooting and boating. His support for horse racing is less well documented.

Stevenson Brothers presented the South Australian Jockey Club with the Adelaide Gold Cup in May 1883. It was in the style of a claret jug, and like the silver trophy, featured horseshoes, a horse racer and a grandstand imagery. In 1886 they presented a more modest cup to the Wentworth Jockey Club for their annual races. But this elaborate trophy, with its finely modelled gentleman jockey, horse heads and palm leaves, is given no mention in the papers of the day, so perhaps it is still waiting to be presented to its winner. 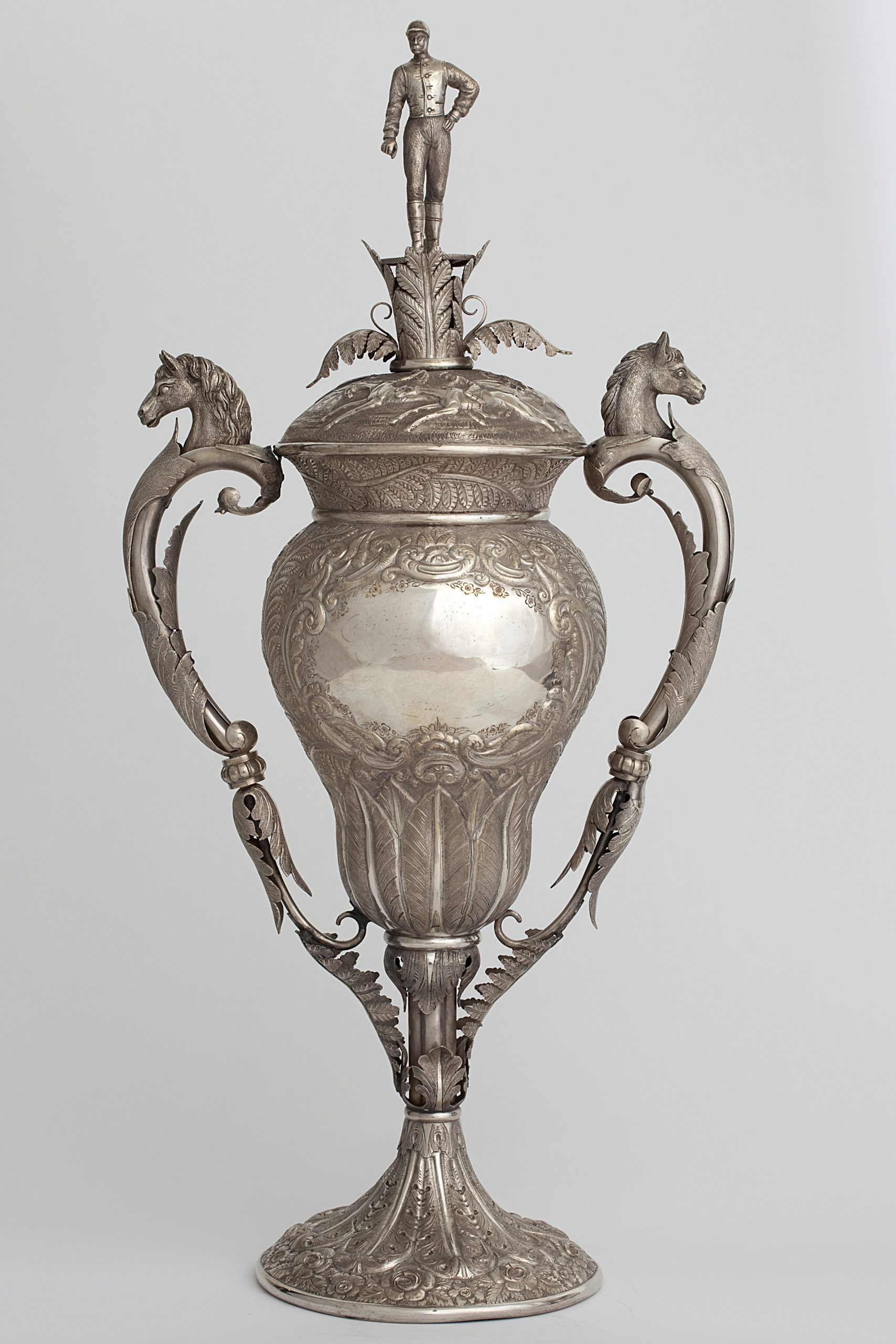 elaborately decorated silver cup, or trophy, on circular base with two plant-shaped handles topped with horse heads, surmounted with a figure of a jockey

elaborately decorated silver cup, or trophy, on circular base with two plant-shaped handles topped with horse heads, surmounted with a figure of a jockey