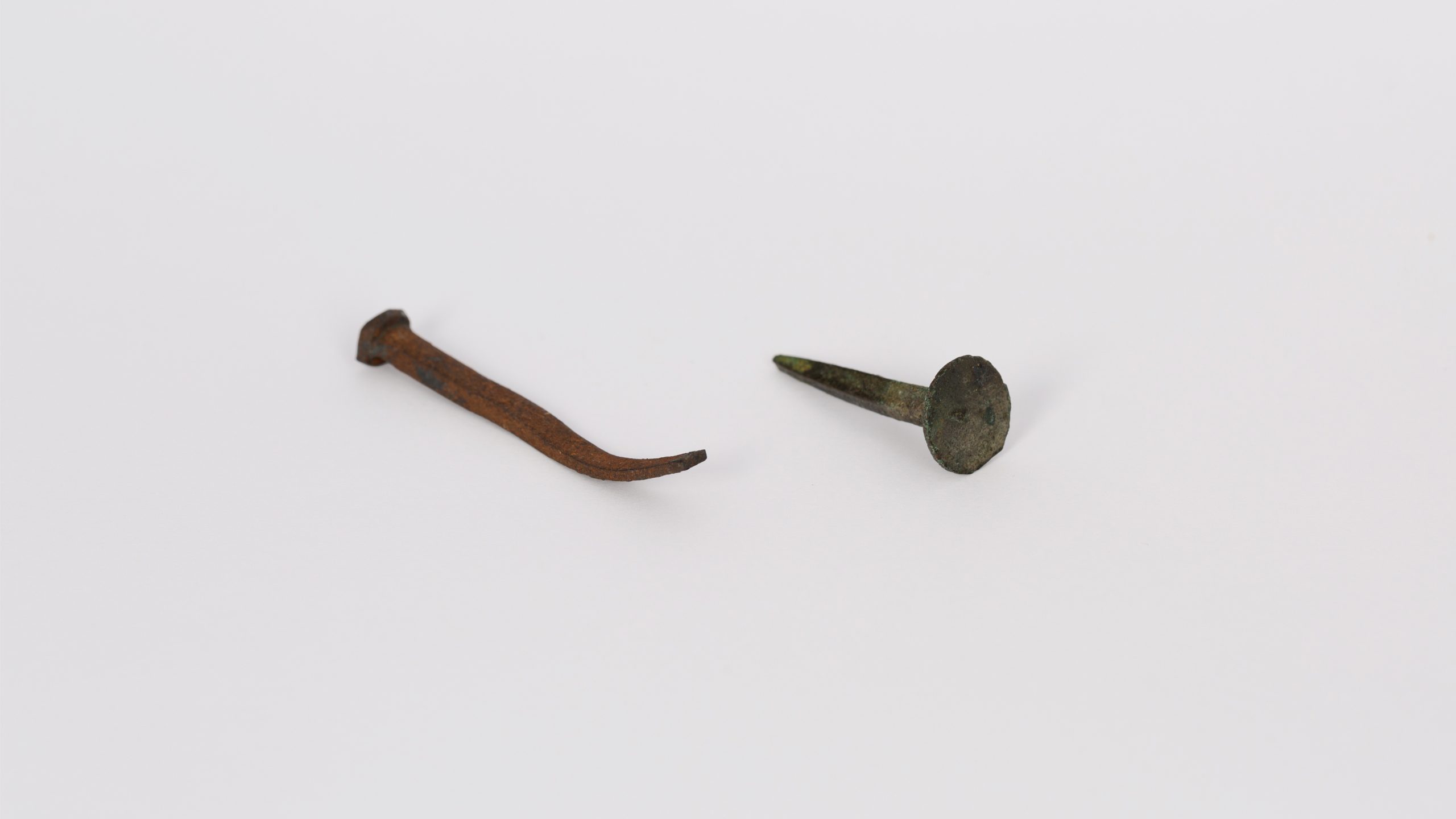 Making hand-wrought nails has always been a highly repetitive, laborious job. But these iron and copper nails from the earliest buildings at Maitland Gaol, completed by 1848, were made during a turning point, when nail making machines had recently been invented. Were Maitland Gaol’s nails made one-by one, pulled from a forge and shaped by blows of a hammer, or were they rapidly cut from strips by a machine?

The cell walls and floors of Maitland Gaol did not require nails since they were built entirely from stone to prevent escape. But nails were hammered into hardwood doors, roofing shingles, guttering, floors, window and door joinery, and timber lathes for plaster walls and ceilings. Nails were even needed for the timber flogging triangle and gallows used for the corporal punishment and execution of criminals on site until 1897.

Nail cutting machines began production in England and the United States around the 1820s, but the Australian colonies were slow to catch up. Although some cut nails were imported to New South Wales, the colony still had its convict population for employment on such monotonous tasks as nail making.

Maitland Gaol’s first buildings were begun by a slow-working gang of transported British convicts, but faster, free tradesmen were hired to replace them, undertaking most of the construction. Rather than being hand-forged, the centred, uniform shaped heads and regular, rectangular cross section of these nails suggests they were quickly machine cut, mirroring the speed of the free labour which completed the gaol’s construction. 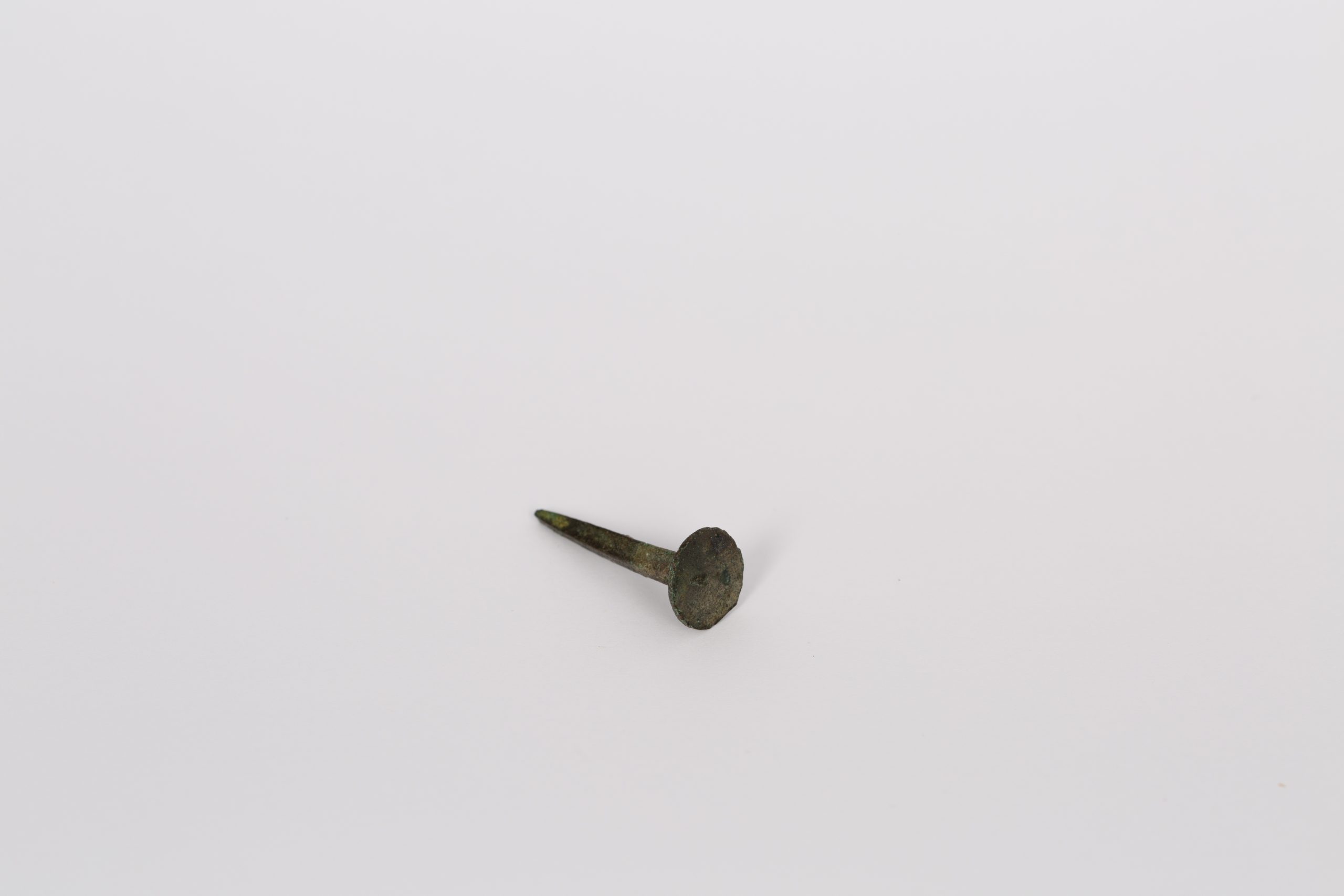 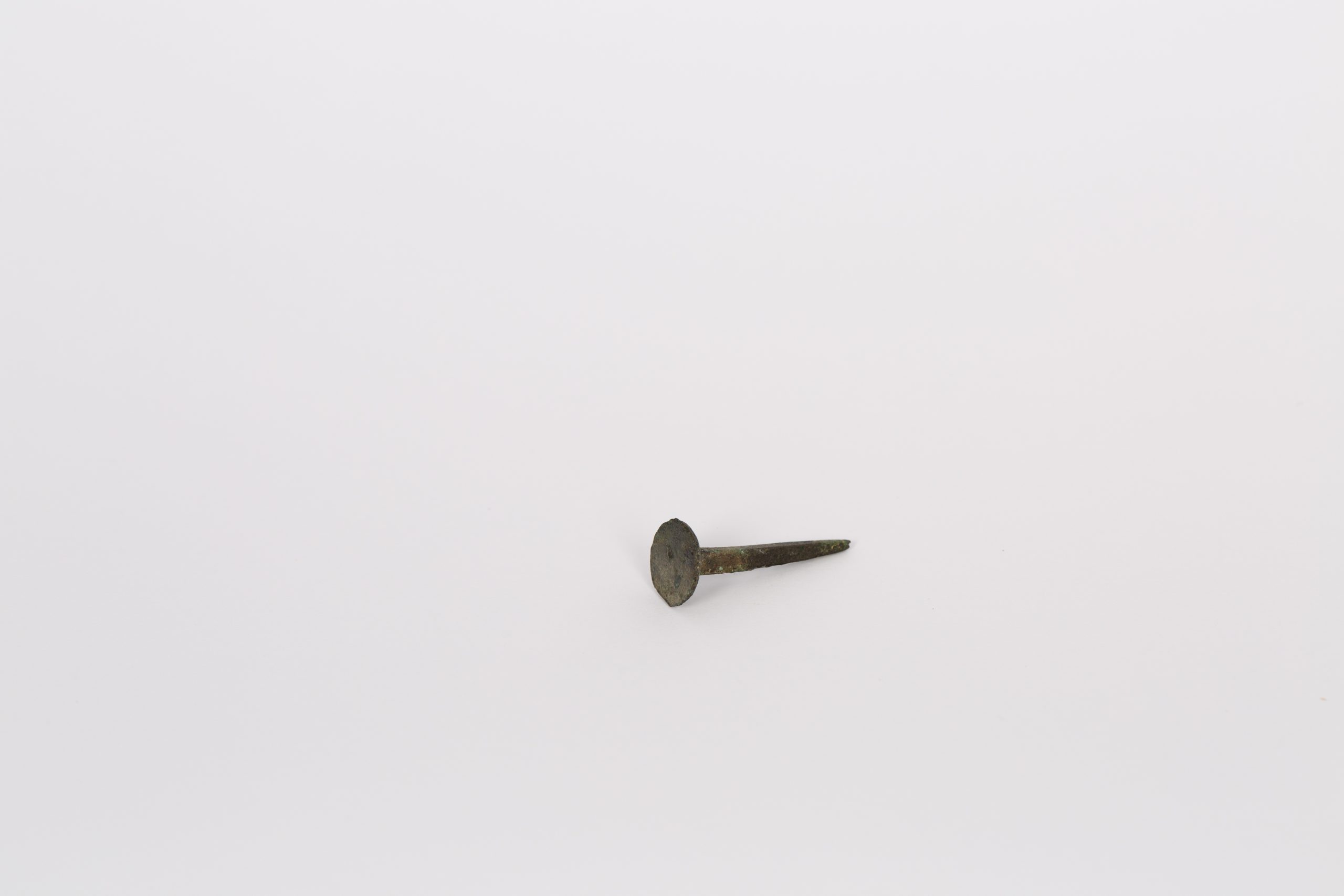 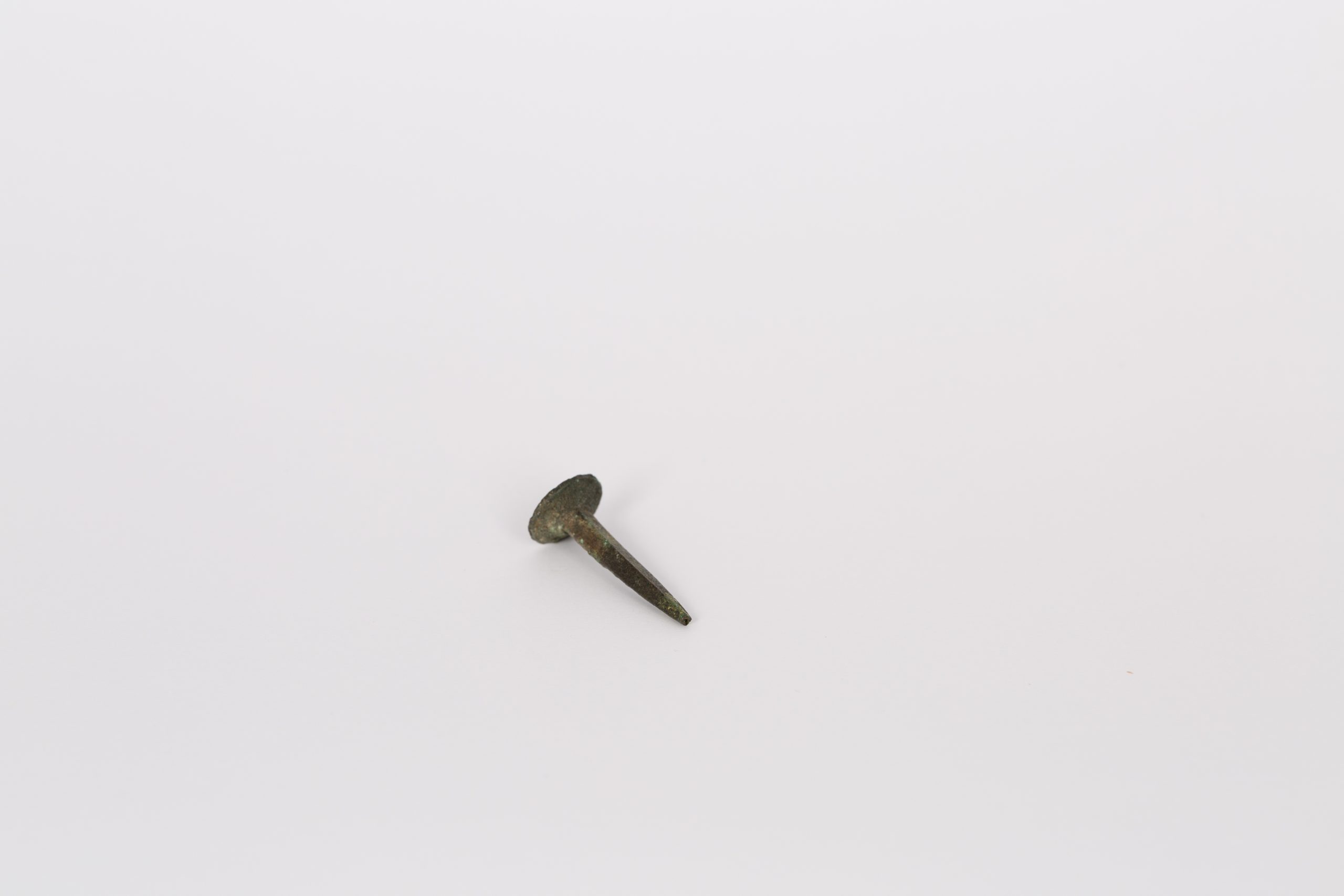 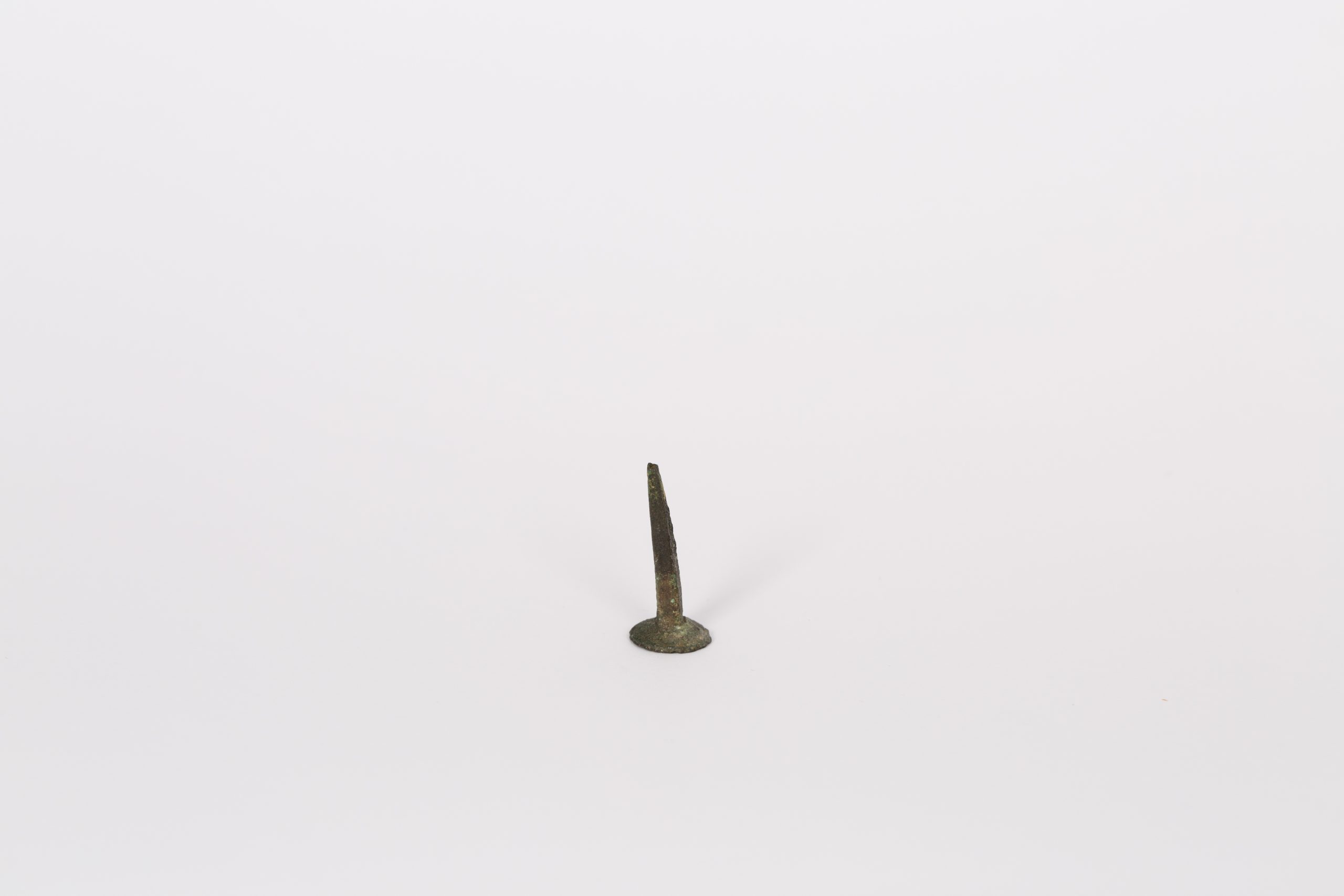 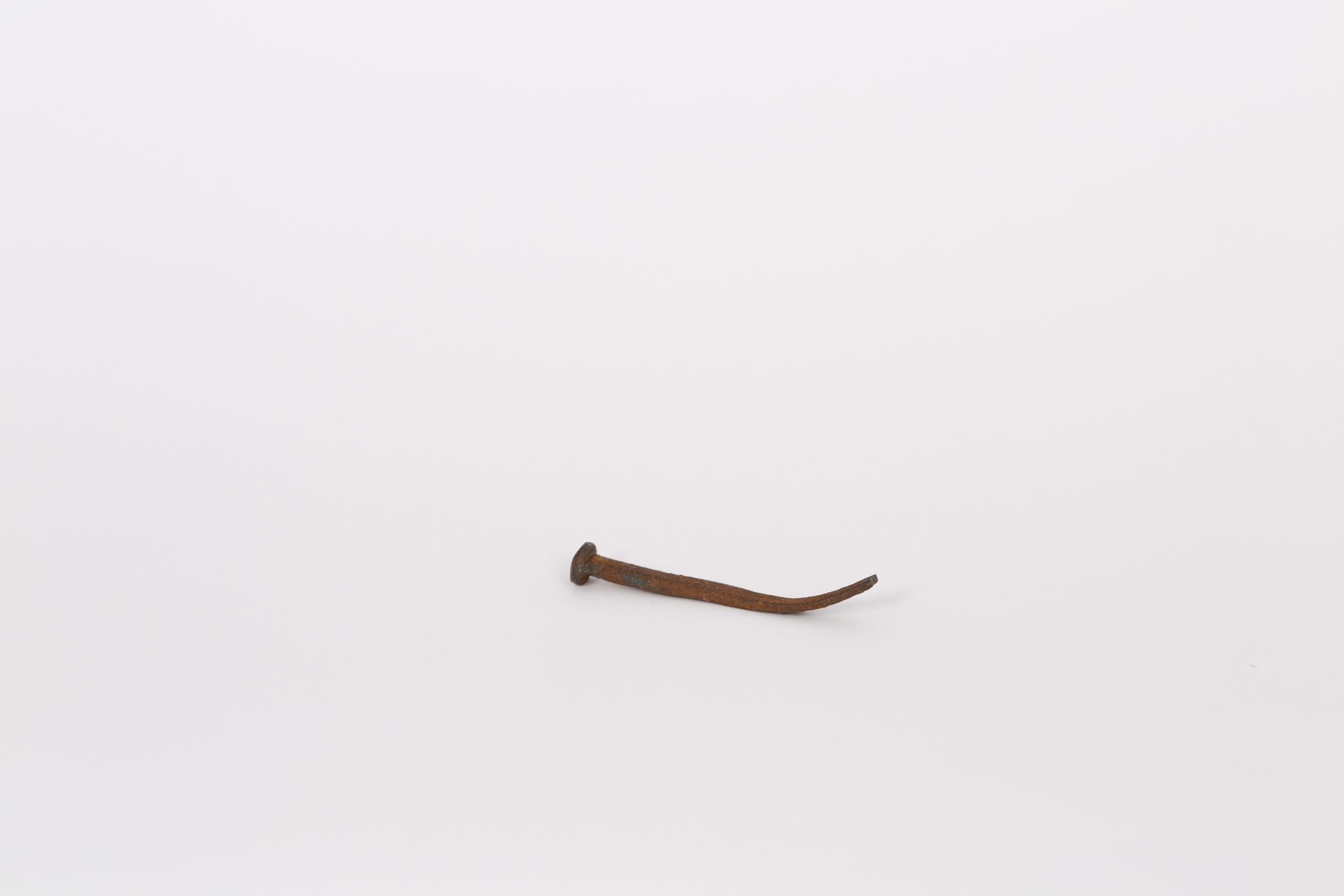 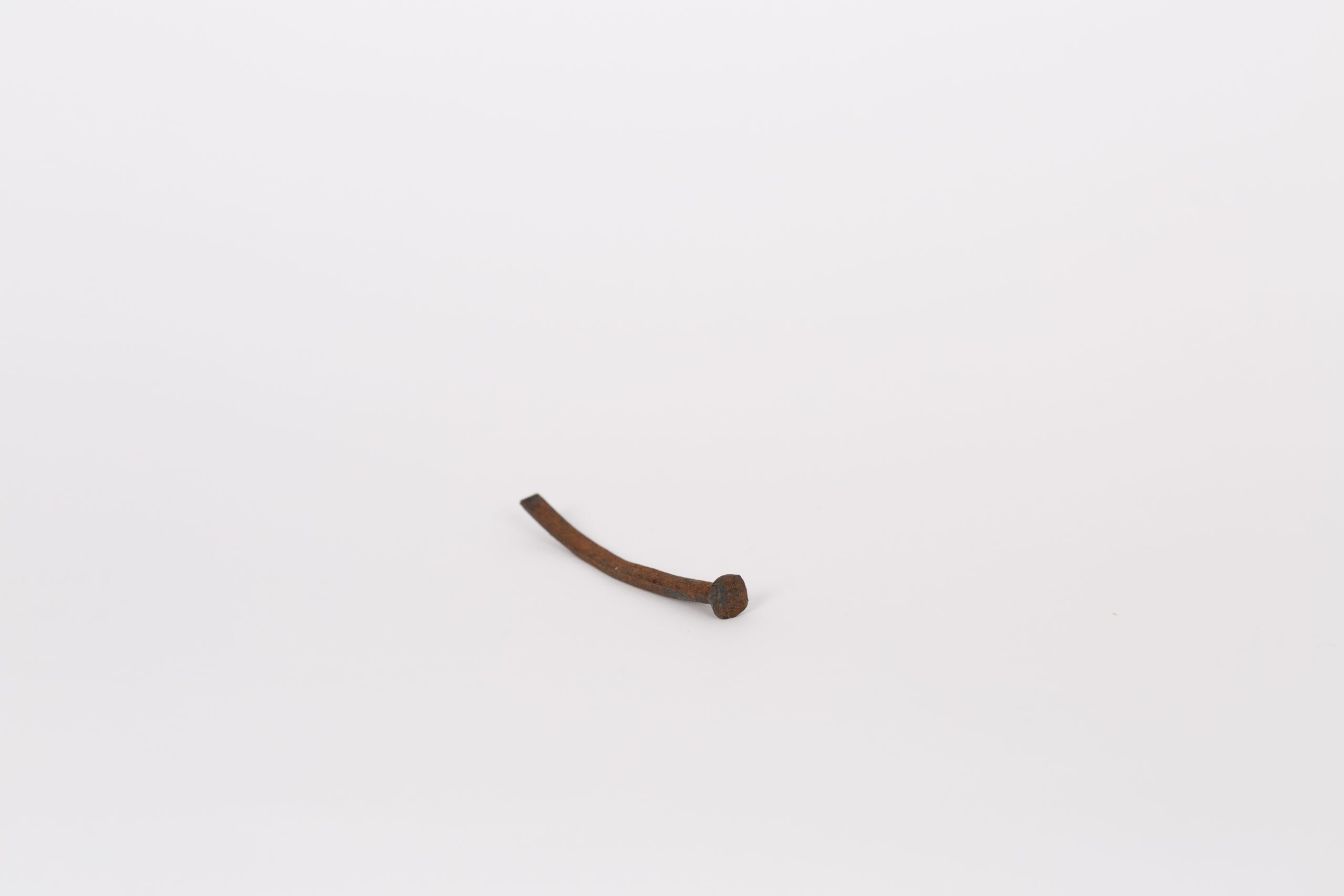 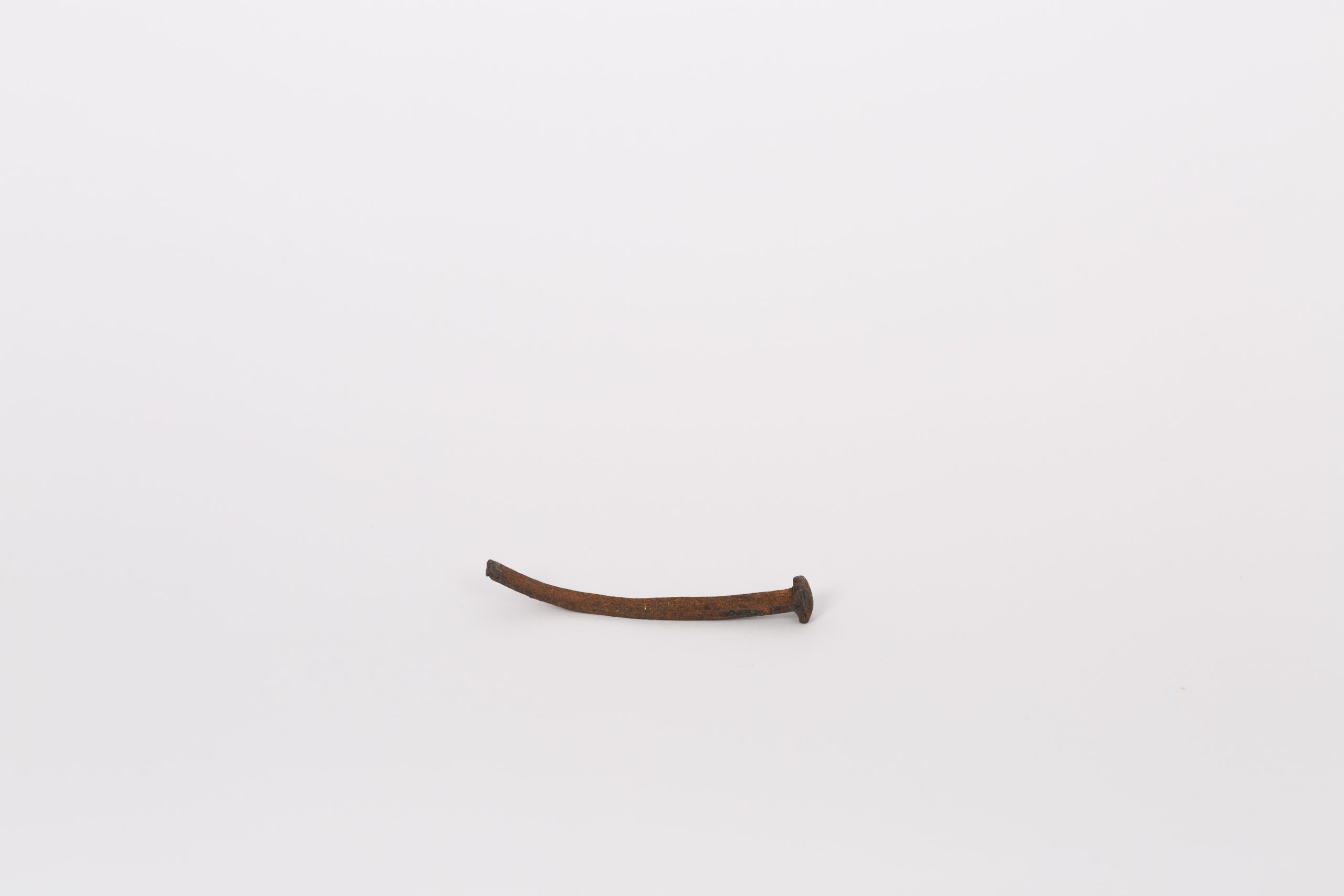 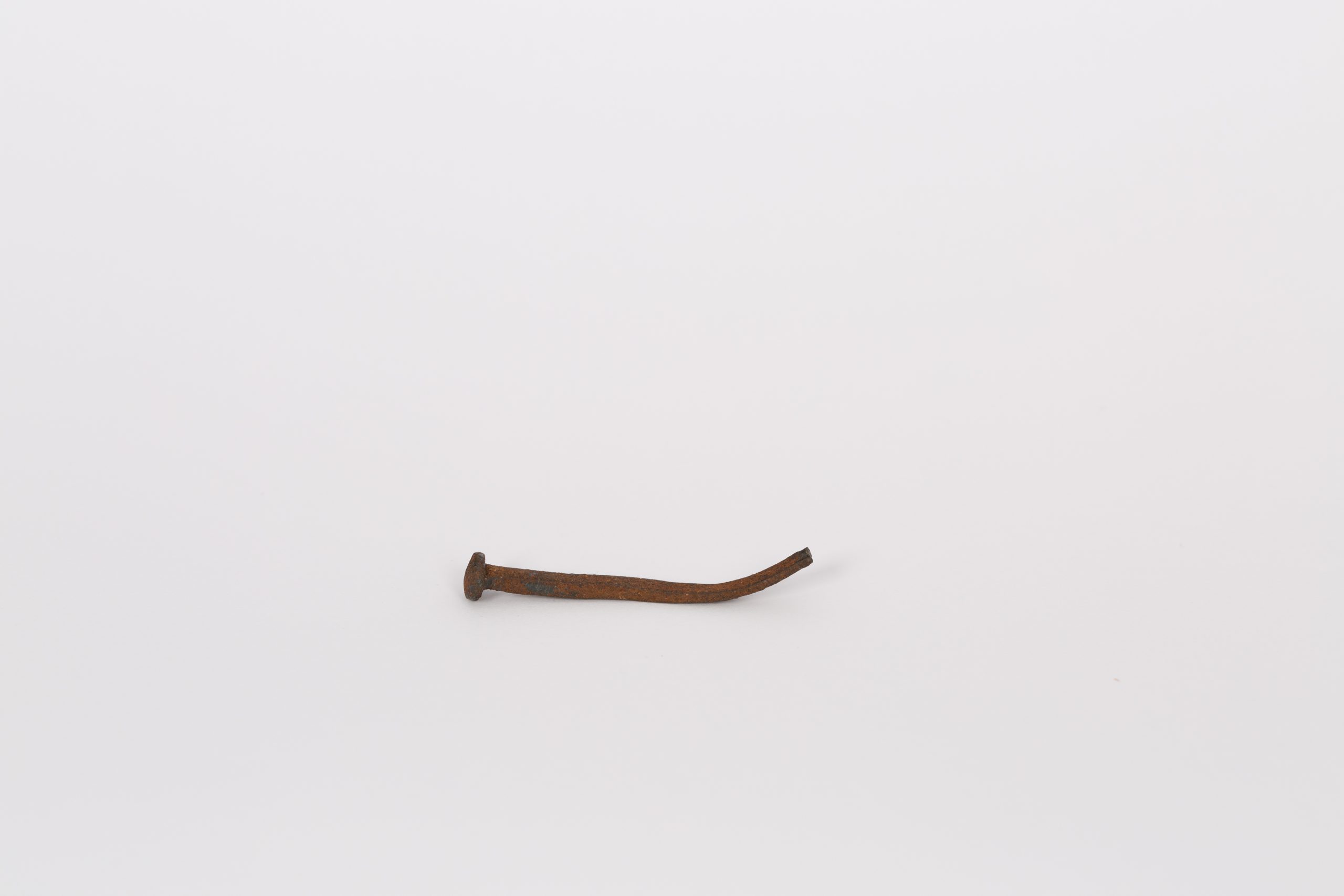 Robert Varman, ‘Bricks and Nails: Building materials as criteria for dating in Sydney and environs from 1788’, PhD dissertation, University of Sydney, 1993 (accessed 20 February 2022).

Alan Tierney, Maitland Gaol: Its Construction until its Proclamation in 1848, Castle Hill, 2018.