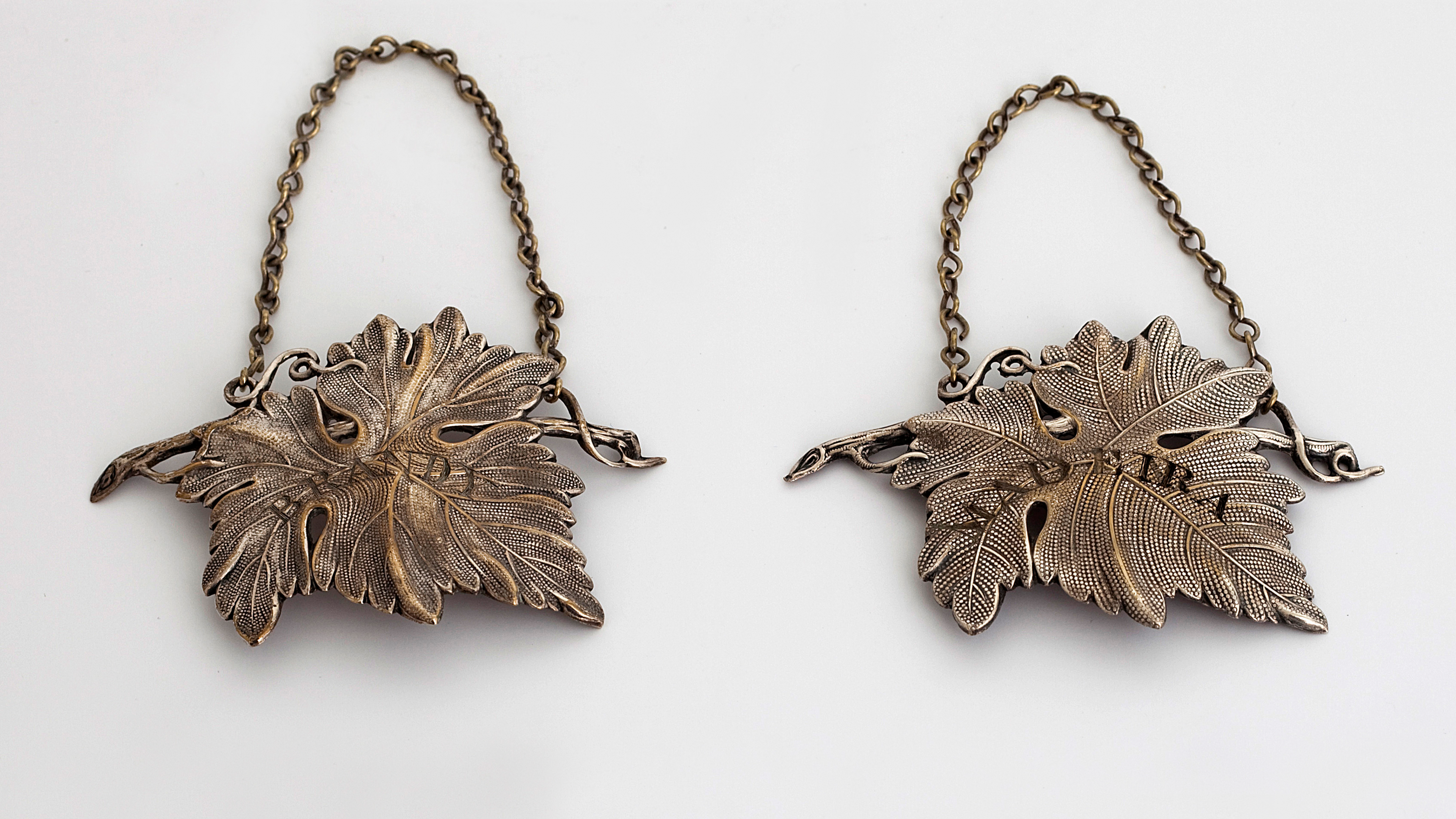 Identifying the Snake in the Glass

In the days before the twentieth century’s marketing of alcohol with distinctive bottles and branded labels, alcohol was decanted at home into glass decanters. Wine labels, or ‘bottle tickets’ as they were sometimes known, were hung on the necks of decanters to identify the contents within – in this case, madeira and brandy.

Decanters and wine labels were both stalwarts of the Victorian liquor cabinet, having been produced in large quantities since the fifteenth and sixteenth centuries. Madeira, a fortified wine, had been shipped from the Portuguese Madeira Islands since the 1400s. Brandy, a distilled wine that originated in The Netherlands, was used for medicinal purposes as well as for an after-dinner tipple, and to flame the pudding on Christmas Day.

By the time these wine labels were produced by William Edwards in Melbourne, possibly in the latter half of the nineteenth century, the grapes on Madeira were under attack from blight and madeira was going out of fashion. Brandy, however, retained its hold and, along with wine and beer, was reviled by the growing temperance movement, which campaigned for the early closing of pubs.

In 1880, while William Edwards was exhibiting a ‘miscellany of drawing room ornaments’, medals and jewellery at the Melbourne International Exhibition, the city also hosted the International Temperance Conference, putting alcohol consumption under greater scrutiny. Social reformers urged people to ‘take the pledge’ and renounce alcohol in favour of tea or coffee. While they extolled the virtues of the ‘cup that cheers but does not inebriate’ they railed against brandy and wine – in a neat turn of phrase – as ‘the snake in the glass’. 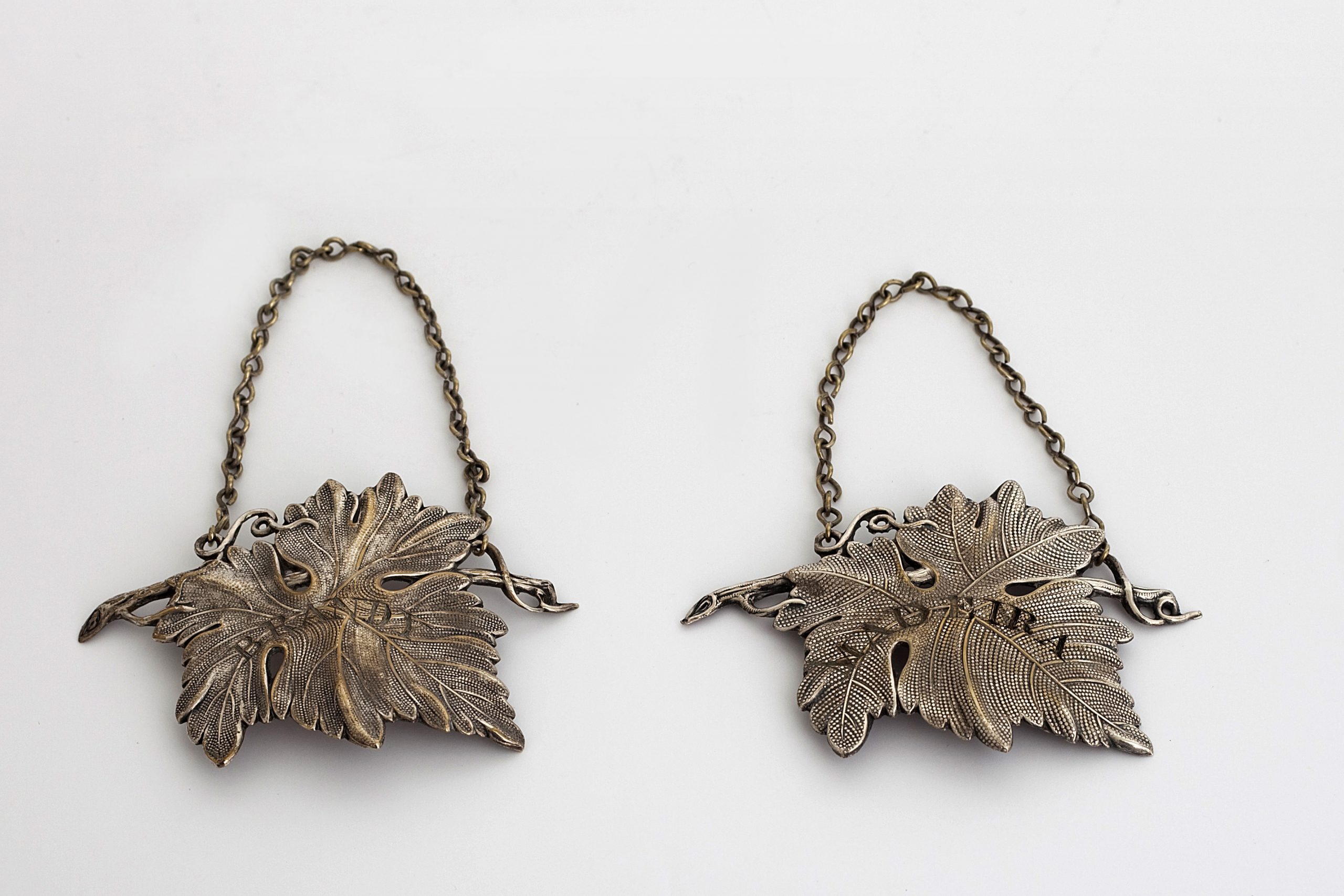 two silver wine labels in the form of grape leaves, marked with Madeira and Brandy