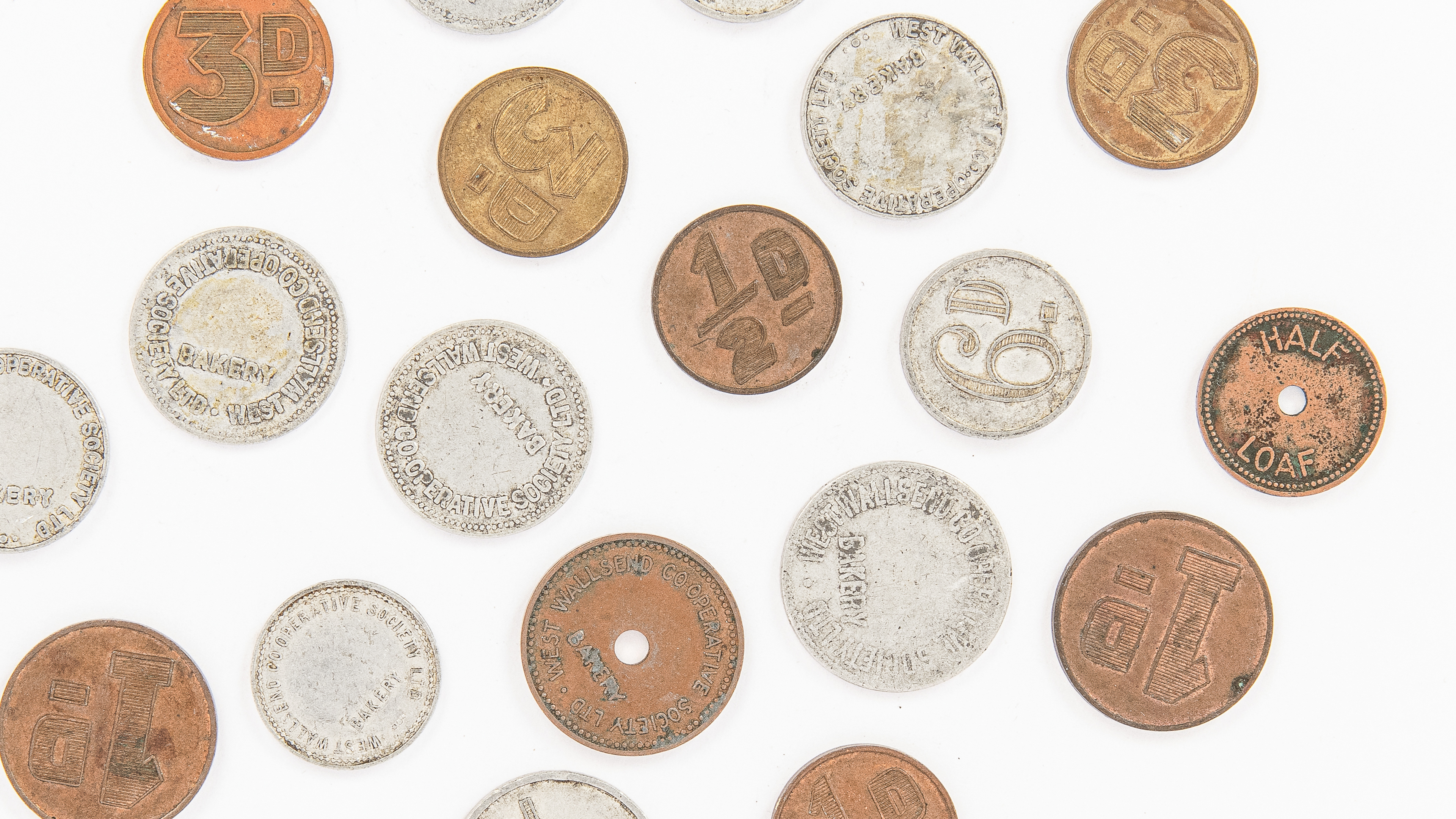 Richard Sneddon drove his horse and cart to the back door of the bakery of the West Wallsend Cooperative Society and filled his baskets with fresh loaves, which had been baked and neatly stacked on trollies the previous afternoon.

Around the town, Richard left bread at the houses of co-op members, and collected the small metal bread tokens like these, which they had purchased the week before. Some people left them in the letter box or in a tin, but others waited at their front gate, token in hand to exchange for a fresh loaf and a chat about the latest town gossip or racing tips.

Established in 1891, the West Wallsend Co-operative Society ran various production departments and sold its produce of food and household goods in its store. Surrounded by the aroma of fresh bread and putting smiles on faces, the work of the co-op’s bread carter was certainly preferable to the workplace conditions and job security many men of this coal mining town experienced. And the miners agreed – in 1922, when the co-op advertised for a bread carter, there were 53 applicants, many of them out of work miners.

In 1935, when the Royal Commission into the Wheat, Flour and Bread Industries recommended the use of tokens, they were introduced in many towns across Australia. The system ensured equitable bread prices, a safe cash-free system, advance payment for bakers, and guaranteed a family’s bread for the week. 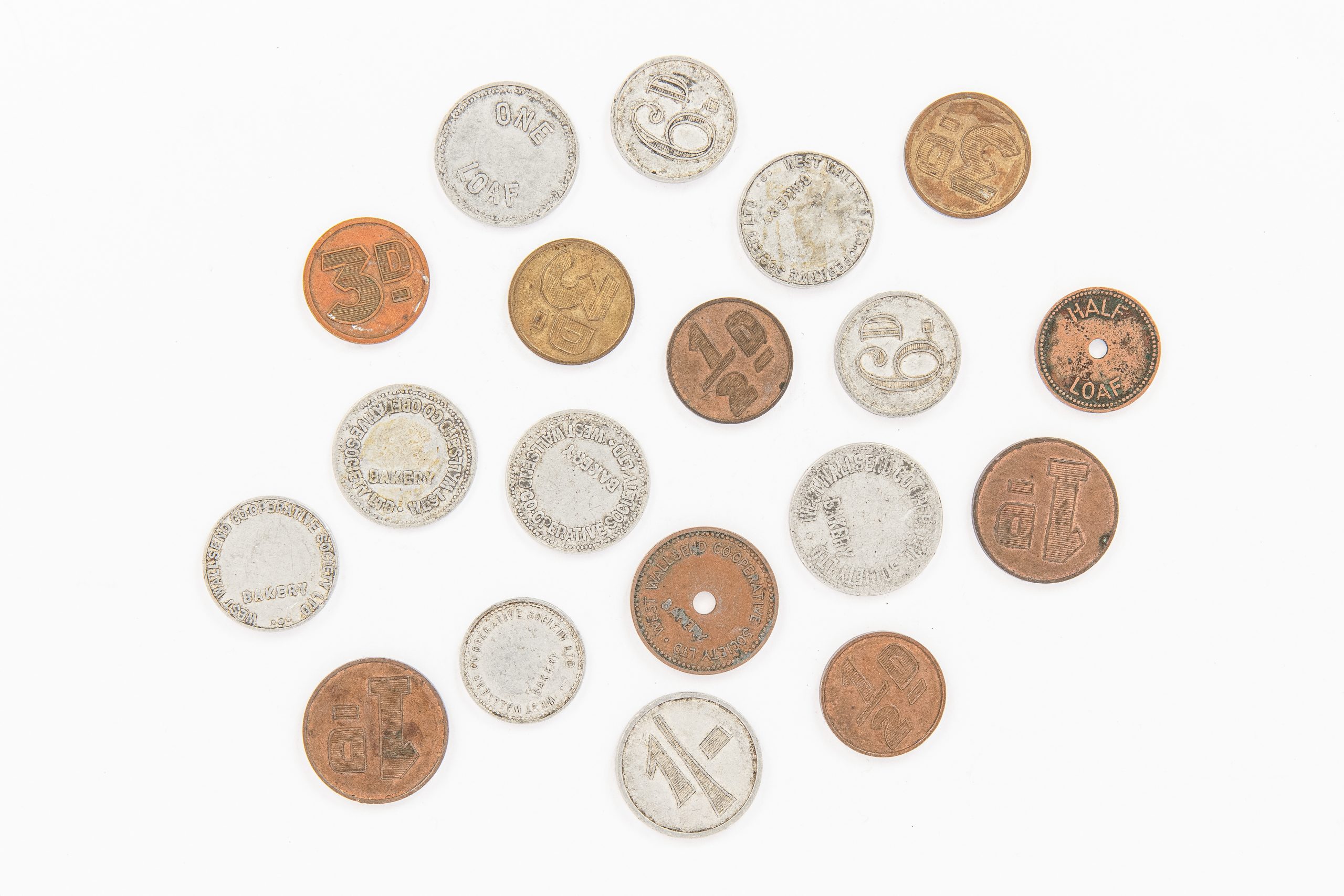 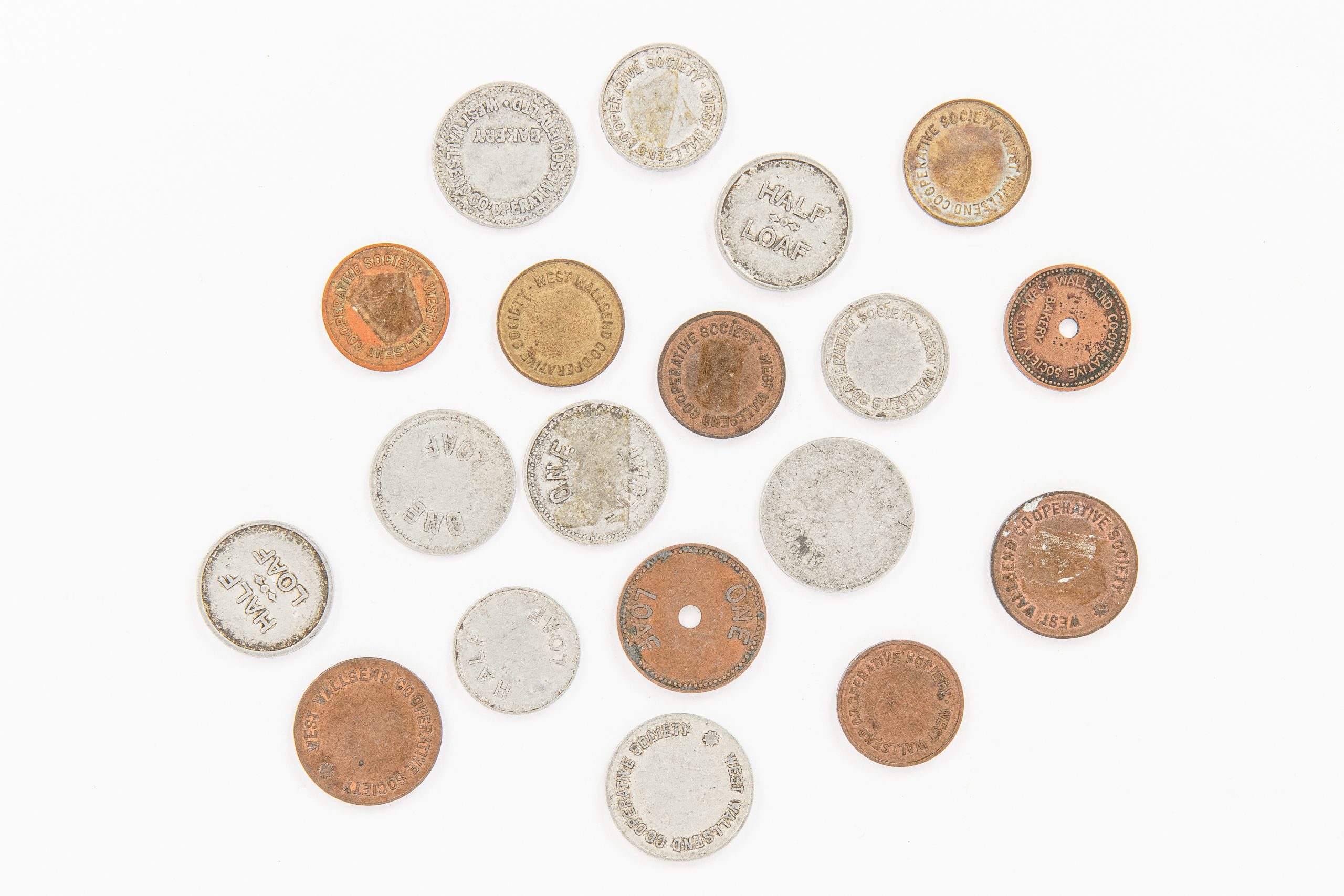 stamped copper and aluminium coin/tokens, used in lieu of money to purchase bread

stamped copper and aluminium coin/tokens, used in lieu of money to purchase bread