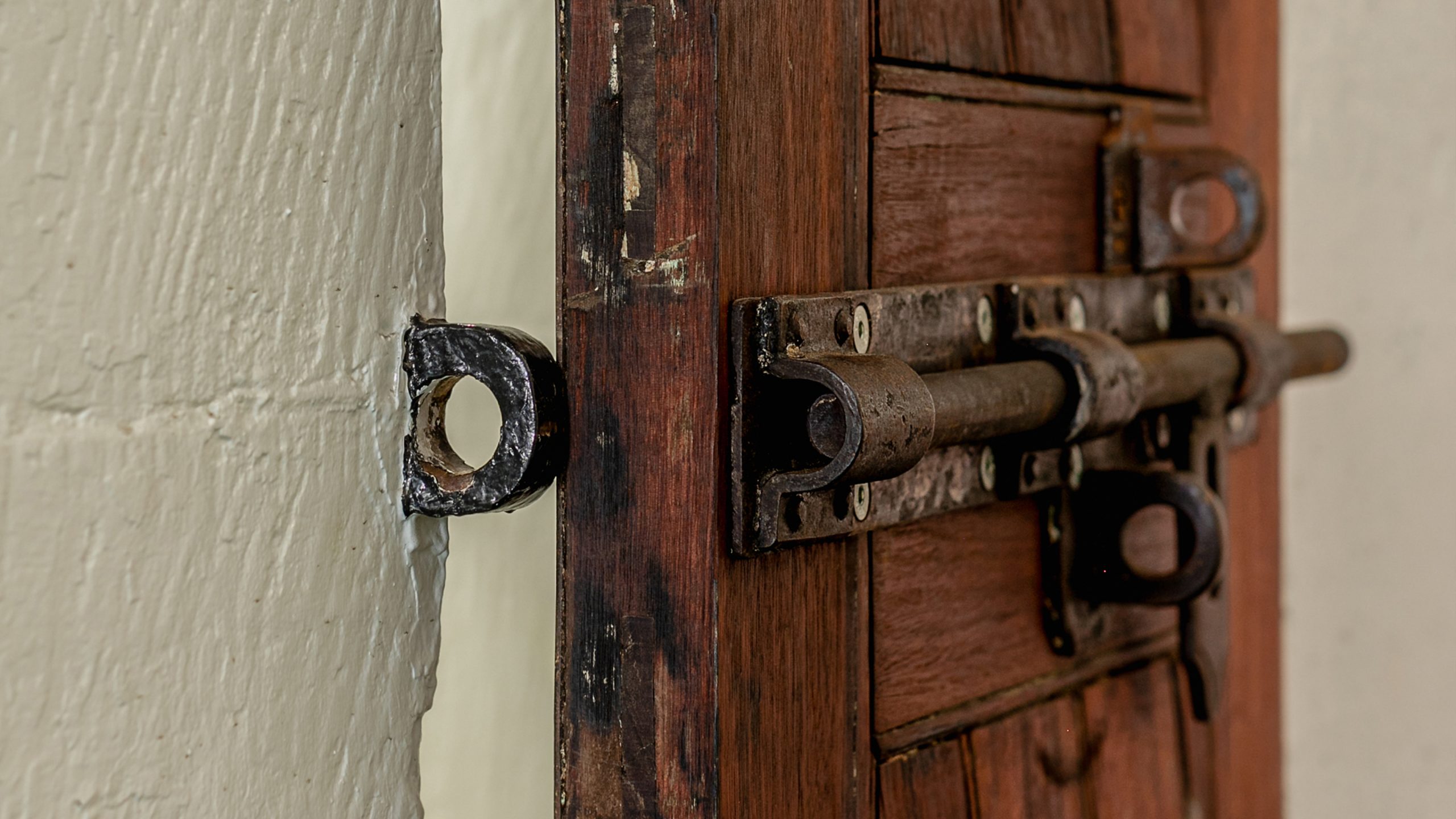 Rock and a Hard Place

The heavy timber doors creaked on their iron hinges as the warder closed them, sliding the bolts shut, and turning the key in the padlocks to secure the prisoners each night. Installed in 1867, the outer hardwood cell doors of B-Wing at Maitland Gaol (in operation 1848-1998), locked up some of Australia’s worst prisoners.

Designed to prevent escape, B-Wing was built entirely from sandstone, with two-foot-thick walls, and behind each wooden door was an iron one, bolted into the rock. Imagine the suffocating anxiety of the troublesome inmates who were sometimes contained in the narrow space in-between.

Government architect James Barnet designed B-Wing to have 44 individual cells, required by the new ‘silent-separate’ system. But throughout the twentieth century up to three men were crammed into each tiny, uncomfortable cell.

No-one knows the back of these doors like the prisoners who spent countless hours staring at them, waiting in anticipation for the sound of the key in the lock. Dank and dark, the cells were freezing in winter and stifling in summer, with minimal light and ventilation.

Generations of prisoners left graffiti on the gaol walls and rats and cockroaches were unwelcome cellmates. Each prisoner was supplied with a low stool, a bible, a roll of bedding, a bucket containing water. Toilets and running water were not installed until 1979. By that time, B-Wing was the prison’s highest security cellblock. 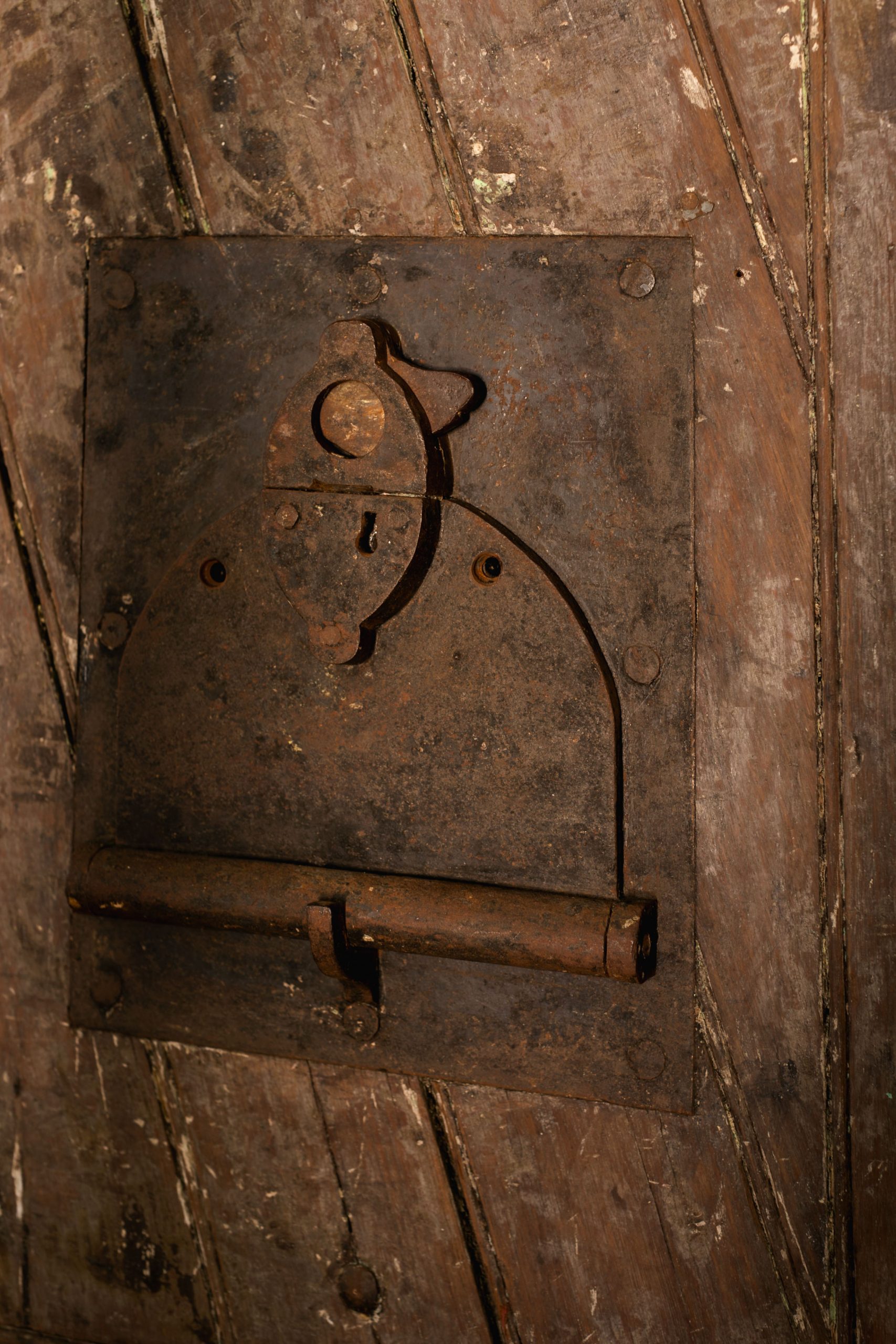 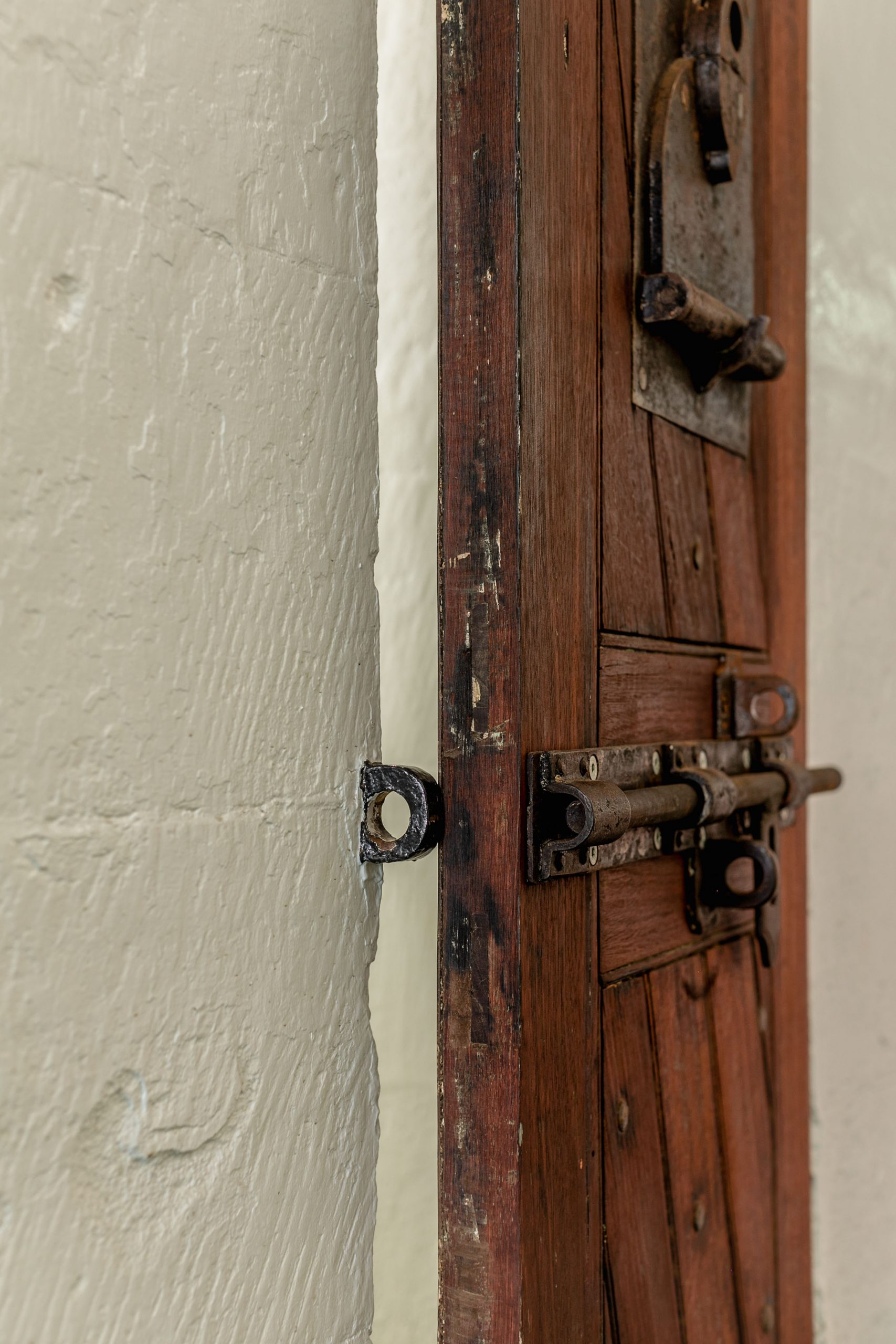 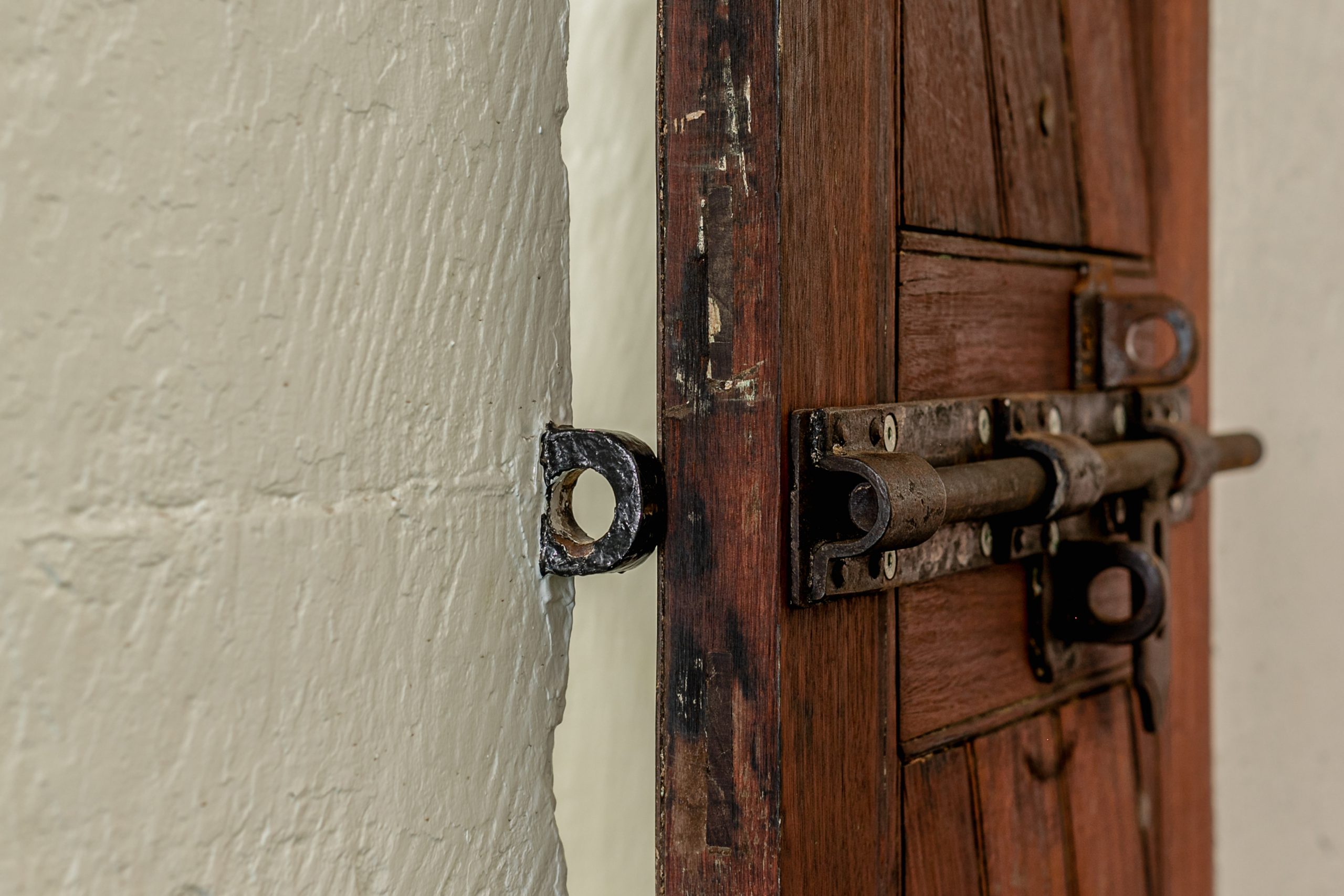 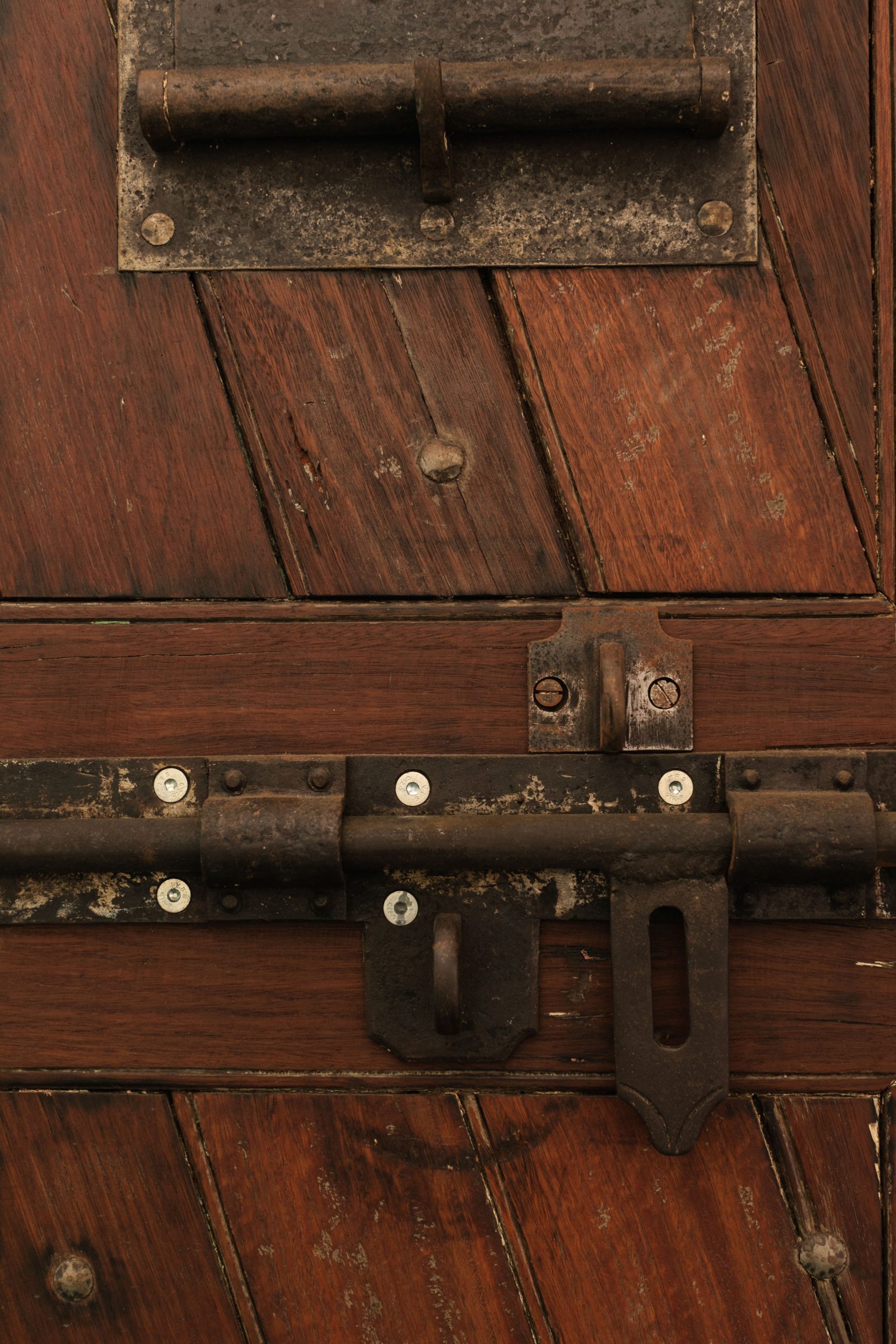 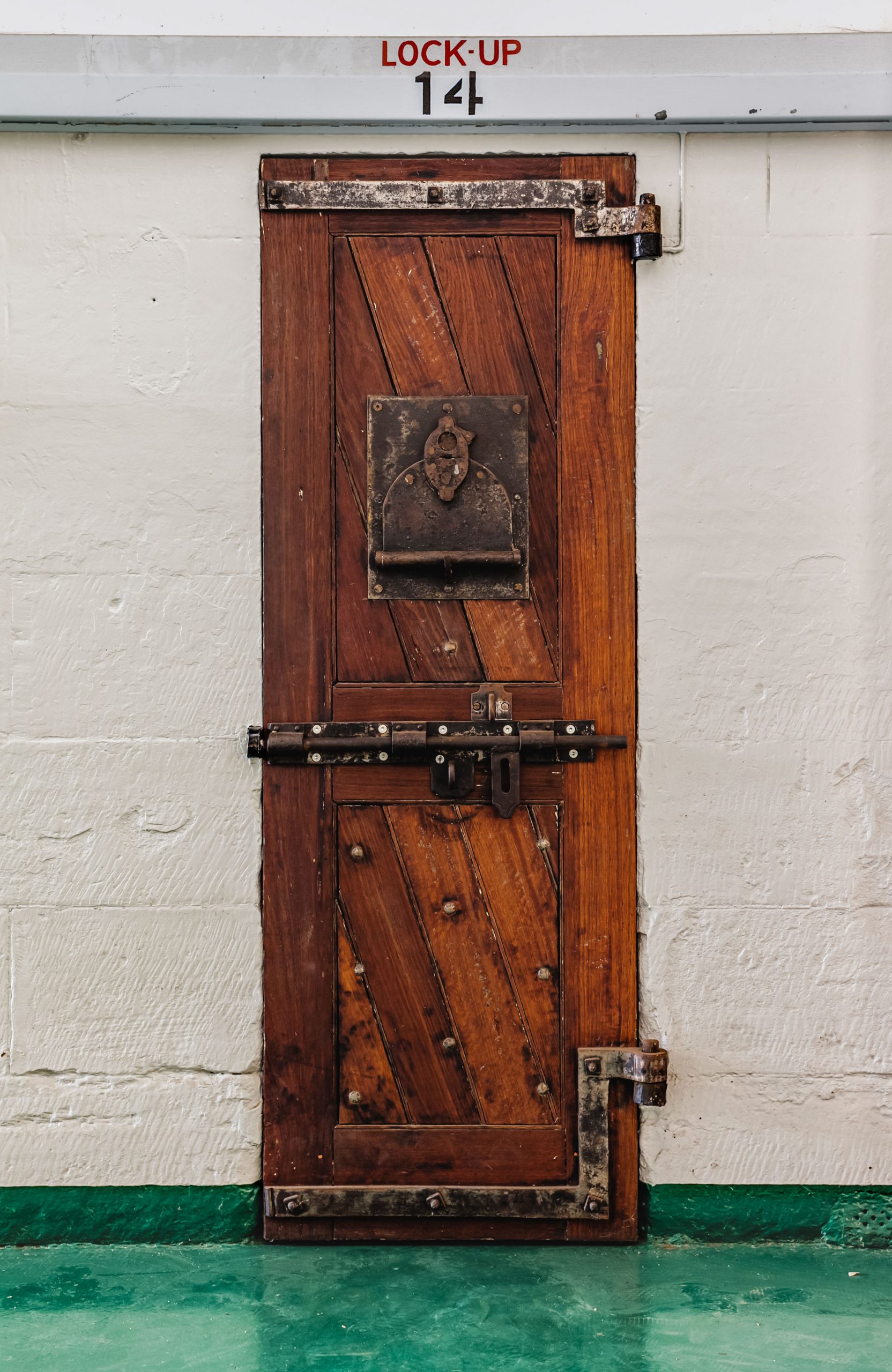 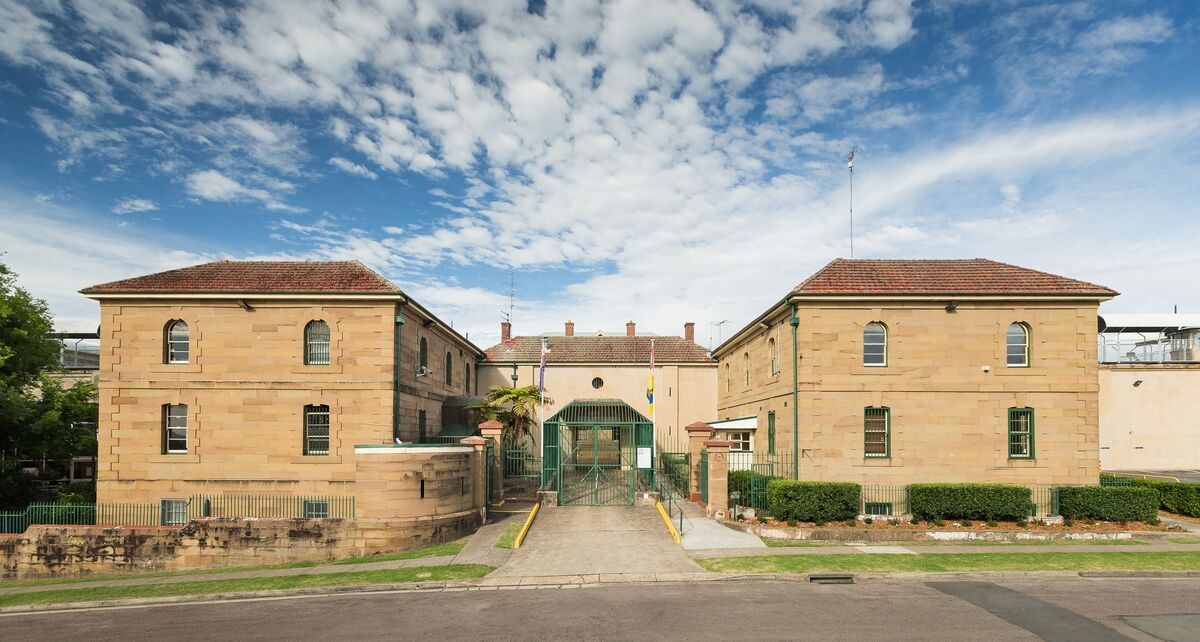