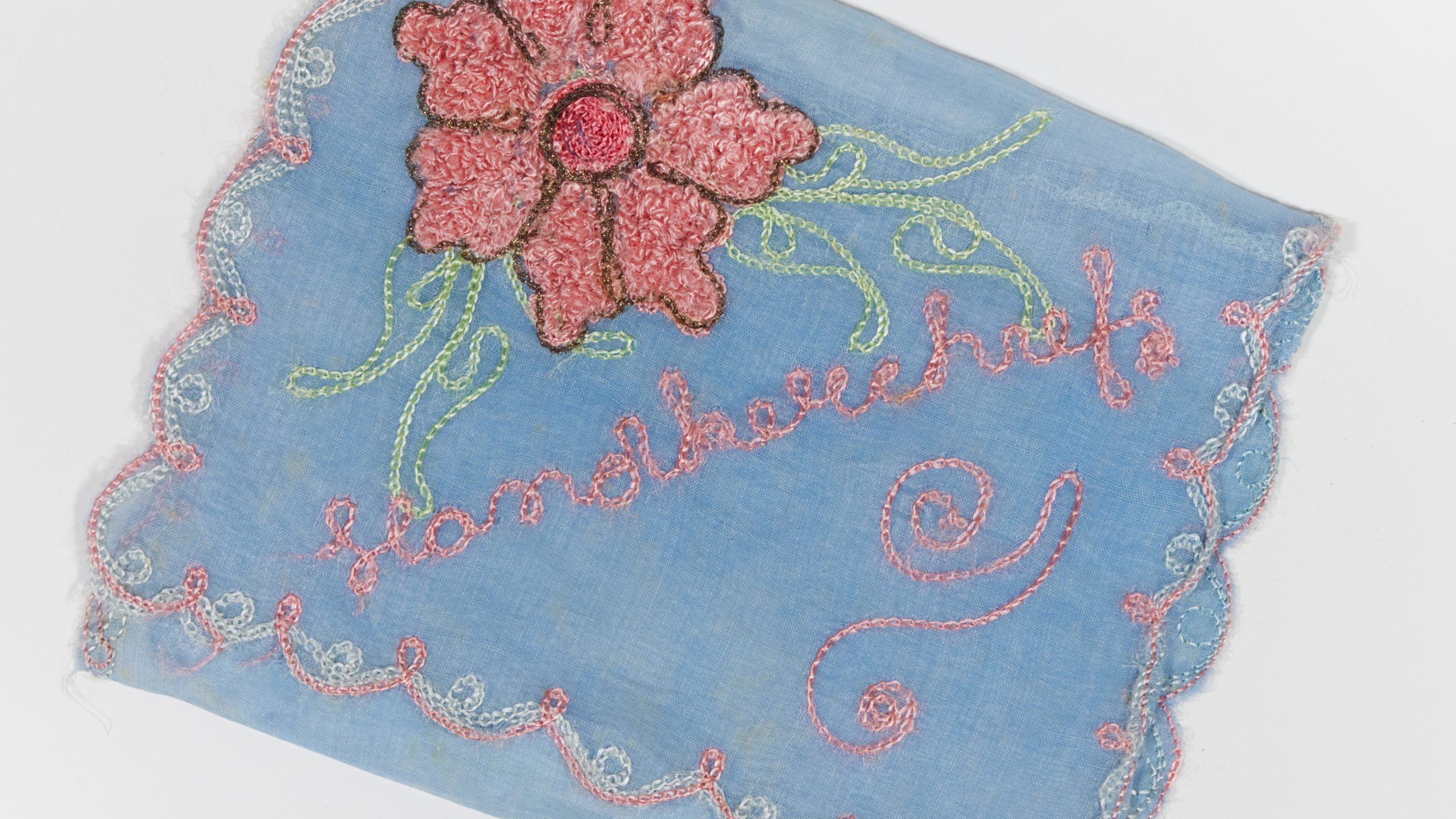 In the 1930s Gwen Wiley of Berry patiently cut out the silk fabric, sewed the seams and chain-stitched and embroidered these handkerchief sachets. And it may not have been an accident that she made them in blue.

Gwendoline ‘Gwen’ Wiley (1914-1991) was the third daughter of John and Pearl Wiley. She gained her intermediate certificate in 1930 at the Nowra Intermediate High School and passed a technical education exam for dressmaking in 1932, demonstrating her needlework skills. Later, she worked in the office of the Berry Rural Cooperative Dairy Society, with her father.

Handkerchief sachets were once a common part of a lady’s personal kit, for holding delicate handkerchiefs – equivalent to today’s practical pocket pack of tissues – and in the 1930s, they were apparently the ‘in’ thing. In 1930 C.M. Stevenson’s store in Kiama advertised them among its extensive stock of suggested ‘New Year Presents’.

But women often made their own, following patterns and instructions published in home journals and newspapers. At the Shoalhaven Agricultural Exhibitions of 1932-3, handkerchief sachets were among the ‘fancywork’ that won prizes. Perhaps Gwen had entered the competition?

In 1933 and 1937, Gwen was a bridesmaid for her sister Phyllis and her friend Mavis Emery. Maybe she sewed blue handkerchief sachets, just like these, as gifts for the brides so they could follow the tradition ‘something borrowed, something blue’.

These sachets remain as reminders of the fine needlework done by generations of women, from the time before objects were disposable and mass-produced by machines. 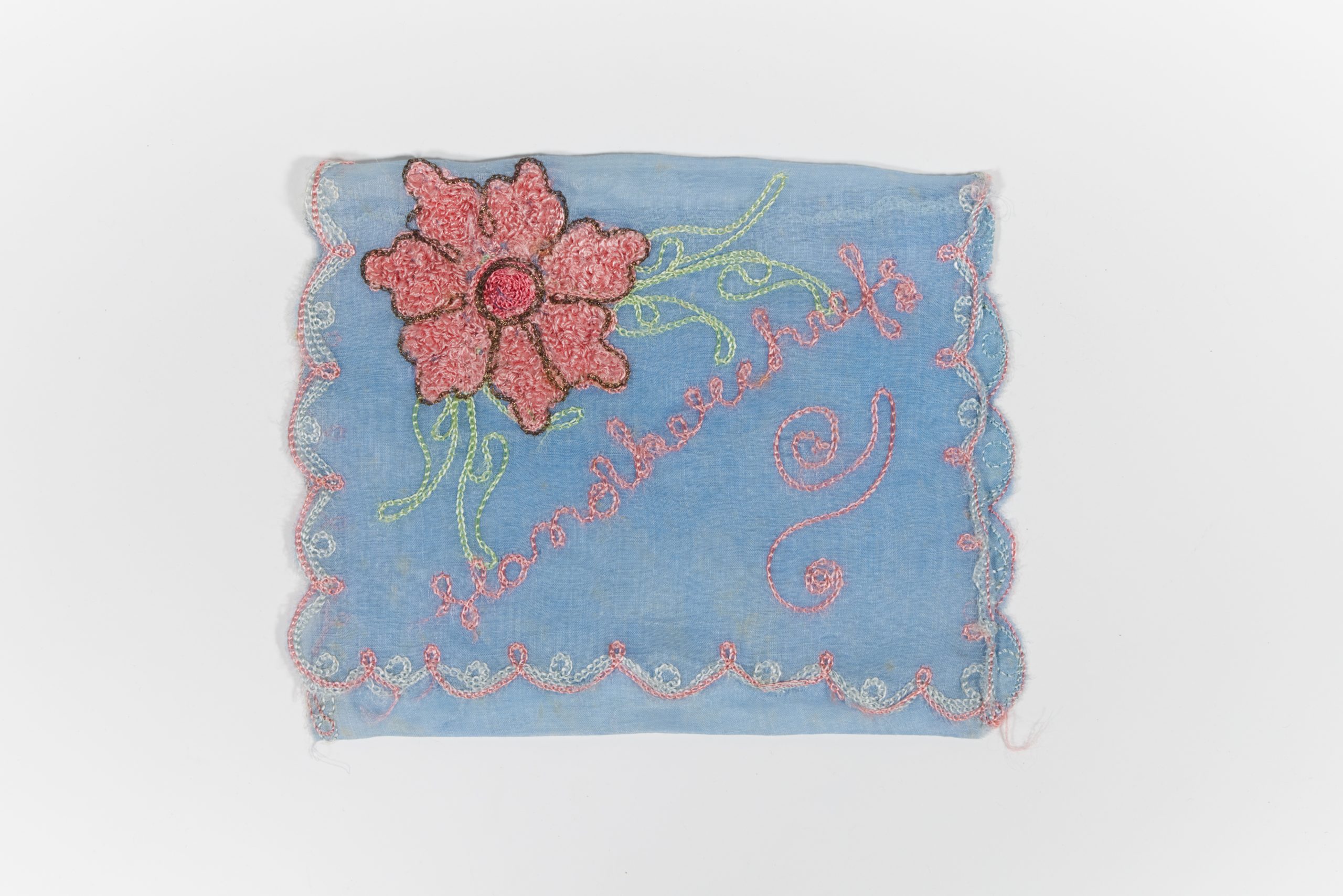 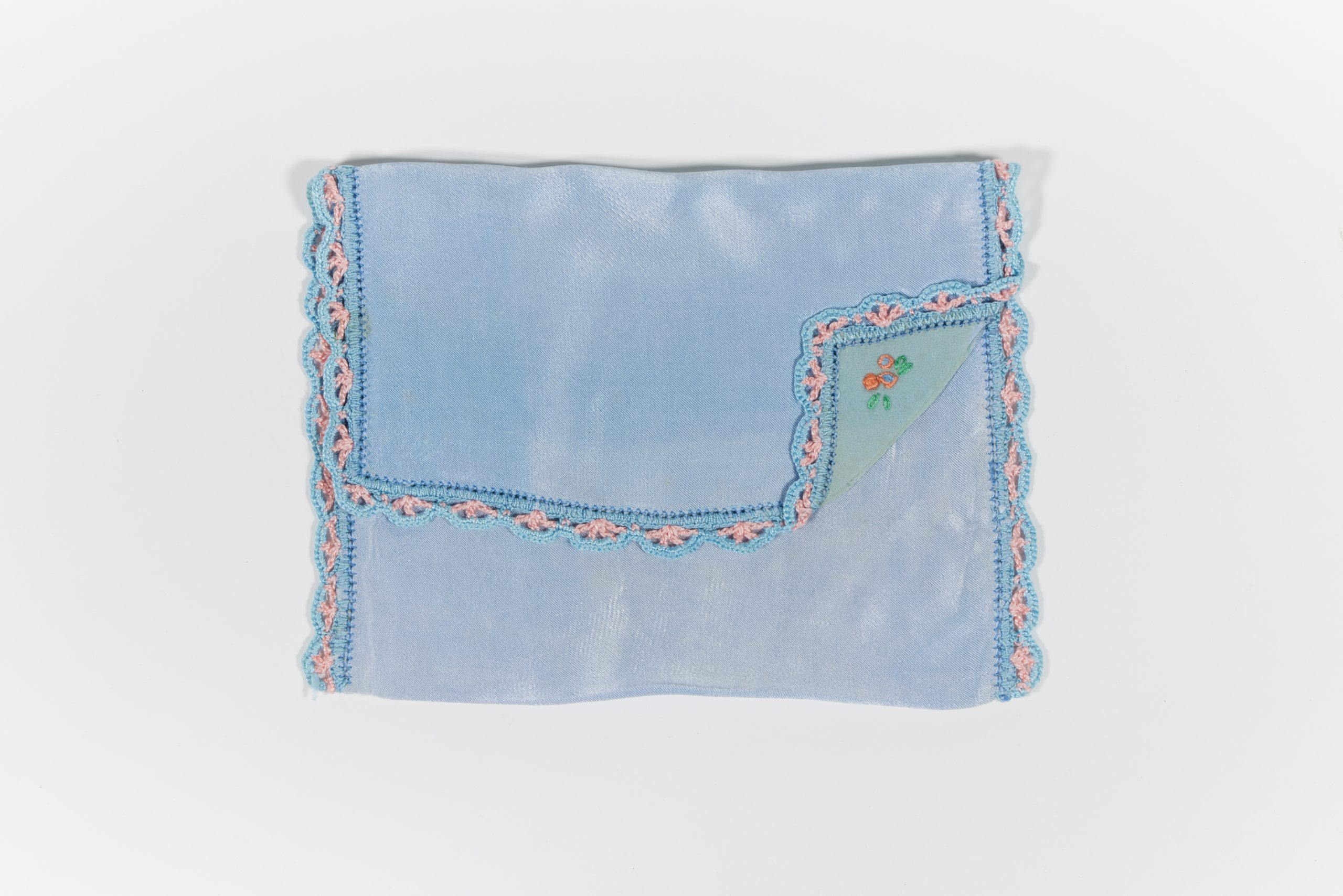